Home News Power prices in Slovenia, Croatia to remain the highest in Europe

Power prices in Slovenia, Croatia to remain the highest in Europe

LONDON (ICIS)–Slovenian and Croatian power prices are set to become the highest in Europe by the mid 2020s due to rising carbon, gas and coal prices, ICIS Power Horizon modelling shows. 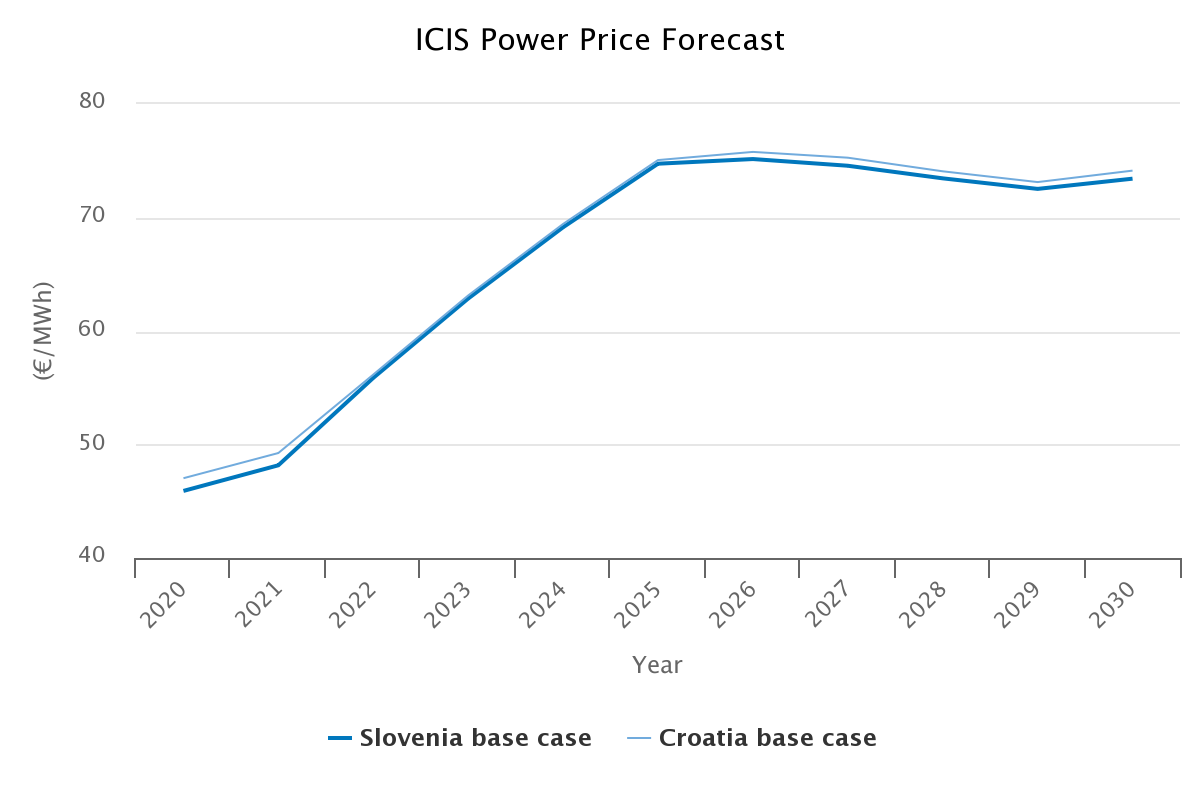 Power generation from fossil fuels represents nearly a third of the overall installed capacity in both countries, so an increase in carbon, coal and gas prices will continue to be a major influence on power prices in the region.

Coal and gas prices in Europe are expected to rise due to bullish carbon over the coming years, according to ICIS carbon forecasts .

Expectations of softening carbon prices by the late 2020s should slightly reverse the trend and pressure power prices in both countries.

In the first two years of the forecast, 2020 and 2021, power prices in both markets are expected to remain below €50/MWh, due to the ICIS carbon EU allowance (EUA) forecast holding below €27/tCO2. This is set to lower the cost of lignite generation in Slovenia, and gas generation in Croatia.

A bullish energy complex outlook by the mid 2020’s will therefore increase the cost of thermal generation in the two markets with power prices in the region expected to go above €75/MWh.

By the late-2020s power prices in both countries are set to decline slightly, to the low €70s/MWh, as result of the bearish price impact of falling carbon prices to around €21.20/tCO2e by 2030.

ICIS modelling assumes the existing 844MW lignite capacity in Slovenia will continue to operate until 2030, based on the grid operator’s ten year network development plan 2019-2028. This is despite the stricter emissions limits coming into force from 2021.

Earlier lignite closures would be bullish to power prices in the region as higher-cost coal and gas generation, and higher net power imports from Austria would help meet the shortfall. 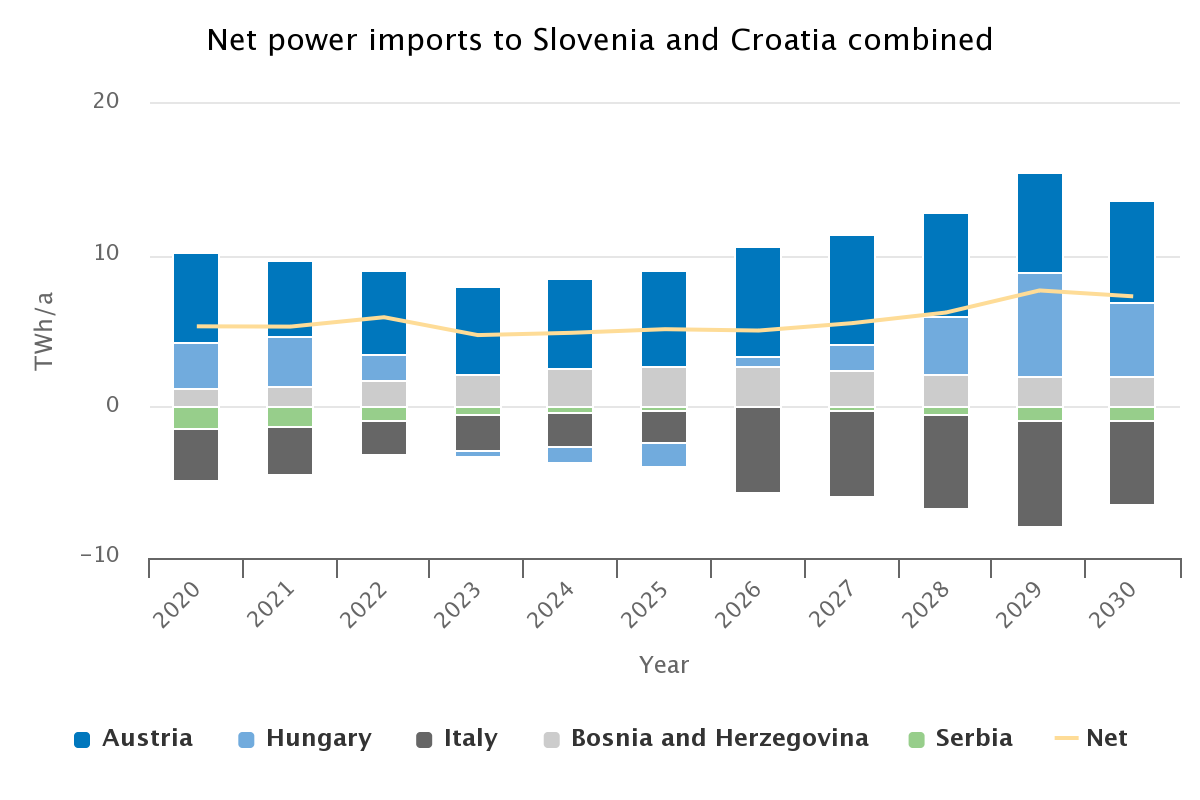 The two markets are set to see a high and growing degree of interconnection to 2030, which means prices largely follow those in neighbouring Hungary, Austria and Italy.

Both markets should also see solar and wind capacity double between 2020 and 2030 but this is minimal in absolute terms. By 2030 solar and wind is set to make up 4% of power generation in Slovenia and 15% in Croatia.

Croatia and Slovenia have a high share of hydro in the generation mix, meaning that changing hydrological conditions will continue to drive power prices in both markets.

On average, ICIS Horizon modelling forecasts 40% of power demand in Croatia will be met through imports between 2020 and 2030, mostly from Hungary and Slovenia.

In Slovenia, the share of coal and lignite generation in the mix is set to increase from 35% in 2020 to 39% by 2030 as rising power prices in the region improve margins.

In addition, Slovenian exports to Italy are set to rise in the late 2020s as capacity is expanded by 1GW in both directions and 8GW of Italian coal capacity is phased out by end of 2025. Additional reporting by Marta Del Buono