The sharp global economic downturn caused by the coronavirus pandemic and the collapse in crude oil prices has wide-ranging implications for the fertilizers industry.

Bookmark this Topic Page to stay up to date at this unprecedented time with expert insight and analysis of the impact these developments are having on fertilizer markets.

Scroll down to see the latest interactive graphics, podcasts and videos. 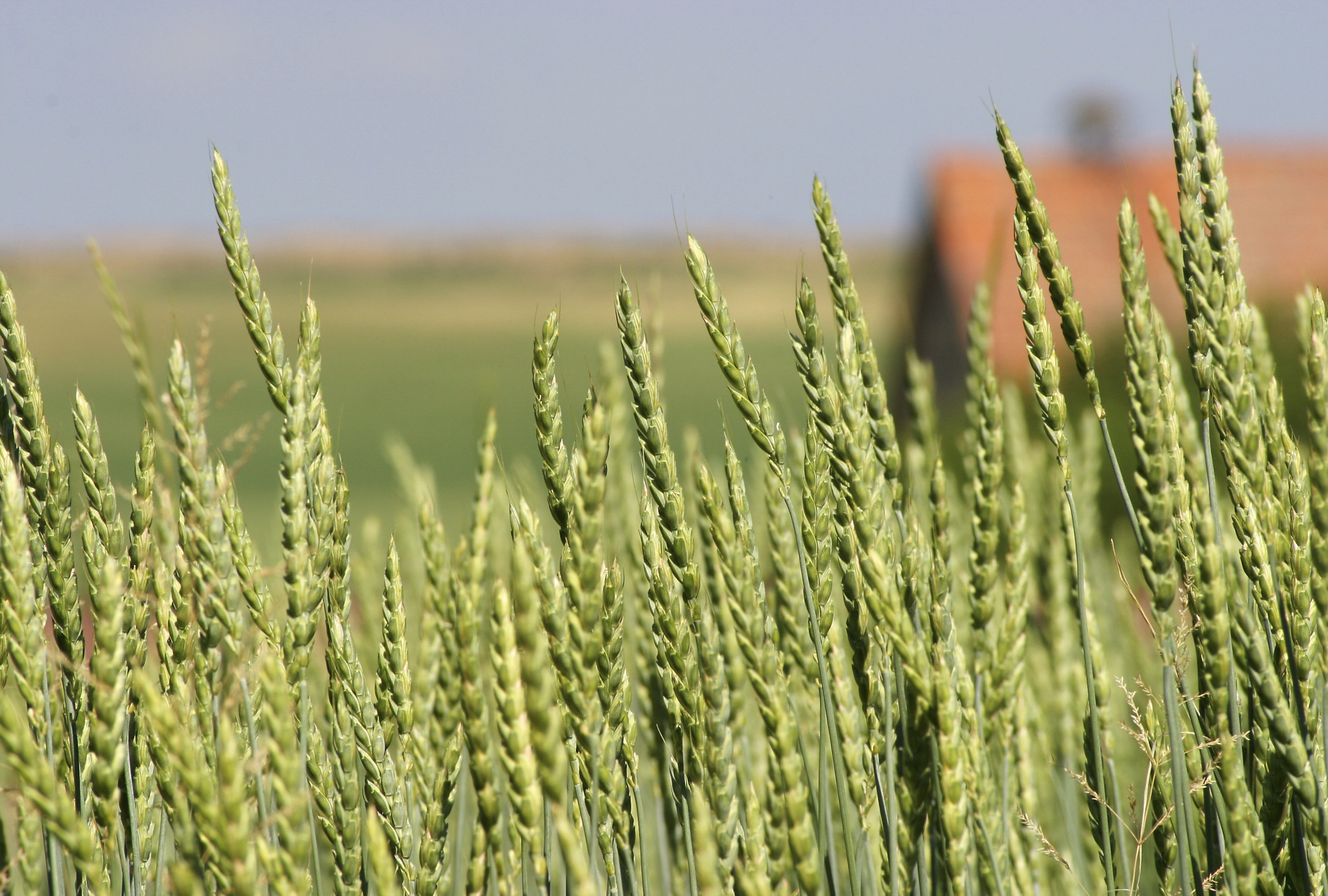 By Richard Ewing 5-Mar-21 LONDON (ICIS)–Dutch fertilizer major OCI on Friday announced the signing of two memorandums of understanding (MoU) as it seeks to commercialise ammonia and methanol as the “shipping fuels of the future”.

The first pact is with MAN Energy Solutions (MAN) and Hartmann Gas Carriers Germany (Hartmann), under which OCI intends to charter ammonia vessels built, owned and operated by Hartmann and its commercial arm, GasChem Services. These vessels will be operated using ammonia engines designed by MAN.

By Joseph Chang 5-Mar-21 NEW YORK (ICIS)–Here’s Big Oil’s dilemma. Its main products are oil and gas, and the energy transition is rapidly under way. Utilities are building solar and wind capacity, EV battery plants are under construction, and start-ups are building networks of charging stations. Where might oil companies compete?

They could choose to play in these areas, and indeed a number of European oil companies – including Total, BP and Shell – are going full speed ahead on these fronts.

By Jonathan Lopez 2-March-21 LONDON (ICIS)–Global carbon dioxide (CO2) emissions were lower in 2020 year on year due to the lockdowns-induced lull in the second quarter, but by December they were already 2% higher than in the same month of 2019, the International Energy Agency (IEA) said on Tuesday.

Countries’ lack of clean energy policies was compounded by the economic recovery from the first wave of the pandemic, which has been powered by the traditional fossil fuels that emit greenhouse gases (GHGs) causing global warming; CO2 is one of them. 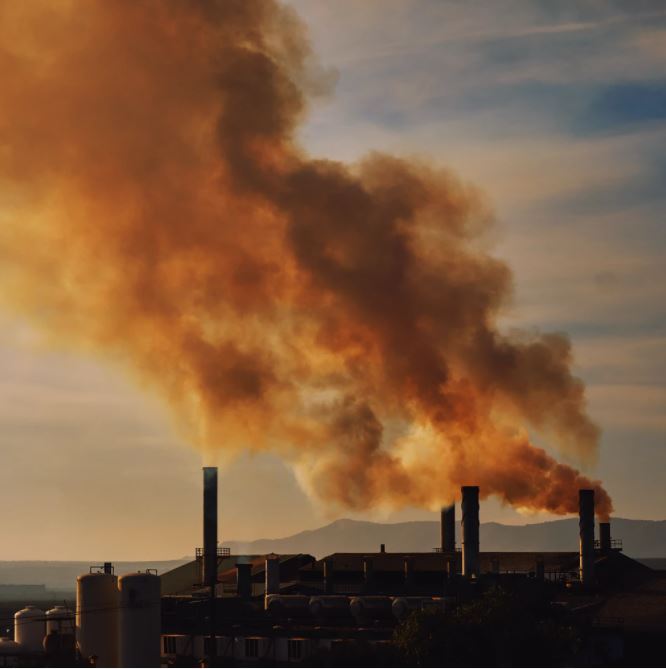 By Richard Ewing 1-March-21 LONDON (ICIS)–Bolivia’s Minister of Hydrocarbons and Energies on Friday announced a strategic plan for green hydrogen generation to increase the country’s energy potential and to reduce greenhouse gas emissions.

Franklin Molina told a virtual event the government of Bolivia not only aims to promote the development of clean hydrogen-based technologies, but also through the use of solar, wind, hydro, geothermal and biomass energies.

Operations at US Gulf ports minimally affected by storm

By Adam Yanelli 19-Feb-21 HOUSTON (ICIS)–Operations at two major US Gulf ports saw minimal impacts from the winter storm that has led to the shutdowns of US refineries and petrochemical plants in the region.

In New Orleans, a spokesperson said operations are normal at Port NOLA as of Friday morning.

By Sylvia Traganida 17-Feb-21 LONDON (ICIS)–Sylvia Traganida speaks to senior editor Andy Hemphill about the annual supply agreements signed by Belarus Potash Company and its Indian and Chinese buyers, and what it means for the global potash trade.

By Richard Ewing 12-2-21 LONDON (ICIS)–An unprecedented series of unplanned ammonia plant shutdowns both sides of the Suez was the catalyst for another rise in international prices as companies raced to find replacement tonnes.

At least five plants, including three involving Norway’s Yara, are confirmed as offline, removing a combined 300,000 tonnes/month of product – about 20% of merchant seaborne trade – from an already bullish market.

ICIS is excited to announce the launch and production of the Global Fertilizer Trade Flow Map in partnership with the International Fertilizer Association (IFA).

The map provides a geographical picture of the trade flows of fertilizer products between the major producing and importing countries in the world, as well as production and consumption data. 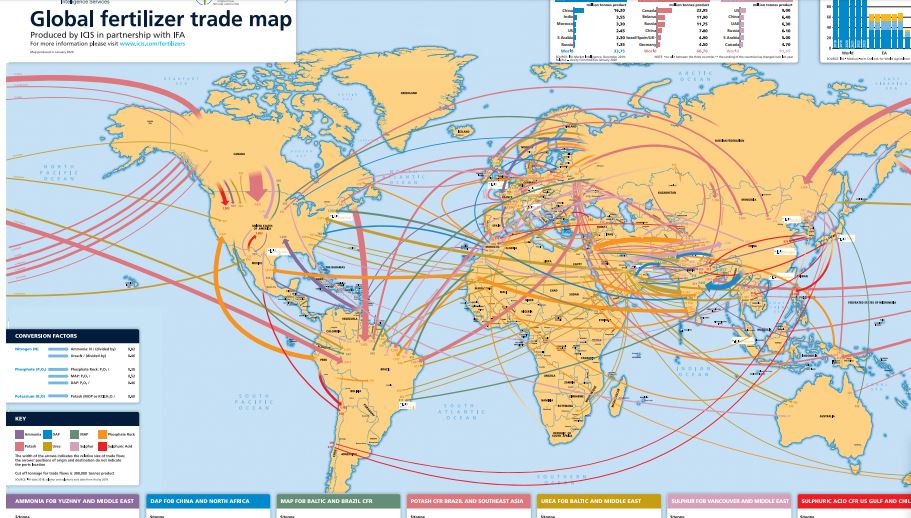