HOUSTON (ICIS)–The central bank of the US is expected to lower rates for the first time in nearly a decade, and that could increase domestic and foreign demand for the nation’s chemicals as well as make them more competitive in foreign markets. 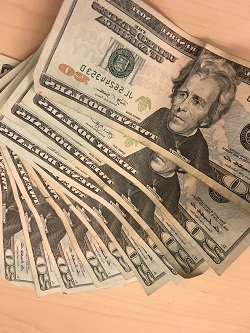 The decision should take place on Wednesday afternoon. Many expect the Federal Reserve to lower the federal-funds rate by at least a quarter point to 2.00-2.25%. If it does lower the rate, then it should have a cascading effect on both long-term and short-term interest rates.

This should benefit the country’s chemical industry because lower rates make it cheaper to borrow money and less attractive to save it. That encourages consumers and business to spend money, increasing demand for chemicals used in a range of products.

Those products could include automobiles, paints and other supplies used in home improvement, and packaging used in non-durable goods, said Kieran Cosgrove, senior consultant for ICIS.

The federal-funds rate can have another effect on the chemical industry.

When the rate is high versus that for other countries, then that will typically attract investors to dollar-denominated assets, said Gregory Daco, chief US economist for Oxford Economics. That leads to a stronger dollar.

When the Federal Reserve lowers the rate, it makes dollar-denominated assets less attractive, leading to a weaker exchange rate. A weaker dollar, in turn, makes US exports more competitive.

That is a good thing for the US chemical industry, since it is already a net exporter. Those exports should continue growing as companies start up more plants, particularly polyethylene (PE).

Unlike much of the world, US chemical producers rely predominantly on gas-based feedstock such as ethane. As a result, when oil prices rise, US plants gain a cost advantage, since most of their foreign competitors rely on oil-based naphtha as a feedstock.

Oil is bought and sold in dollars, so a weaker dollar increases the price of oil.

Other trends could offset these benefits that US producers would get from a weaker dollar.

For exports, logistical constraints could make it more difficult for US companies to ship chemicals out of the country, Cosgrove said.

For oil prices, the effects of the US dollar could be overwhelmed by trends in supply and demand.

Globally, naphtha could enter a surplus this year, according to Cosgrove, who pointed to figures from the ICIS Supply & Demand Database. That surplus could grow next year and persist through 2022.

This effect of a weaker dollar could prove transitory, since it depends on US interest rates remaining low in relation to those in other parts of the world.

If other central banks lower their interest rates, then that would cause their currencies to weaken in relation to the dollar, said Daco of Oxford Economics.

As it stands, the European Central Bank is expected to lower interest rates some time this year. Economists expect Brazil’s central bank to lower rates by a quarter point when it meets on Wednesday.

Such companies typically use term loans, which have variable interest rates, he said. Investment-grade companies will see less of a benefit, since a large amount of their debt is in financial bonds. These typically have fixed interest rates.

While US chemical producers stand to benefit from lower rates, that’s not the main reason why the Federal Reserve would lower them.

It would do so to staunch any threat to growth in the US.

The Federal Reserve is concerned about slower global growth, a stronger US dollar and rising trade tensions, Daco said. “All three factors have weighed on business investment in the US economy and have constrained exports.”

This has all played out through economic statistics.

The International Monetary Fund (IMF) has lowered its forecast for global GDP growth.

Chemical companies continue to describe slower economic conditions in China and Europe, whether it is in earnings statements, conference calls or profit warnings.

Global weakness leads to Daco’s second concern. Countries are facing more dire economic conditions than those in the US, and their central banks will likely lower their interest rates.

It’s not just a stronger dollar that is working against US exports.

The US has yet to resolve its trade dispute with China, and the tariffs that the countries have imposed on each other remain.

The trade disputes that the US has with other parts of the world could intensify if it carries out threats to impose tariffs on auto parts and vehicles from the EU.

Tariffs act as a tax, and taxes lower economic growth.

Lower US rates could offset these trends, but their effect could be limited, said John Rogers, senior vice president at Moody’s Investors Service. “While it’s a good thing, it’s not that instant cure that maybe some would hope it would be.”

Growth in other parts of the world is still slow, and trade disputes are a much bigger issue, Rogers said. Trade tensions are behind the slowdown in the industrial sector.

“The industrial economy is pretty weak, and I think that is more tied to trade tensions than it is tied to interest rates,” Rogers said.

“We certainly see the industrial malaise continuing into the third quarter,” he said. “Without a resolution to the trade wars, we don’t think that there’s a catalyst for real improvement to what’s going on in the industrial side, either in the US or globally.”