ICIS price assessments for polyethylene (PE) are widely used by market players globally in contracts and trade deals. Our reports provide you spot and contract prices for key PE grades, as well as feedstock prices and trends drawn from our global network of trusted sources.

ICIS offers short-to-long term solutions – from historical and forecast pricing data, news and market analysis, to supply and demand forecasts, ensuring you can evaluate the markets from every angle. 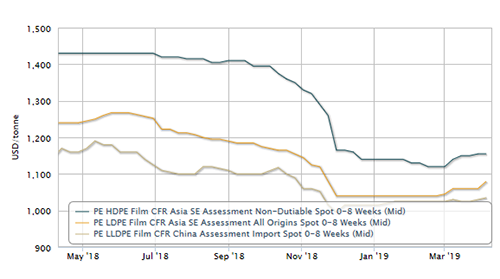 Supply in China decreased in Q2 on domestic scheduled annual maintenance and reduced imports. In southeast Asia, supply also remained under pressure because US winter storm-related plant outages had yet to fully resume. Middle Eastern and regional southeast Asian supply was sufficient to meet the sluggish demand and prices came under heavy pressure in April/May before recovering in early June.

Demand slightly dropped in Q2 2021 in China due to poor profit margins among plastic manufacturers and also due to skyrocketing prices amid the reduced supply from the US. Packaging demand in China and southeast Asia turned out to be weaker than anticipated as southeast Asia also grappled with the persistent threat of COVID-19 affecting growth and economic activities.

Supply was very much grade driven in Q2. LDPE has remained tight, as well as higher alpha-olefin LLDPE, including metallocene LLDPE, where imports and local supply issues were common. HDPE was widely considered the weakest grade by the end of the quarter and was the only grade that saw contracted prices slipping. Spot supply for most grades eased, and imports were widely expected.

Demand in Q2 was mixed, depending often on the supply available. Smaller buyers tended to slow down buying as they expected prices to begin to slide, and bought one truck less rather than one truck more, as they had done when prices were soaring. Larger buyers have continued to buy as normal. Packaging and construction sectors are expected to remain healthy.

Demand levels were stuck in the doldrums in tQ2. The Turkish Plastics Federation called for its members to avoid all purchases, in an effort to counter historic high prices. Although some of this is likely down to demand destruction, there was indeed a sustained fall in buying interest around the time this announcement was made.

Latin America PE supply in Q2 remained tight in Mexico as producers faced several plant issues, despite Braskem Idesa resuming operations both local producers continue facing limited feedstock availability. Supply in Brazil has improved as material deliveries from Braskem normalised as the producer lowered utilisation rates from 87% but are still above normal around 80%. Export availability from the US remains tight following the polar storm but is improving. HDPE supply was very tight.

Availability improved significantly in Q2 and was sufficient through the quarter. As facilities in the US resumed operations after disruptions due to the polar storm, demand for Middle Eastern imports in the US and Latin America fell, freeing up volumes for other markets, including those in the GCC. The completion of maintenance at key Middle Eastern facilities in Q1 also contributed to improved supply from regional producers.

Trading activity in the region dipped early in the quarter with the onset of Ramadan in mid-April. There was some uptick in buying activity for restocking after the Eid ul-Fitr holidays, but the overall declining trend in prices amid improved availability capped bulk purchasing, as buyers kept to need-based buying and avoided building stocks. The absence of any significant demand increase in Asia, a major driver market, further weighed on volumes booked.

The start of the quarter saw demand by eroded by never-before-seen high pricing. Africa entered a seasonal low period in June. This was exacerbated in west Africa by a drought, which limited energy production at hydroelectric powerstations in Ivory Coast and Ghana. These two nations provide power to many neighbouring countries. Power was limited to only a few days a week and massively reduced demand from many converters.

Supplies loosened following the severe supply disruptions seen in Q1, although supplies remained short relative to market demand. Supplies were particularly tight for HDPE injection and blow-moulding grades, while LDPE and LLDPE C6 supplies were also restricted. Participants throughout the industry spent much of the quarter struggling to rebuild inventories ahead of the Atlantic hurricane season.

Domestic demand remained healthy through Q2 on expanding manufacturing activity and persistent strength in demand for PE packaging, stemming from pandemic-induced shifts in consumer behaviour. Export demand slowed as high prices for US product relative to material from other regions narrowed arbitrage opportunities, while supply constraints caused producers to curtail their export allocations.

Subscription to the ICIS polyethylene pricing reports includes complimentary access to our petrochemical analytics platform providing you with a 360-degree view of the market.

Price alerts and market updates: Shifts in prices, latest news on the PE market developments and changes to regulations and demand trends

Weekly market outlook: Overview and outlook for the overall PE market, including a brief commentary on the other regional markets 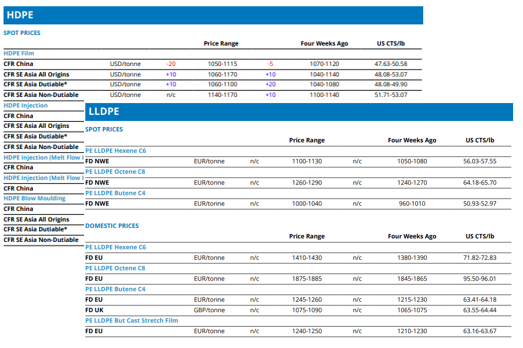 The ICIS pricing intelligence service comes with analytics tools that take away the hassle of developing your own analysis. Quickly access data such as: 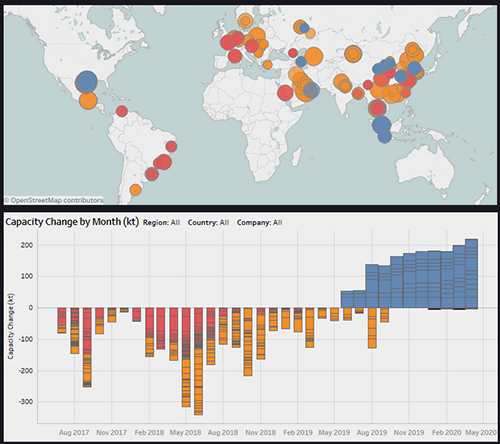 Plan your market position with ICIS 12-month rolling price forecast. Understand where the market is heading to shape your short-term pricing and negotiation strategies.

Our concise monthly reports include details of prices, margins, capacity, supply and demand for the next 12 months. The reports are quick to read and support fast decision-making. 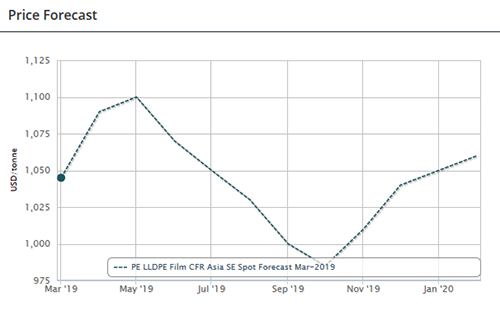 Stay on top of polyethylene and other related commodities such as its feedstocks across all regions with ICIS news.

Gain a long-term view of the market with ICIS Supply and Demand data (1978-2040), which offers end-to-end perspectives of the polyethylene supply chain – HDPE, LDPE, LLDPE, ethylene and crude. 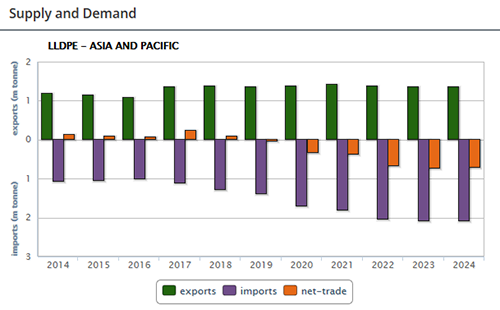 Training: ICIS polymer training provides market players an overview of the plastics market value chain, including polyethylene. Our team of industry experts can help you increase your knowledge of the industry and gain the insight and know-how needed to operate and trade effectively.

Our Pricing Methodology: ICIS price assessments are based on information gathered from a wide cross-section of the market, comprising consumers, producers, traders and distributors from more than 250 reporters worldwide. Confirmed deals, verified by both buyer and seller, provide the foundation of our price assessments.

The potential default by China’s massive Evergrande property group shows a government shift to lower debt and redistribution of wealth, with important implications for chemicals markets there and...