Helping the chemical supply chain not be BlackBerry

Market-driven economics work, even if they at first are overwhelmed by unprecedented demand.

Such is the case with isopropanol (IPA), whose demand for use in sanitation remains at levels stronger than before 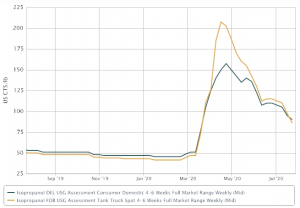 the coronavirus pandemic gripped the world. But US IPA prices continue to fall from the stratospheric heights achieved in April when initial demand in this region brought about prices of $4,000/tonne or more for a chemical that barely found the $1,000/tonne level a couple of months before.

Even with coronavirus cases surging now for a second time in several parts of the US – or, depending on your viewpoint, the country experiencing a lengthened initial surge – IPA prices continue to slide due to supply increases spurred by the heightened demand.

Producers want to make products that consumers want; it is difficult to stay in business without that (ask BlackBerry). And when markets evolve, whether quickly or slowly, successful businesses adapt to that evolution (ask BlackBerry again). 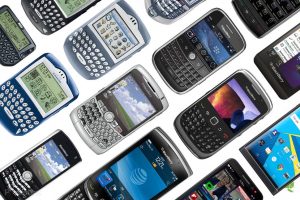 Of course, market forces aren’t always preferential to the wants of chemical producers. The flattened ethylene cost curve brought about by prices for crude oil and ethylene derivatives has made about 11% of the world’s ethylene capacity uncompetitive and under threat of shutting down, according to Dow Chemical’s Jim Fitterling. The CEO cited about 21m tonnes of capacity were at risk, with most of that in Asia and Russia and about 3m-4m tonnes located in North America. Most of that capacity is based on heavy feedstock such as naphtha in which co-products are hard to move due to depressed demand for them in the cracking region, or coal-to-olefins (CTO) or methanol-to-olefins (MTO) processes that require much higher chemical prices for them to be economical.

Meanwhile, the US ethane feedstock advantage has returned after shrinking earlier this year when oil prices fell, as crude oil’s recovery from its price bottom has pushed naphtha prices higher. Most of the world makes ethylene from naphtha, so that has shrunken margins for European and Asian production while US production has seen margins recover.

One of the reasons ethylene margins have decreased for naphtha-based producers is that co-product butadiene has been mired in slack demand and an oversupply of material. Butadiene’s main downstream driver is synthetic rubber for tyres, and there hasn’t been much driving literally since the pandemic swept across the globe. Automobile demand remains tepid at best even as production facilities work to get back to full operation.

Butadiene’s funk has led to negative production margins in the near term, something our new colleagues at explain wonderfully in July’s Monthly Petrochemical & Plastics Analysis report. Their breakdown on butadiene extraction costs illustrate that implied costs outweigh current selling prices, an untenable situation that market forces are working to rectify.

Those market forces are three US producers so far separately nominating the August contract price at increases from July. And that is perfectly understandable, as there’s only so long that one can run in the red and stay in business. If the US can avoid a second round of economic shutdowns due to rampant viral flare-ups, tyre demand should return to support those higher prices – at least that’s the hope for the butadiene supply chain.

Market forces are constantly at work, shaping our economies while being shaped themselves by consumer demands and desires. And when it comes to understanding chemical, energy and fertilizer market drivers, there is no better tool you can have in your toolbox than ICIS News.

The market activity described above came from a quick 23 July reading of ICIS News, each one of more than 100 unique articles published just on that day that help our audience make sense of the past and present and plan for the future. The ICIS News section is a key component of the revamped ICIS Digital Experience and is the most robust offering in our market insight space.

Use it to understand markets. W­­e’ve made the best better with our recent upgrades, and along the way shown that we aren’t BlackBerry.

PREVIOUS POST China consulate closure underlines long-term split with US, potential big shift in petchems trade flows
NEXT POST Why the polypropylene industry must switch from volumes to value