Finding common ground for US Republicans and Democrats is as difficult as ever during these hyper-partisan times, but if there has been one subject that has ventured into that rarified air, it is the need to reinvest in the country’s infrastructure.

But while both Republican President Donald Trump and his Democrat opposition have signaled their willingness to enact bipartisan legislation geared towards infrastructure, no such legislation has made it to the president’s desk. However, various possible November presidential and congressional election outcomes point to the distinct possibility of a large infrastructure bill being passed in 2021.

On a grade-school scale of A to F, the American Society of Civil Engineers (the ASCE) has graded the nation’s infrastructure and has warned that its deterioration is harming the nation’s ability to compete globally. Meanwhile, the US Department of Transportation has labelled 65% of the country’s major roads as being in “less than good condition”, and the American Transportation Research Institute has said that congested highways add $74.5bn in logistics costs for manufacturers. 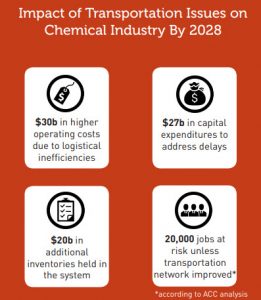 The need to update US infrastructure is not as simple as repairing or replacing crumbling roads and bridges. It is also building new ports and logistics hubs for the exporting and importing of goods. It is modernising rail lines to haul those goods more efficiently across large stretches of the country. And it is of importance to the chemical industry, not just because raw materials made by the industry are vital to construction. Without improvements to US infrastructure, the American Chemistry Council (ACC) estimates that the chemical industry by 2028 will incur $30bn in additional operating costs due to logistical inefficiencies, $27bn in capital expenditures to address delays and $20bn in extra inventory held in the system.

Trump has talked at various times in the past four years about wanting to pass anywhere from a $1tr-$2tr infrastructure plan but has yet to put forth a formal proposal for one. The Democrat-led US House passed a $1.5tr infrastructure bill this summer, but it has gone nowhere in the Republican-led US Senate where Senate Majority Leader Mitch McConnell has labelled it as “nonsense” that is too expensive, too focused on climate-change mitigation initiatives and major metropolitan areas.

Still, there should be cause for optimism for 2021 for proponents of an infrastructure bill, as the US election should lay the groundwork for a proposal that gets enacted.

Yes, if Democrat challenger Joseph Biden wins and the Democrats get complete control of Congress with the flipping of US Senate control, you can pretty much take to the bank that an infrastructure bill will be passed. The Biden campaign has already signaled that it would be a priority for early in his first year, and it has laid out a $1.3tr, 10-year plan that looks not only at bridges and roads but also at expanding broadband access to rural America and bringing about what it calls the “second great railroad revolution.” It also aims to use an infrastructure bill to stimulate green initiatives such as achieving a “100% clean energy economy” with net-zero carbon emissions by 2050 via encouraging or funding electric vehicle charging infrastructure buildouts and making buildings more energy efficient, for example. 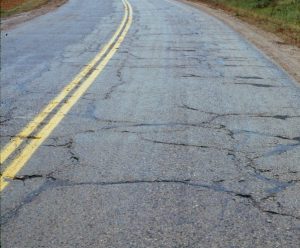 But passing an infrastructure bill would not be singularly reliant on a virtual Democrat sweep of the November elections. If Congress and the presidency remain split along political lines, the one place Trump or Biden and the Congress they get could come together would be on infrastructure, albeit most definitely without the Democrat wish list of government-led green initiatives.  If Trump wins a second term but has a divided Congress, what better way to come together on a post-pandemic economic stimulus package than through an infrastructure bill focused on America’s logistics network? He could get it passed with a large bipartisan majority with a few nods to some Democrat initiatives regarding investment in school buildings and broadband. The same holds true for Biden if he wins but has a Republican majority or majorities in Congress to work with – rebuilding the nation’s bridges can bridge that partisan gap at least on one issue.

Regardless of who wins in November, come January 2021 there will be an impetus to support and stimulate a US economy struggling to throw off the shackles of the pandemic. Reinvesting in the nation’s infrastructure provides immediate economic dividends in creating jobs and demand for raw materials such as chemicals while also affirming the foundation on which long-term growth and opportunity can thrive. In short, the infrastructure bill’s time should be finally at hand.

PREVIOUS POST Plastic rubbish: the pandemic is increasing rather than reducing the pressure for change
NEXT POST Deteriorating playing conditions mandate quick changes of plans