Spot LNG prices remained very weak in the period from mid-May to mid-June. Growing numbers of US cargo cancellations being planned across the summer have failed to boost the market more than a couple of percent, as supply continues to overwhelm a demand sector suffering from the impact of recent mild winters and the ongoing coronavirus pandemic.

The ICIS East Asia Index (EAX) for July deliveries to China, Japan, South Korea and Taiwan averaged $2.189/MMBtu, crawling 4% higher than the previous month, but less than half the $4.552/MMBtu average a year earlier. The losses over two years are even greater, with the average for July 2018 deliveries having been $9.599/MMBtu.

Opportunities were no better elsewhere in the world. The ICIS TTF price for gas delivered to Europe averaged $1.499/MMBtu over the same four week period, while the South America Index (SAX) averaged $1.908/MMBtu. The European gas price even fell substantially below the US Henry Hub price for much of the period, in a highly unusual move indicating that Europe’s onshore gas storage facilities can no longer balance the market by soaking up surplus global output. Stock levels were already high at the start of the year after a mild winter, and have picked up higher since.

US cancellations continue
Global production is now being increasingly curtailed to balance the market, with the number of US cargo cancellations in particular growing.
US exports fell in both April and May, reversing the previous trend of ongoing growth as new production facilities were brought onstream. In May 2020 the US exported some 3.6 million tonnes of LNG, according to ship-tracking data from LNG Edge, falling to levels not seen since the previous November.

Traders suggested that the number of cargoes cancelled from US facilities would continue to increase in June, July and August. There was talk that up to 50 cargoes that had been planned for August export could be cancelled.

There are also reductions elsewhere in the world. For example Malaysia’s major Bintulu plant exported only 1.3m tonnes in May 2020, down from 1.8m tonnes in April and 2.1m tonnes in May the year before. Some projects remain on prolonged outages, including Australia’s floating Prelude plant after electrical problems in February, and Algeria’s Skikda plant that shut in mid-December 2019 initially for two months of work. The long-awaited restart of Egypt’s Damietta LNG plant that had been hoped for this year will no longer take place.

Spot gas is cheaper than crude oil, with Brent crude averaging $6.509/MMBtu over the period. This means that spot LNG market purchases remain more attractive than long-term LNG contracts that index the price to that of oil. The latest customs data for Japan, for example, shows that in April 2020 there were still LNG cargoes being sold into the country on long-term contracts around $9-10/MMBtu, even though the average spot price for April was $3.066/MMBtu.

China’s LNG demand rebounded strongly in May, at 5.9m tonnes, up from 5.5m tonnes in April and showing annual growth from 4.9m tonnes in May 2019. Demand is not likely to see such increases in the more mature east Asian markets such as Japan and South Korea.

The industry’s hopes for increased demand may instead turn to other growing importers, such as the south Asian countries of India, Pakistan and Bangladesh, and various smaller import projects planned around the world. 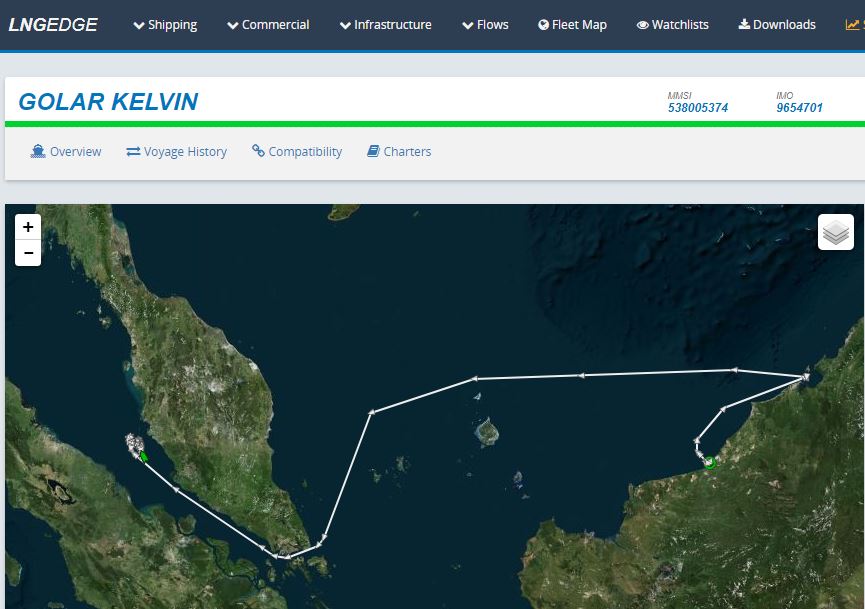 Amongst these the 173,000cbm BW Magna floating storage and regasification unit arrived at the port of Acu in Brazil in June to provide gas for power generation projects that could start later in the year. Meanwhile, Malaysia’s PETRONAS said it had sold an LNG cargo onboard the 162,000cbm Golar Kelvin that could be the first large-scale LNG delivery to the new LNG importing-nation of Myanmar. As of mid-June the vessel was circling in the straits of Malacca however.