The 5.0 million tonnes per annum (mtpa) US Freeport LNG train one was getting ready to load its first cargo in August, adding the prospect of further downward pressure on an already soft spot LNG market. Meanwhile, talk about the possibility of storage plays was growing, as traders considered using vessels as floating cargo storage, in the hope of selling at stronger prices later in the winter.

Vessels were seen heading towards Freeport LNG in Texas in mid-August, with the plant expected to load its first cargo within weeks. The 155,000 cubic meter (cbm) LNG Jurojin and the 177,000cbm Sohshu Maru have both broadcast that they are heading to the terminal. Work commissioning the facility was not delayed by a brief gas leak that had prompted an evacuation of the Freeport site earlier in the month.

Freeport will add yet more production into an already weak market, as global spot LNG prices held at low levels around $4.00/MMBtu in the four weeks from mid-July to mid-August.

The ICIS East Asia Index (EAX), representing deliveries to Japan, China, South Korea and Taiwan, averaged at $4.284/MMBtu over the period. This was 7% lower than the previous month, and down by a much larger 57% from the same month last year, due to the current market oversupply. Prices were relatively stable across the period after falling from a slightly higher level at the start.

The ICIS Dutch TTF price, the benchmark for gas and LNG supplies to Europe, held a discount to the EAX throughout, averaging at $3.604/MMBtu, although the spread between the EAX and TTF narrowed in the latter part of the period. Asian markets therefore remain slightly more attractive for many sellers, but the liquid spot markets of northwest Europe continue to attract cargoes despite the slightly lower prices. The ICIS South America Index (SAX) averaged at $3.858/MMBtu.

Latest of new US wave

Freeport train one’s start-up is the latest in a wave of new US plants commencing operation this year, including the 4.5mtpa Cameron train one and the 4.5mtpa Corpus Christi train two, which produced their first cargoes around May-June. The similarly-sized Sabine Pass train five and Corpus Christi train one also completed final commissioning works at the start of the year, after producing initial cargoes at the end of 2018. 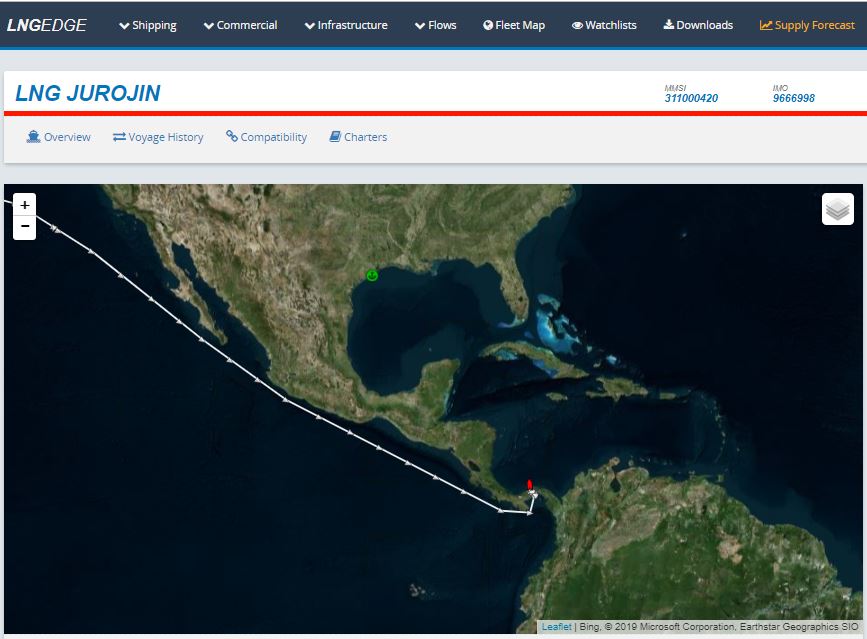 There was some offset to the new production from maintenance planned at older trains. Sabine Pass took out both trains three and four, each also 4.5mtpa, for planned work in August. There was also an unplanned outage briefly at Sabine Pass train two, and a possible post-commissioning outage at Corpus Christi train two.

Australia is also carrying out planned maintenance during the summer. The 2.6mtpa North West Shelf train one was due out from 26 July to 13 August for scheduled work. The 4.5mtpa APLNG train one was also planning a shutdown, from 12-21 August. Further work is planned on other trains at these plants in September, which may also see work on the 5.25mtpa US Cove Point train one.

However, the outlook for winter and into summer 2020 remains bearish, with the potential for yet more new US trains, including two more trains each for both Cameron and Freeport. The 2.5mtpa Elba Island plant in Georgia has been delayed, but is also likely to be producing by the end of 2019.

There has been some talk in the market from traders about the potential for storing cargoes by floating vessels on the water to target higher prices for delivery later in the winter. The UK NBP forward curve, for example, in mid-August showed November/December prices at $5.50-6.50/MMBtu, compared to just $4.00/MMBtu for a September delivery. There are similar increases in the forward curve for Asia. 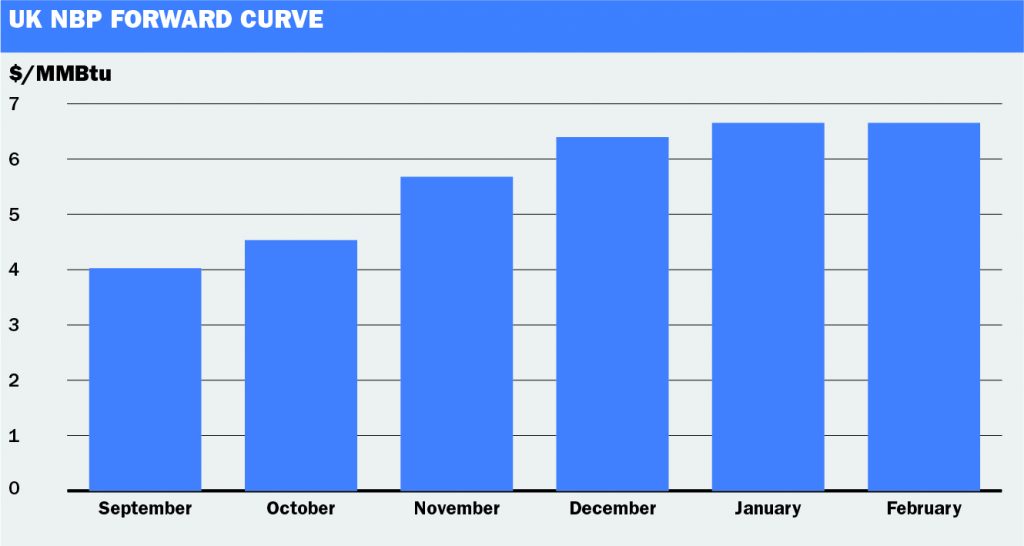 However, floating a cargo would increase shipping costs, which may already be under increased pressure over coming months from the number of new liquefaction facilities coming into the market.

In the shipping market, there remain ongoing concerns around the Persian Gulf in the wake of Iran’s seizure of an oil tanker transiting the region. There has been no impact on LNG shipping so far, but any disruption to the route could impact almost a quarter of global LNG exports, mainly from Qatar.

A new ice-breaker class ship, the 172,000cm Nikolay Urvantsev, is on its way from the South Korean shipyard to Yamal LNG in Russia to pick up its first cargo from the Arctic plant. 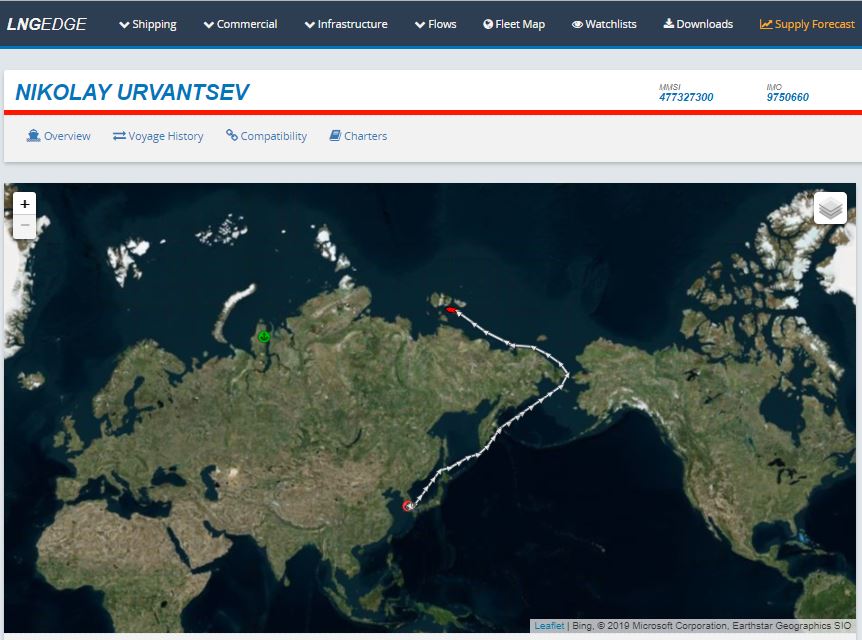 Meanwhile, the vessel intended to act as a floating import facility for the Russian exclave of Kaliningrad, the 174,000cbm Marshal Vasilevskiy, has entered the tanker market, and departed from its position in the Baltic Sea outside Kaliningrad to first journey to Rotterdam, then Montoir in France, then back to Rotterdam. It appears to be planning to reload a cargo to carry further abroad. Kaliningrad has access to Russian gas supplies via pipe from Russia via Belarus and Lithuania, so the FSRU is not immediately needed there.

Also in July the Belgian port of Zeebrugge received its first visit from a Q-Max size tanker, the largest class of LNG vessel in the world, with a delivery from the 266,000cbm Al Dafna on 21 July.