Spot LNG prices have dropped to record lows under $3.00/MMBtu after a mild winter combined with the coronavirus outbreak in China to bring strong cuts to demand while global supply projects continue to grow.

The ICIS East Asia Index (EAX) for spot deliveries to Japan, China, South Korea and Taiwan averaged $3.611/MMBtu from mid-January to mid-February, falling to as low as $2.65/MMBtu on 14 February. That was the lowest East Asia price since ICIS started assessing the market in 2010.

The ICIS Dutch TTF price, the benchmark for European gas markets, averaged $3.199/MMBtu across the period, also closing below $3 at $2.803/MMBtu on 14 February. The day-ahead TTF price in Euro per MWh had sunk below Eur10/MWh by mid-February, falling under the Eur10-30/MWh range in which it has spent the majority of the past two decades.

The coronavirus outbreak has added unexpected downward pressure to an already bearish market. Chinese economic activity has dropped, reducing the country’s energy demand, and there are potential feed-through effects on industries elsewhere in the world as supply chains are disrupted. For example, major car plants in South Korea saw closures due to a lack of parts. Chinese importers have been seeking to divert or delay some contracted cargoes, such as the 155,000cbm Tangguh Foja from Indonesia, which was on course to Jiangsu Rudong in China before being sent to Singapore on 6 February instead. 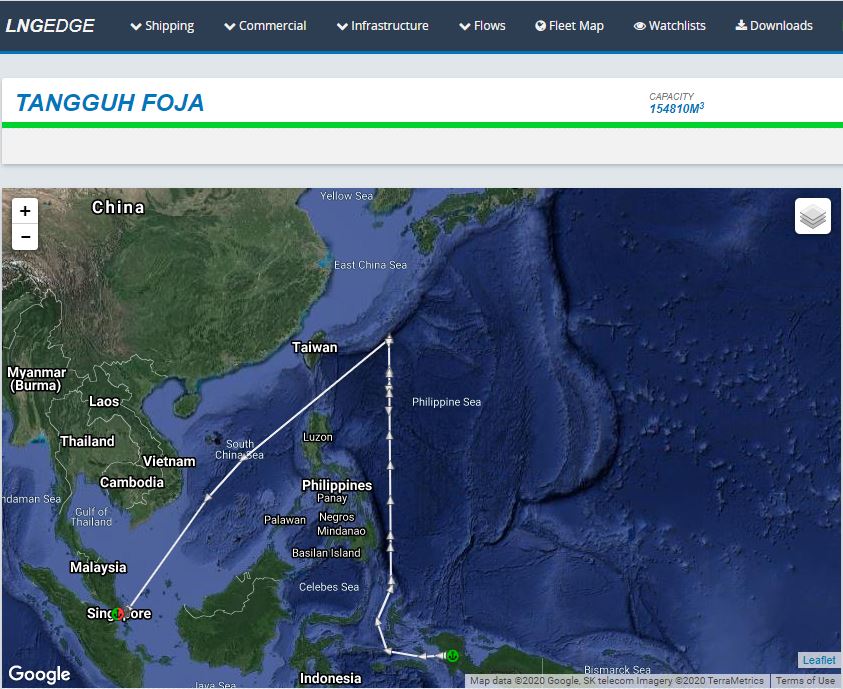 There have also been attempts by Chinese companies to use force majeure declarations to cancel cargoes booked under long-term contracts, although some major producers including Shell and Total questioned the move. Suppliers and importers could ultimately end up going to international arbitration if they cannot agree on how to handle requests to cut deliveries.

The world’s largest LNG supplier, Qatar, said it was allowing some flexibility to its long-term customers. Chinese importer PetroChina would be allowed to divert or reschedule some cargoes, Qatar’s energy minister said, following high-level talks between Beijing and Doha.

The impact of the demand cuts is being keenly felt, however, with reports emerging in mid-February that Qatar may now delay choosing international partners for its ambitious project to expand production capacity from 77 million metric tonnes per annum to as much as 126mtpa by the late 2020s.

The market had been in a bearish mood even before the news of the coronavirus emerged to international attention. China’s monthly LNG imports fell below the previous year’s levels in both October 2019 and January 2020, according to ship-tracking data from LNG Edge. 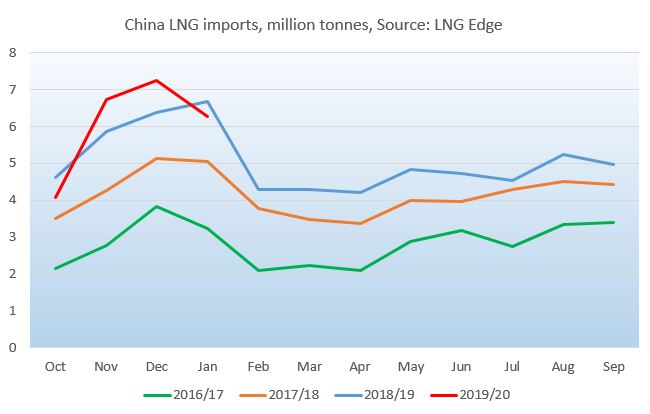 Slow growth in Asia has led to an increasing number of cargoes being sold into Europe’s liquid spot gas markets, but with the winter relatively mild in the region, Europe’s gas storage facilities have remained at high levels. Storage sites could be almost 60% full at the end of winter if withdrawal rates over the next six weeks follow a similar path to last year. That would take away a huge amount of potential injection demand from the summer market, raising questions as to where surplus LNG will find a home in that period. 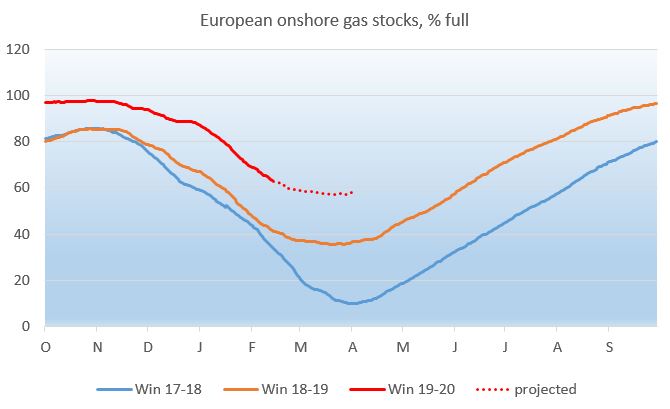 Market participants continue to debate whether producers could be forced to cut back their output over the summer, with many sellers likely hoping that other parties will cut back first, allowing them to continue.

Peter Coleman, CEO of Australian producer Woodside, commented in a February presentation on the company’s long-term contract volumes from the US Corpus Christi LNG plant. “It is not a great time for us to be starting,” he said. “Some are going to take the opportunity to trade through this. We’ll have to consider our position as to whether we pick it up or not.” The Corpus Christi plant opened its second 4.5mtpa production train in 2019, but Woodside’s contract from the plant only starts this year.

The US Cameron and Freeport LNG plants are both currently building up output from their second production trains, and each has a third production train due on later this year. The operators here are likely to continue producing cargoes in the short-term regardless of market prices in order to complete sign-off of commissioning work on the new trains.

Meanwhile, Europe’s traditional suppliers have been warning LNG producers they will not be quitting the market soon. Norway’s Equinor, a key pipeline gas seller to the UK and Continental Europe, as well as an LNG producer at the Arctic Hammerfest plant, stressed in a February investor presentation that its own gas position in Europe was “strong” with a total supply cost “well below” $2/MMBtu, low emissions and flexibility over volumes and delivery points. “We see this as very competitive against LNG imports and other imports,” the company’s chief financial officer, Lars Christian Bacher, said.