Spot LNG prices have continued to plummet in recent weeks as the demand destruction brought by the coronavirus adds pressure to what was already an oversupplied market. Global production was not greatly impacted in the first quarter of the year, but larger cutbacks are expected in later quarters to re-balance the market. The effects are also rippling out to future years, with delays to projects that had been targeting to come onstream in the mid-2020s.

The ICIS East Asia Index (EAX) for May deliveries fell from $3.375/MMBtu in mid-March to a record low of $2.250/MMBtu in mid-April. The average across the four weeks was $2.85/MMBtu, down 7% from the previous month and down 40% from the same period last year.

The ICIS TTF price for spot gas in Europe averaged $2.422/MMBtu and the ICIS South America Index $2.340/MMBtu over the same period. The EAX showed a small premium over Europe in late March, but all three regions were close in line in April.

The front-month US Henry Hub has slipped well under $2/MMBtu, but such spot LNG prices still offer little profit for exporting spot cargoes. In February there was talk of a couple of US cargoes being cancelled for April and in March there was talk of further cancellations in May. Traders expect more shipments to be cancelled for June in an upcoming April deadline.

There has not been evidence to-date of any major curtailments of US production. In late March US LNG terminals were taking in feedgas at record rates over 9.0 Bcf/day, with flows around 8.5 Bcf/day still indicated in mid-April. There is a time-lag effect around cargo cancellations, as those lifting the cargoes have to cancel them around six weeks in advance. LNG cargoes can also still be sold profitably under long-term, oil-indexed contracts, which are priced at higher levels to the spot LNG market.

Oil-linked cargoes have, of course, also declined in price in recent months as the oil markets slump due to the same coronavirus effects impacting the gas market. Crude oil bounced back a little in April after major producers agreed some initial production cuts.

In the first quarter of the year, many countries saw imports of LNG at similar levels to last year, even some of those hardest hit by the coronavirus.

China imported some 14.6 million tonnes of LNG in Q1 2020, down just 5% from the previous year, according to data from ICIS market intelligence platform LNG Edge. South Korea’s imports rose 22% to 12.9m tonnes, as the country switched part of its power generation mix from coal to gas. Italy’s first quarter imports were down, but Spain and the UK took significantly more.

LNG provides a supply of natural gas for use in power generation, heating and cooking. These are all essential activities, so much demand remains robust despite the coronavirus. Industrial consumption of gas is, of course, affected, but gas is not as widely used in the transport sector as oil, so is not affected as much as oil by the grounding of airlines and restrictions on road traffic. 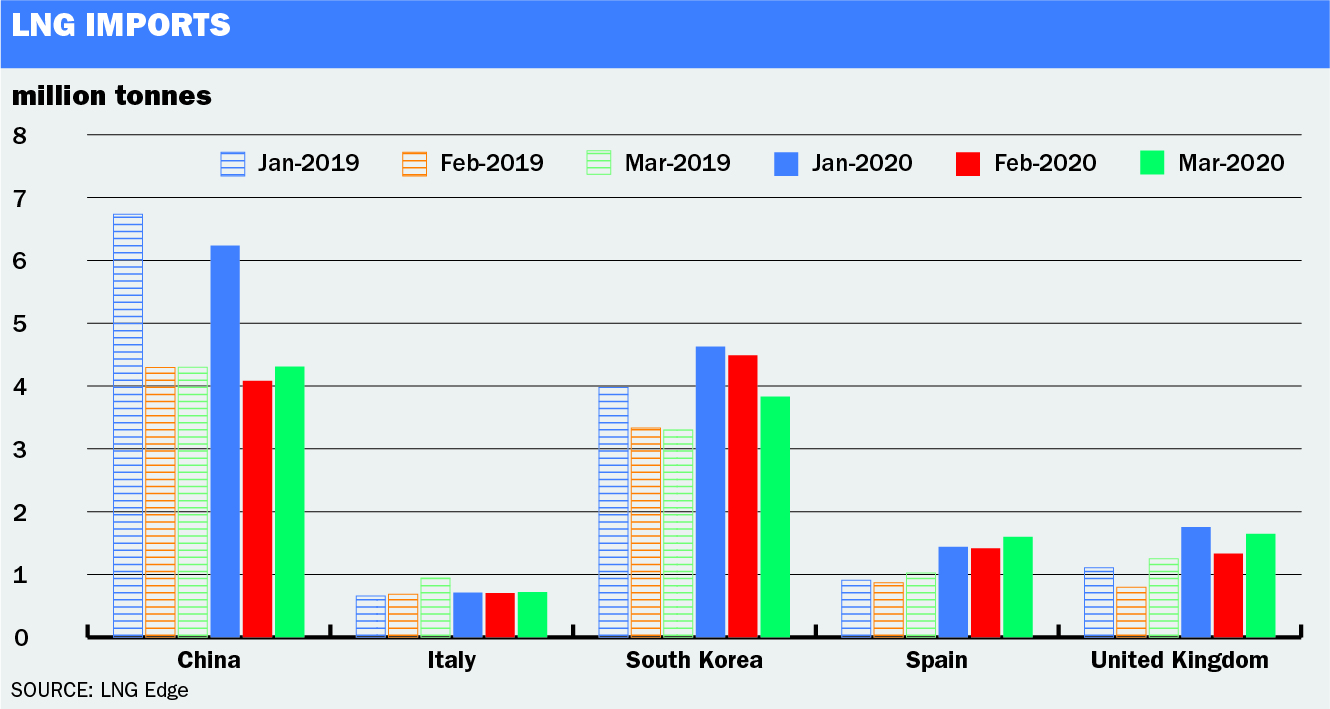 There has been an impact though. China would have been expected to show significant growth in the first quarter under normal circumstances, so even staying stable would have represented a fall compared to forecasts. A number of vessels have also been seen diverting course and switching destinations in recent weeks. Earlier in the quarter there were diversions away from China. India provided a significant source of extra spot demand at first, taking advantage of low spot prices. However, as India too went into lockdown in late March, there were diversions away from there too.

The impact is likely to be much more evident in the second quarter, as cargo cancellations come into effect. Market participants are also questioning what the long-term effects will be: how much a global recession will affect demand by later this year, and for how long? 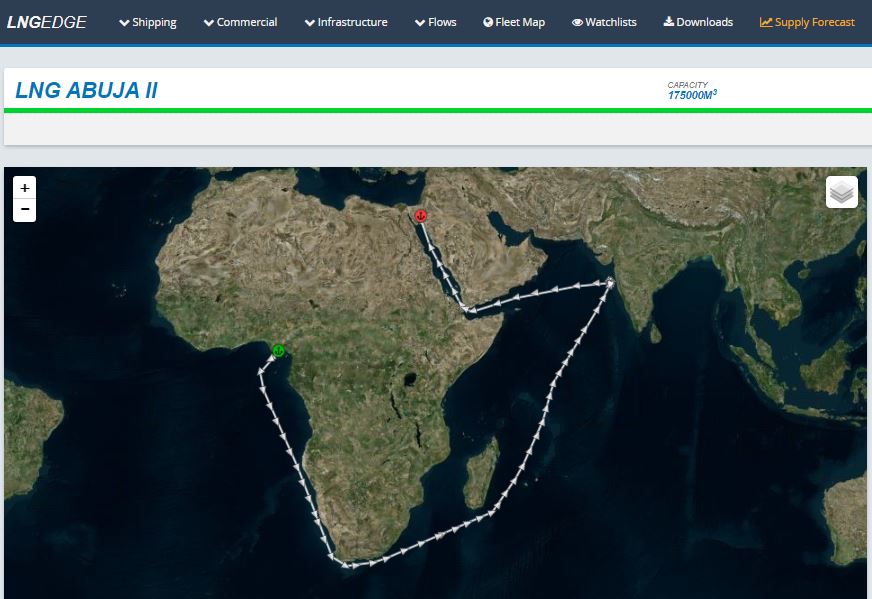 There are already delays to planned new projects that will impact the supply balance going forward well into the mid-2020s. Qatar has pushed back the first phase of its North Field expansion project by six months taking its start-up into 2025, although it has not scaled down the project. Qatar aims to increase output from 77mtpa now to 110mtpa by 2025 then 126mtpa by 2027, safeguarding its position as the world’s biggest producer.

Shell pulled out of the Lake Charles, US project that it had been partnered in with Energy Transfer, leaving Energy Transfer to develop the project alone. Meanwhile, BP has issued a force majeure notice to Golar LNG on its planned hire of Golar’s floating liquefaction vessel “Gimi”, indicating delays to the offshore-west Africa Tortue LNG project that had been expected for 2022.