Home Blogs Energy Connections We need to talk about Joe!

So, once the Democrats conclude this week’s first ever virtual convention held by a US political party, we will finally be able stop calling Joe Biden the presumptive presidential candidate. The race is now well and truly set for the Presidential election slated for November 3rd (pending attempts to postpone it) and despite what the polls show, the race is probably going to be a lot tighter than it looks.

It goes without saying that this election is hugely important, not just for the US but for the world at large,  as has been touched upon already by my colleague Jeremy Pafford, and not just for the reasons he states in his excellent blog. Energy policy is unusually prominent on Joe Biden’s manifesto, and his election could provoke a change in US policy which would have global ramifications. 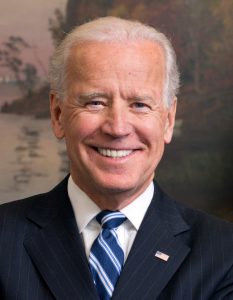 First of all, its important to debase two key myths associated with the various parties and their positions on energy.

All of this goes to show that in spite of public statements, the market remains king in the US. Politicians provide the rhetoric, but economic fundamentals, such as the rapid cost reduction of fracking in a high oil price world under Obama, and the continued decline in the cost of renewable energy under Trump, are far more important in charting industrial realities in the US.

So why is Joe Biden’s platform such a big deal?

Unlike previous candidates, Joe Biden’s campaign has put climate policy right at the heart of his manifesto. Building upon policies outlined in the green new deal put together by the progressive wing of the Democratic party last year, Biden wants to make clean energy a key part of the country’s post Covid-19 economic rebuild.

Included in his manifesto are commitments to make the US net zero emissions by 2050, doubling offshore wind capacity by 2030 and fully decarbonizing the power sector by 2035. Billions of dollars of investment are ear marked in electric car charging stations, carbon capture technology and hydrogen technologies. New regulations designed to curb carbon emissions from the energy sector, as well as an economy wide enforcement mechanism are also promised.

Far reaching goals certainly, but remember those myths I debunked before. The manifesto is long on promises, but short on the detail of how all this will be achieved. Despite all their rhetoric, politicians are normally more pragmatic when they actually take power, and acquiesce to the market trends that are leading the sector.

Biden was of course a key part of that Obama administration which played up their green credentials while overseeing the unprecedented rise of US oil output. Few would associate the term pragmatic with his successor in the white house, but certainly the rise in renewable generation has not been curbed by Trump or his first energy secretary Rick Perry. It should be remembered that during the latter’s tenure as Republican governor of the oil industry’s heartland Texas, the state rose to be the largest generator of wind energy in the US.

What is important though is that these Biden policies, coupled with the ongoing trend of decreasing costs in renewable and progress on energy storage could really exacerbate the decarbonization of the US energy sector. A combination of policy aligned with actual technological changes would reverse the divergence between reality and rhetoric which has characterized this administration and its predecessor.

Being realistic, the goals outlined by Biden would be difficult to attain at the best of times. Even if he takes power and the Democrats land both houses of congress, the divisive nature of US politics ensures that the Democrats are in for a fight from day one. However even achieving just 50% of these targets would have a massive impact on the energy mix not just in the US, but around the world, given that the US consumes over a sixth of the world’s total energy demand.

Whether they support him or not, the US energy sector needs to start talking about Joe, and what his Presidency could mean for them.