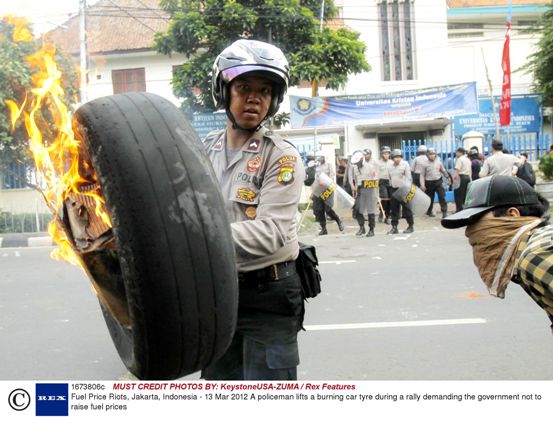 INDONESIA was the subject of much enthusiasm when the blog hosted a webinar  on Monday on China Polyolefins Markets. We will provide a link to a recorded version of the event shortly.

The reason for the enthusiasm over Indonesia is perhaps because China, and now quite likely India, no longer guarantee strong growth.

Greater attention might increasingly be diverted to the next big hope amongst Asia’s emerging markets. It is human nature to always look for the positives in any set of economic circumstances.

With 240 million people, with five years of strong and stable economic growth post the 2008 Global Financial Crisis, and with big olefins and polyolefins deficits as a result of this stable growth and lack of investment in new capacity local, the opportunities in Indonesia seem great.

But nowhere else in Asia compares with China in terms of the scale of petrochemicals consumption. For example, in 2012, linear-low-density ((LLDPE) consumption in China was more than 6m tonnes, according to ICIS consulting. This compares with less than a 1m tonnes in Indonesia.

And, sadly, it now appears as if Indonesia is confronting a period of economic and social instability as result of government plans to hike fuel prices.

The picture above shows riots which occurred in March last year, when proposals to remove subsidies were first announced. Riots have occurred again as price rises come closer.

“Indonesia’s planned hike in fuel prices will drive 2013 inflation to a five-year high and pressure the central bank to raise interest rates again even as the increased cost of living weighs on consumers in Southeast Asia’s largest economy,” writes Reuters in this article.

“The economic pain from a 33% rise in fuel prices to reduce Jakarta’s subsidy bill will help restore some confidence in Indonesia’s markets and the government’s fiscal discipline, analysts said.

“The central bank hiked interest rates last week as it scrambled to prop up the rupiah, which fell to its lowest level in almost four years partly on worries that the cost of the fuel subsidies were weighing on the economy.”

Economist Kiki Verico adds, in this Jakarta Post article, that the next two years will be crucial for Indonesia. Challenges include not only the need to get rid of fiscally unsustainable fuel subsidies, but also the need for major infrastructure improvements, he says.

We believe that commodity prices in general are entering a long-term decline because of China.

Political uncertainty in Indonesia has also inevitably increased, ahead of next year’s presidential and general elections.

We also worry that as China struggles with lower growth, it might be tempted to export deflation as a result of huge overcapacity across many of its industries. Indonesia’s manufacturing sector, which is fully exposed to Chinese exports because of its participation in the ASEAN-China Free Trade Area, would come under more pressure.

Again, we do not mean to be pessimistic for the sake of being pessimistic, but just want to be realistic. The danger remains over-investment in new petrochemicals capacity on outdated growth assumptions

By John Richardson CHEMICALS company executives are going on the record to say t...

Dear Readers You will notice that today our blog as a new look and feel. We thin...

By John Richardson WE LIVE in a highly interconnected world as this statistic underlines: of the $18...