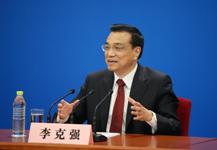 THE blog is scratching its head this morning as it tries to work out how China can have it both ways.

Yesterday, Li Keqiang, China’s Premier, announced that the country’s 2014 GDP growth target would be 7.5%, whilst he also pledged to press ahead with economic reforms.

But how can economic reforms work if GDP does, indeed, grow by 7.5% this year, given that, by the government’s own admission, this would involve a dangerous acceleration of credit growth? As a further reminder:

Anybody in the chemicals industry who takes a short-term view might be delighted if the 7.5% growth target is achieved.

But the good news for anybody looking beyond 2014 is that Li hedged his bets when he said, during the same speech to this year’s National People’s Congress:  “In 2014, we are still in a complex environment with both favourable and unfavourable factors.

“We are at a critical juncture where our path upward is particularly steep. Deep-seated problems are surfacing; painful structural adjustments need to be made; the pace of economic growth is changing and downward pressure on the economy remains great.”

This, to us, sounds like a warning that there is a chance that the growth target may not be achieved.

Or should we even focus so much on publicly announced GDP growth rates, given that GDP growth rates in China might be for “reference only” and could, in fact, be “man made”, according to one interpretation of a 2007 dinner conversation involving Li and a US diplomat?

Li was also said to have added, during that same conversation, that there were three things that mattered more in assessing real, underlying growth, which were:

We will keep a close on all these three data points to see whether they are reflected in the headline GDP growth numbers.