Nothing “Disappointing” About China Data 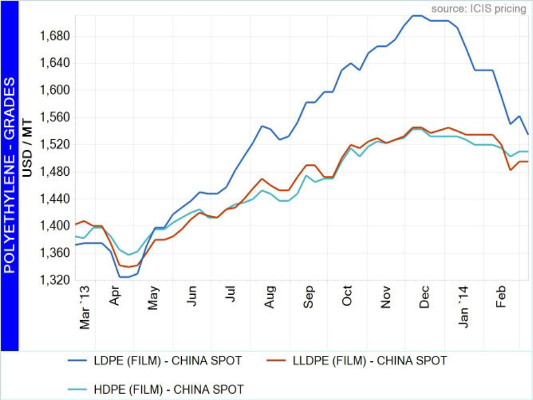 CHINA’S credit growth in 2014 would have to be higher than that of last year if GDP growth is going to hit 7.5%.

But in February, as Reuters wrote in this article: “China’s total social financing, a broad measure of credit in the economy, increased by 938.7 billion Yuan ($US152.9bn) in February, but that was down 64% from the 2.58 trillion Yuan in January. The increase was also 131.8bn Yuan less than the figure for the same period last year, according to data released by the People’s Bank of China.”

Other “disappointing” economic data was also released over the last week – including a slowdown in the growth in investment and retail sales.

But there is nothing disappointing about the slowdown in investment growth, given that investment is increasingly going to waste.

And there is also nothing disappointing about lower retail sales, when the huge increases in sales of autos etc has been driven by an unsustainable credit bubble.

When you are in financial markets, though, and only care about your next bonus – or work for a chemicals company that is incapable of looking beyond the next set of quarterly results – then the last week must have been very disappointing.

Not surprisingly, as the chart above illustrates, China’s key polyethylene (PE) market weakened again last week as prices fell by a further $20-30/tonne.

It will have to get a great deal worse before it gets better.

PREVIOUS POST LNG As Geopolitical Tool: US Would Need To Turn Communist
NEXT POST China Jobs Versus The Cost Curve