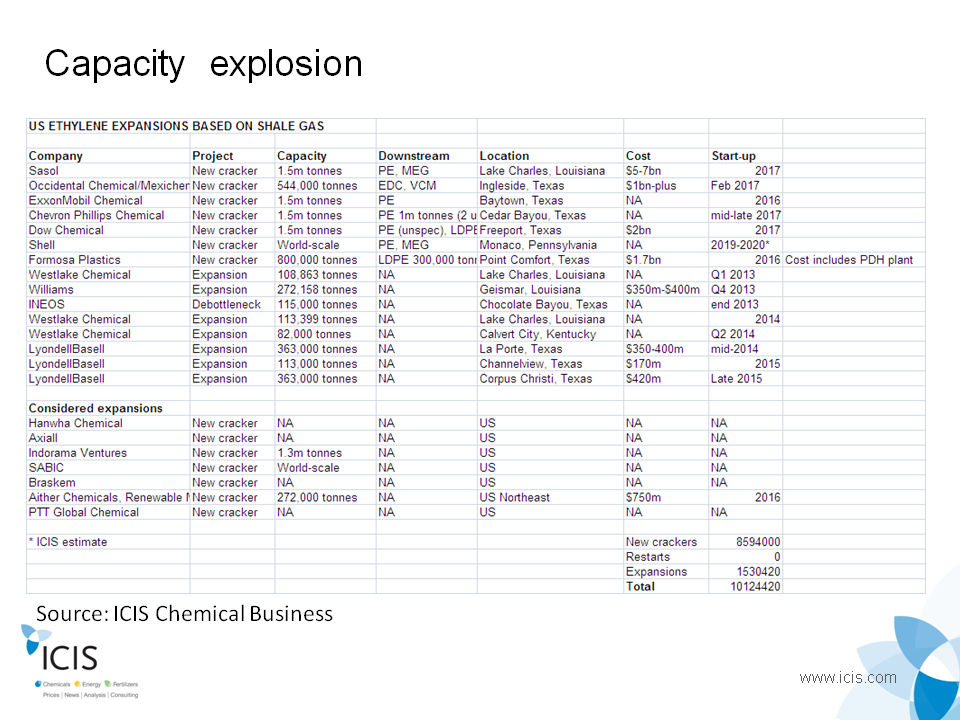 ONE industry observer describes some of the cracker and refinery-petrochemicals projects in Southeast Asia (SEA) as “national projects”. In other words, their justification is not entirely on economics, but also about nation building and reducing import dependency.

And so, as we discussed yesterday, perhaps some of these projects will be shelved when it eventually becomes fully apparent as to which economies in SEA have been swimming naked.

Or, as an industry source told us this week, here is another scenario:

The source also worries that even the most competitive naphtha-based cracker projects, and existing complexes, in Asia will struggle to compete against the new volumes from the US and the Middle East.

This tells us one or both of two things:

We believe the latter factor is the biggest reason why the naphtha cracker business in Asia seems to be under such much threat, as we transition to the New Normal.

It is worth noting that during the economic Supercycle, big waves of new Middle East capacity were fairly easily absorbed, thanks to booming demand in China and elsewhere.