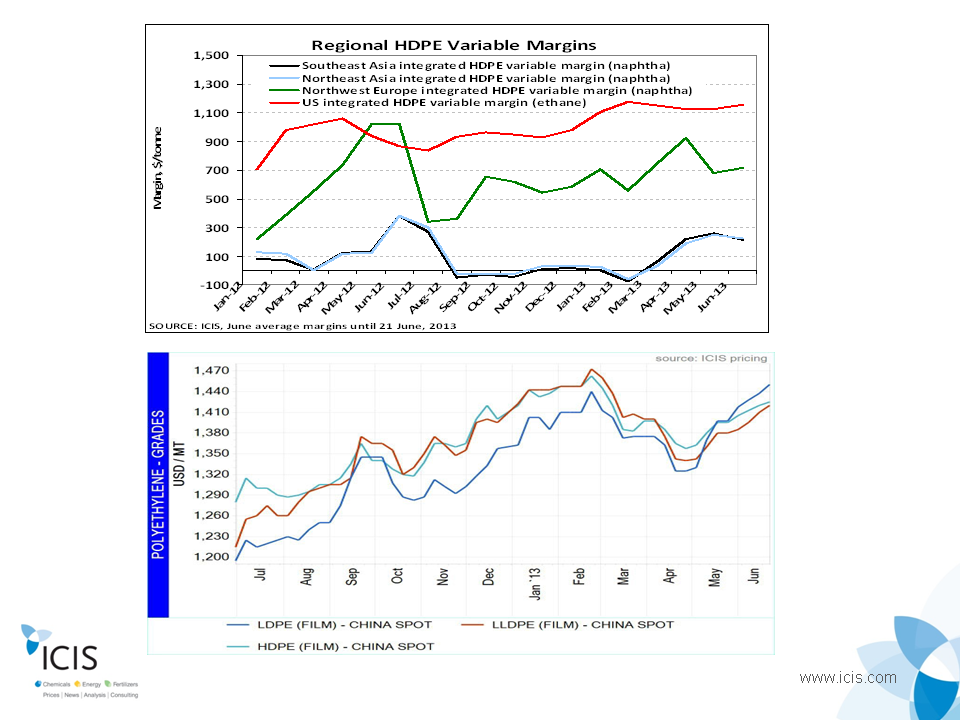 JUNE was a good month for Asia’s polyethylene (PE) industry. Both prices and margins (see the above charts) improved as a result of a reported delay to the start-up of a new big new complex that left end-users short of inventory.

“China’s converters had held back for such a long time from buying because they expected substantial production to hit the market from the new ExxonMobil complex in Singapore sometime in May,” said a source with a global PE producer.

“It didn’t happen, and, as a result, the market seemed very tight indeed in early June and fairly tight up until mid-June. We, as a result, managed to sell a month-and-half’s worth of material in June.”

Now, though, ExxonMobil’s new cracker in Singapore – and with it two 650,000 tonnes/year metallocene-grade linear-low density polyethylene (LLDPE) plants and a 450,000 tonnes/year polypropylene (PP) facility – are said to be on-stream. How hard the complex operates will be a key determinant of the Asian supply and demand balance during the rest of this year.

“Percentage-wise, these capacities will not make that much of a difference to the overall balance,” the source added.

But the bigger concern, of course, is not new supply but rather demand in China. Q3 looks likely to be a very difficult quarter.