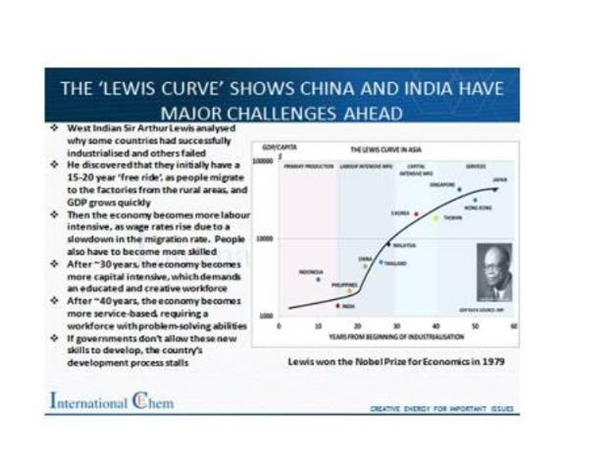 CHINA’s extraordinary economic growth is, of course, largely the result of state-led investment in low-value manufacturing.

But, as we discussed in chapter 10 of our book, Boom, Gloom & The New Normal, China now needs a new growth model if it is to escape the middle-income trap, as defined by the West Indian economist Sir Arthur Lewis.

Can state-led investment deliver the goods again? When it comes to 3D printing technology – the new industrial revolution which we discussed yesterday – this  upbeat article in the 3D printing trade magazine, TCT, suggests that the answer will be yes.

“China is an early adopter of 3D printing, with decision-makers in Beijing pumping cash into 3D printing and additive manufacturing research and development since 1992,” wrote the magazine.

“Furthermore, there is well established 3D printing university courses training the next generation of industry leaders up and down the vast Asian superpower.”

But James Grubber, in the Asia Confidential article that we linked to in yesterday’s post, is with us. He warned that China, if it wanted to move up the value chain in all forms of higher-value manufacturing, had to address the following challenges:

• Government-owned companies which dominate much of manufacturing need to be privatised.

• Better intellectual property rights protection is essential in order to give China’s entrepreneurs sufficient incentives to innovate at home, rather than overseas.

•Changes in education are needed to encourage innovation and creative thinking. Currently, high schools and universities in China put far too much emphasis on rote learning.

Can all of this happen without China, first of all, becoming a democracy? South Korea, one of the few countries to escape the middle-income trap, might have only done so because it got rid its military dictatorship in the 1980s.

At the moment in China, however, the emphasis is on economic reform without political reform.

These are very complex issues worthy of much more debate.

We continue to worry that, because of politics within some chemicals companies, these essential discussions might not be taking place.