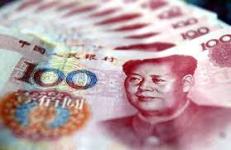 HAS anyone out there considered the possibility that we could end up with a series of regional trading blocs as globalisation goes into rapid reverse?

Or have chemicals companies instead come up with one-dimensional outlooks that assume the world will become more, rather than less, open, thus making it easy to shift surplus volumes anywhere they like?

“China is quietly but steadily increasing its footprint both in Asia and in emerging markets across the globe,” wrote Henny Sender in the Financial Times.

“It is especially effective in places such as Pakistan, which are desperately short of capital and in dire need of foreign assistance to tackle the 1990s shortcomings of their infrastructure, from telecoms equipment to turbines,” she added.

“The Chinese are also taking over management of Pakistan’s newest port, Gwadar, in the west, and will help construct a road that leads from to its border and then on to the oil-rich ‘stans’ of central Asia.

“That will give China access to yet another warm-water port in Asia and cut by half the time taken by Chinese exports to reach many parts of the world from its western regions. Like so much of what China does, that combines the strategic interests of Beijing with the ability to help its best geopolitical friends develop.”

Let’s think about China’s motives here. By providing lines of credit and money and technology for infrastructure development it can seed demand – i.e. alleviate poverty.

You cannot hope to prosper unless you have decent roads, regular power supply, running water and sanitation. Thus, if China can provide all of these things and more, millions of extra people across the developing world will be able to afford to buy its goods and services for the first time.

China needs to find a way of easily exporting its manufacturing surpluses in order to maintain GDP growth at levels sufficiently high to avoid social unrest during a period of painful economic rebalancing.

And some developing countries cannot easily turn to the West for help because of political issues – again, for example, Pakistan.

Even where politics are not a barrier, can the EU afford to help? Probably not, as it is on the brink of deflation.

The EU’s response is therefore more likely to be the erection of trade barriers in order to protect itself from imports from new China-led regional trading blocs.