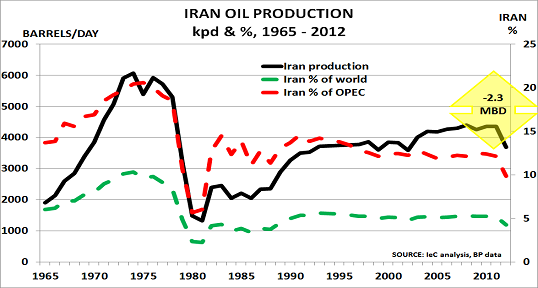 THE blog has met many Iranian delegates during its seven years of working for ICIS Training and visited the country a couple of times during the early 2,000s. We love the people and the country, but not some of the politics on both sides.

And so it was great news to hear about the initial nuclear deal between Iran and the West. If this is followed through with a final resolution of the dispute, and some the doubts surrounding shipping and insurance are removed, then we could see a big increase in the country’s ability to export petrochemicals as sanctions are fully lifted.

There are already unconfirmed reports that trading offices are being re-opened in Tehran in anticipation of the sanctions being fully removed.

Longer term, of course, also, Iran has huge unexploited gas reserves. We shouldn’t get ahead ourselves, it is early days yet, but its refining sector is badly in need of investment.

At the moment, benzene, tolune and xylenes are still being diverted from chemicals use into gasoline blendstock because of both lack of investment in local refining capacity and the sanctions that are making it difficult to import gasoline.

Further down the line, we might even see more investment in the country’s petrochemicals sector.

But more immediately, as fellow blogger Paul Hodges points out in this post, the greater implications will be for the oil price that has been significantly supported by all the Iranian-connected geopolitical issues, including the 1979 revolution, the Iran hostage crisis and more recently, of course, the nuclear showdown.

And he adds: “Oil prices have [also] been boosted since 2009 by fear over potential supply shortages and [economically toxic} speculation funded by the central banks.  Now, both influences may be about to disappear, if the Iran dialogue continues to develop and the US Federal Reserve starts to ‘taper’ its spending.

As we discussed last month, naphtha cracking, for all sorts of reasons, is far from being dead in the water.

A lower oil price could thus reinvigorate both the European and Asian petrochemicals industries, forcing some analysts, who are talking about plant closures, to go back to the drawing board. A lower oil price would support the political drive to save plants.

And for the US, what might this mean for the relative competitiveness of all its gas-based cracker projects?

As we said, though, it’s early day yet, but contingency planning is needed about how the petrochemicals competitive landscape might change.