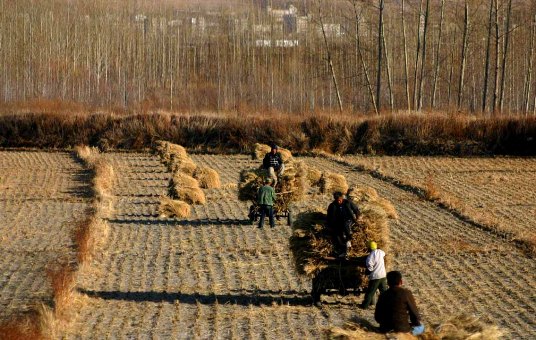 THERE are personal reasons why local government officials in China might effectively resist the boldest economic reform agenda since 1978.

Career advancement is one such reason, as is making money on the side.

“By building a large dam, road or giant housing complex [or a new chemicals plant], an official can boost GDP and create jobs while also creating a large pot of money he can dip into for himself or spread around friends and family,” wrote the Financial Times in this article.

Thus, as we discussed earlier this week, China needs to dismantle and successfully re-assemble its entire incentive system for local government officials – and for executives at the state-owned enterprises – if these reforms are going to work. This is going to be no easy task.

But this isn’t just personal. It’s about revenues as well, and, unless local governments can be given new ways in which to balance their books, one of the most important reforms of all – giving farmers the ability to get real market prices for land – might not happen.

If land reform doesn’t happen, China will find it that much harder to achieve the kind of consumption growth essential for rebalancing the economy. And, given that land-rights disputes are already the biggest cause of social unrest, what about social stability?

The heart of the problem, as the New York Times points out, is that “local governments have grown dependent on taking farmers’ land for relatively little compensation and selling it to developers for a profit.

“They have been encouraged to do so because the central government takes the bulk of revenues, while assigning many tasks to local governments that require expenditures.

“In China, farmland is, by law, owned by the village collectively, but in practice, the land is controlled by the state, giving officials a powerful voice over when to develop land and on what terms.”

The central government does transfer revenues to its regions, but many town and county official officials say that this is not enough to meet ambitious growth targets set by Beijing.

Thus, revenues from selling land are not enough. Land also has to be used as collateral to obtain bank loans.

These loans have been used for infrastructure projects that have attracted investors, who, once they start selling their condos or running their factories, have become a vital source of tax revenue for the financially hard-pressed local authorities.

This has led to big debts.

“The national audit office last made an estimate of local government debt in 2010, when it reached a figure of 10.72 trillion Yuan, or about $1.7 trillion. Many economists expect that a recent audit, using broader criteria, will produce a much higher estimate,” adds the NYT.

But, unless local governments are given other sources income – and perhaps, also, debt relief – they might fight tooth and nail to be able to continue to obtain land at knockdown prices from farmers. New debt is being built up to service existing liabilities.

The more land that they sell, of course, to industrial developers who further add to oversupply, the weaker the tax returns from each new factory.

However, unless you give a drowning man a life raft, he’s just going to kick harder against the current in order to try and stay afloat.

So, what are the chances of implementation of a new and effective revenue-raising system for local authorities? Can the gap be bridged?

One of the government’s bold economic proposals includes allowing local authorities to expand financing channels for construction projects, including the issuance of bonds.

But commentators worry that, although Beijing’s new reform programme includes the promise of a nationwide property tax, previous attempts to tax property have had a minimal effect.

Property tax reform seems, so far, to have been half-hearted. The reason is, perhaps, because Beijing worries that if you deflate the housing bubble too quickly, you will end up with lots of broke developers – and lots of angry homebuyers who have bought on the wrong side of the boom.

An effective nationwide property tax would, however, go a long way to plugging the local authorities’ revenue gap, provided they are, of course, allocated a sufficient slice of the money that is raised.

Commentators also worry that reform pledges have so far, included no details on how to address non-performing loans. If bad debts are not effectively tackled, then, as we implied above, local governments might continue piling on more debt to pay existing liabilities.

There is a further problem, as the NTY again highlights.

“The Chinese government could also try to ease fiscal imbalances by giving more power to local governments to set their own spending and tax policies, partly reversing centralising changes made 20 years ago,” the newspaper writes.

“But the central leadership is reluctant to give local officials a great deal of leeway, said Arthur Kroeber, the managing director at GaveKal Dragonomics, an economic research firm.

Success of the overall economic reform platform might rest on greater,  rather than reduced, central control of the economy.

How does China resolve all of these contradictions?

PREVIOUS POST Australia: Nice Work If You Were Able To Get It
NEXT POST China Polyester "Too Big To Fail"