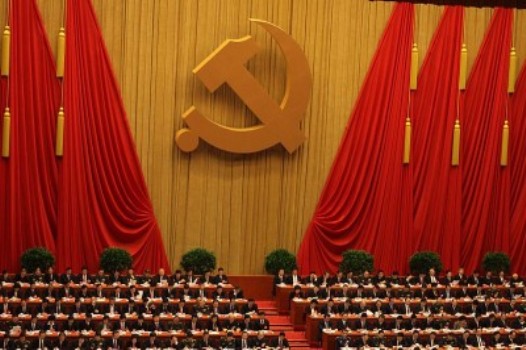 ON the surface, further details about decisions taken during the Third Plenum – which were released on Friday – were nothing short of stunning. They promise a “root of and branch” reform of China’s economy.

But implementation will, of course, by the key. We worry that the whole incentive system will have to be taken apart and re-assembled from scratch before the bold policy changes can have any hope of being successful. How will this be achieved?

Local and central government officials and executives from the state-owned enterprises (SOEs) have to be given financial and career-advancement motives to do the right thing. To say that this is a big challenge might turn out to be one of the biggest understatements of the early 21st century.

First of all the good news: A second communiqué, which was released on 15 November – following the very sparse statement released on 12 November immediately after the end of the plenum – promises to:

The problem right now though, as this excellent article in the Financial Times discusses, is that local government officials have strong motives to resist change.

As the article points out: The government can tell regional officials that it wants more innovation, more consumption and less investment, but in their annual cadre evaluations about 70% of the points are awarded for raising GDP and avoiding any unrest or embarrassing scandal in their jurisdiction.

Few points are given for stated government priorities such as cleaning up the environment, in part because it is so difficult to measure success.

“Unless we see a change in the way officials are evaluated for promotion we will never see serious reforms,” says Guo Weiqing, a professor at Sun Yat-sen University. “But the leadership has made clear that rapid GDP growth remains the priority, so I’m quite pessimistic.”

The myopic focus on GDP growth rates helps fuel over-investment across the country but it also aligns almost perfectly with the corrupt interests of many officials.

By building a large dam, road or giant housing complex, an official can boost GDP and create jobs while also creating a large pot of money he can dip into for himself or spread around friends and family.

SOE executives have also done tremendously well out of the current system. Because their companies are awash with cheap credit, they often have several sets of business cards – one for their official job and the others for the risk-free speculative ventures they have been able to set up on the side.  As with the local government officials, they are likely to fight tooth and nail against the reforms – unless they are given incentives to co-operate.

Returning the issue of Hukou and local governments, it is also worth noting that Friday’s statement recognised the enormous financial implications of reforming the residency system. Thus, Beijing said that restructuring Hukou had to be gradual in mid-sized cities.

This raises another point: Local authorities will need to be given new sources of revenue to make changes to the Hukou system affordable, as is also the case with proposed land-rights reforms.

Last Thursday, we talked about how once Deng Xiaoping had set the broad policy goals at another pivotal Third Plenum – the one that took place in 1978 – he left it up to local authorities to implement the details.

The motives for them to do as they were told were very strong because the mass industrialisation that followed 1978 made a lot of people very rich.

But, as we said, how do you motivate people this time around when all the reforms fly in the face of the established ways to make?

Perhaps the answer is to simply make everyone do as they are told via the strengthened authority of the central government.  At the end of last week’s plenum, it was announced that a reform commission was to be set up, probably chaired by Xi Jinping, which will sit above the State Council and the National Development and Reform Commission. A security council, perhaps similar to the US National Security Council, is also going to be established.

But as Kenneth Lieberthal, a former senior director for Asia on the National Security Council in the White House, told the FT:  “There tends to be an impression outside China that this is a seamless authoritarian system and when the leadership says jump everyone jumps, but that is a very unrealistic view of how the country works.

“The reality is yes, everyone jumps but not necessarily in the direction the leadership wants. This is a system that can be highly disciplined and highly centralised but almost never is.”