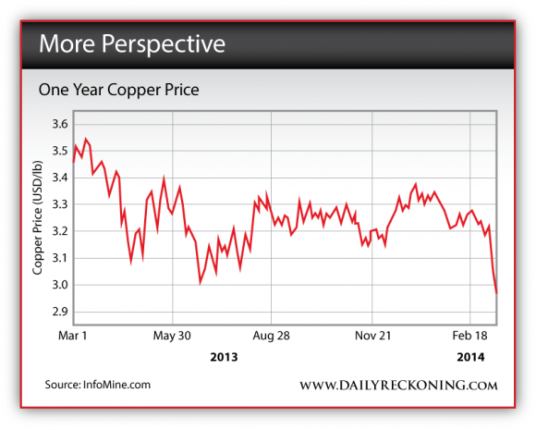 CHINA’S polyethylene (PE) demand grew by grew by 70% in 2008-2013 compared with 11% in 2005-2008, according to Chinese local production data and import data supplied by Global Trade Information Services.

Whilst this growth was taking place, few people asked too many hard questions about whether this was sustainable, given that the focus was on making money.

But now the muddle, the confusion, the denial and the sheer panic are almost palpable out there.

The muddle and confusion, strangely enough, centres on Chinese government policy. Some companies are still unsure about whether or not Beijing will relent and launch a new round of economic stimulus. But the evidence increasingly suggests that there will be no big new stimulus programme, as the decision has been taken to take the pain now rather than kick the can further down the road.

And those companies which fall into the denial category are convinced that even if growth dips quite dramatically this year, the long-term prospects for China remain fantastic. They could be right or wrong.

Those in sheer panic just don’t know how this might end – a multi-year downturn or perhaps something even worse? One non-chemicals measure of this panic is the collapse in copper prices (see above), which are viewed as  a pretty good overall economic barometer.

Whilst sheer panic never, obviously, doesn’t help anyone, it is right to assume that even the Chinese government has no idea about how this might end, as they are “crossing the river by feeling the stones”.

This excellent Financial Times article by Minxin Pei, professor of government at Claremont McKenna College in California provides an example of how reforms might have unintended consequences.

Firstly,  Beijing’s newfound reluctance to offer bailouts indiscriminately may have the unintended effect of undermining confidence in the solvency of a wide range of borrowers. This could prompt a credit squeeze that produces more default than is desired.

The withdrawal of the government’s implicit guarantee will make lenders less willing to extend new credit or to renew old loans. This will almost certainly force a large number of borrowers into default – including some with viable plans that would eventually have enabled them to repay their debts. Even relatively healthy borrowers are likely to suffer.

Second, many Chinese debt contracts are guaranteed by third parties. If one borrower is unable to make good on its promises, the event could trigger a series of further failures, as entities that have stood behind the defaulting borrower are themselves unable to fulfil their obligations. Systemic risks could be far bigger than the Chinese authorities assume, and may reside in unexpected corners of the financial system. The ensuing shocks could cause severe damage to the real economy.

Third, the task of determining which borrower should go bust is unavoidably political. At present China lacks market-based institutions and procedures for bankruptcy, restructuring and liquidation. Government officials will be deciding which borrowers should be bailed out, and which should be allowed to go under. It is easy to imagine a politically driven process resulting in the survival of the best-connected borrowers rather than the fittest.

Finally, imposing financial discipline on the Chinese economy through default and credit retrenchment will make it harder to meet Beijing’s growth target of 7.5 per cent for 2014. To strengthen the credibility of their commitment to reform, Chinese leaders need to consider abandoning this artificial objective so that they will have more freedom to implement painful financial restructuring.

And so beyond sheer panic, what can chemicals companies do?

They need to start planning for a very different China to the one that they have experienced over the last decade and more.

This is where we can help.