Home Blogs Asian Chemical Connections China: Realism Is Not The Same As Pessimism

China: Realism Is Not The Same As Pessimism 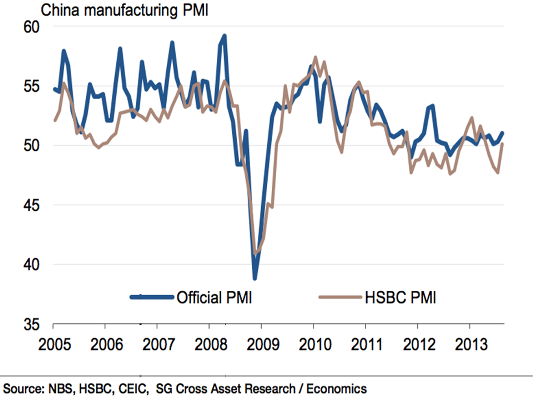 A CRUCIAL meeting takes place in China in November – the Third Plenary Session of the 18th Communist Party of China Central Committee.

More commonly referred to as “the November plenum”, the outcomes of the meeting will help determine the economic success or failure of China over the long term.

President Xi Jinping and Prime Minister Li Keqiang have been busy lining up their political support ahead of the meeting.

Thus, economic policy decisions taken ahead of the plenum have to be put into this context. A further decline in economic growth ahead of the event could well have weakened the political backing Xi and Li need if they are to successfully carry out painful long-term economic restructuring.

“Beijing has stepped up efforts to prevent a sharp economic slowdown by quickening railway investment and public housing construction and introducing a series of measures to help smaller companies, which could sustain the revival of internal demand in the coming months,” wrote Reuters in this article.

And so the official purchasing managers’ index (PMI) for August, which was announced on Sunday, reached a 16-month high of 51.0, up from 50.3 in July. The PMI is more heavily weighted towards measuring the economic activity of state-owned enterprises as opposed to small and medium-sized enterprises (SMEs). The SMEs buy the bulk of chemicals and polymers in China.

A separate final HSBC/Markit August China PMI, which focuses more on the SMEs, is scheduled to be published later today.

The flash HSBC/Markit August PMI, which was published last week, is also heading in the right direction: It rose to 50.1, the highest level in four months, mainly due to a rebound in new orders.

Xi and Li, as we shall discuss in a series of special posts this week, are caught between a rock and a hard place. China’s policy makers have confronted this dilemma for several years now.

If Xi and Li press ahead too quickly with reforms after the November meeting, they could lose the political support that they have been shoring-up over the last few months.

But if they are too cautious over the reform process, they will confront a myriad of financial, social and environmental problems that could end up destabilising China to the point where its economic miracle comes to an end.

Tomorrow we will revisit the challenges Xi and Li face in tackling financial-sector imbalances.

Problems with the financial sector are a further reason to take the positive August PMIs with a large pinch of salt, as both are said to have also rebounded because of the lagging effect of credit growth earlier this year. A lot of this credit might have been badly allocated.

It is possible to dismiss this kind of analysis as pessimistic. We believe that, instead, it is realistic.

The blog is ready to help your chemicals company build the realistic scenarios needed to prepare for a very uncertain future.