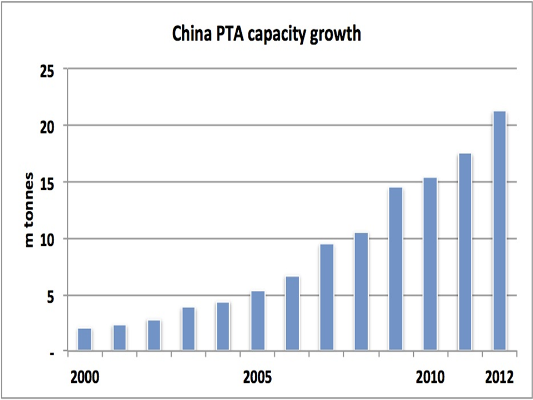 THE polyester chain in China is a good example of the dangers of assuming that the big macroeconomic picture will remain more or less unchanged.

Large amounts of purified terepththalic acid (PTA) (see the above chart) and polyester capacity seems to have been added in China on the widely-held assumptions that:

By John Richardson THERE seems to be a new consensus emerging over an ethylene c...