BBC: “How China Fooled The World” 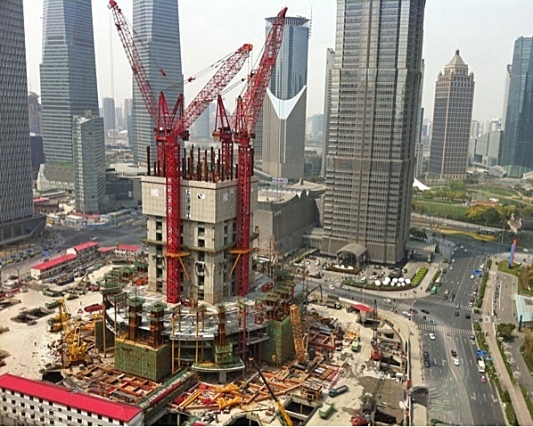 FOR the last three years, the blog has been asking people to challenge the consensus view of China.

We have often been accused of being pessimistic for the sake of pessimism. This misses the point. Our point has always been that every chemicals company – our customers – need to build in to their scenario planning the possibility that the consensus is wrong. After all, you wouldn’t get on aeroplane without travel insurance, would you?

And over the last few months we have become ever-more worried that the scale of China’s financial and other problems are so great this represents a Lehman Bros moment – in fact, we have now come to realise, something much bigger.

Now our views are gaining a lot ground.  Last night, the BBC ran a one-hour documentary by its senior editor Robert Peston, who won many awards for his work during the subprime crisis.  The documentary was introduced as follows:

Robert Peston travels to China to investigate how this mighty economic giant could actually be in serious trouble. China is now the second largest economy in the world and for the last 30 years China’s economy has been growing at an astonishing rate. While Britain has been in the grip of the worst recession in a generation, China’s economic miracle has wowed the world.

Now, Peston reveals what has actually happened inside China since the economic collapse in the west in 2008. It is a story of spending and investment on a scale never seen before in human history – 30 new airports, 26,000 miles of motorways and a new skyscraper every five days have been built in China in the last five years. But, in a situation eerily reminiscent of what has happened in the west, the vast majority of it has been built on credit. This has now left the Chinese economy with huge debts and questions over whether much of the money can ever be paid back.

Interviewing key players including the former American treasury secretary Henry Paulson, Lord Adair Turner, former chairman of the FSA, and Charlene Chu, a leading Chinese banking analyst, Robert Peston reveals how China’s extraordinary spending has left the country with levels of debt that many believe can only end in an economic crash with untold consequences for us all.

Peston identifies China’s current economic slowdown as the third wave of the global financial crisis, following on from the subprime crash in 2008 and the Eurozone crisis of 2011.

Over the past few years, China has built a new skyscraper every five days, more than 30 airports, metros in 25 cities, the three longest bridges in the world, more than 6,000 miles of high speed railway lines, 26,000 miles of motorway, and both commercial and residential property developments on a mind-boggling scale.

Now there are two ways of looking at a remaking of the landscape that would have daunted Egypt’s pharaohs and the Romans. It is, of course, a necessary modernisation of a rapidly urbanising country. But it is also symptomatic of an unbalanced economy whose recent sources of growth are not sustainable.

Perhaps the big point of the film I have made, How China Fooled the World, is that the economic slowdown evident in China, coupled with recent manifestations of tension in its financial markets, can be seen as the third wave of the global financial crisis which began in 2007-08 (the first wave was the Wall Street and City debacle of 2007-08; the second was the Eurozone crisis).

PREVIOUS POST China: One "Blink" And We Are Back To Normal
NEXT POST China's January Credit Growth: The Real Story