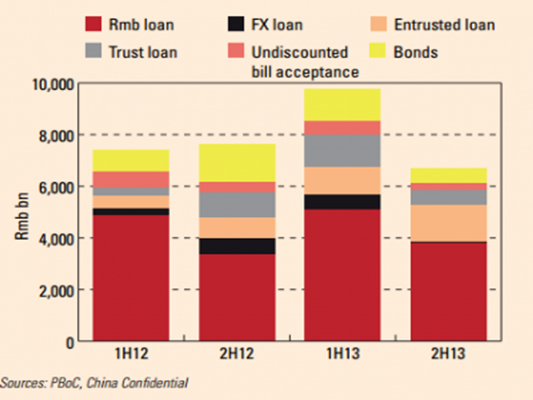 DO the maths and you should be able to assess what could happen to China’s GDP growth in 2014:

Every chemicals and other company must, therefore, factor in the distinct possibility of GDP growth much lower than any of the current consensus forecasts.

How low? As we said, the maths has to be done based on the assumptions above and will lead to estimates a lot lower than the 6-7% being forecast by several polyolefins producers.

PREVIOUS POST China Targets Trade Finance
NEXT POST China: One "Blink" And We Are Back To Normal