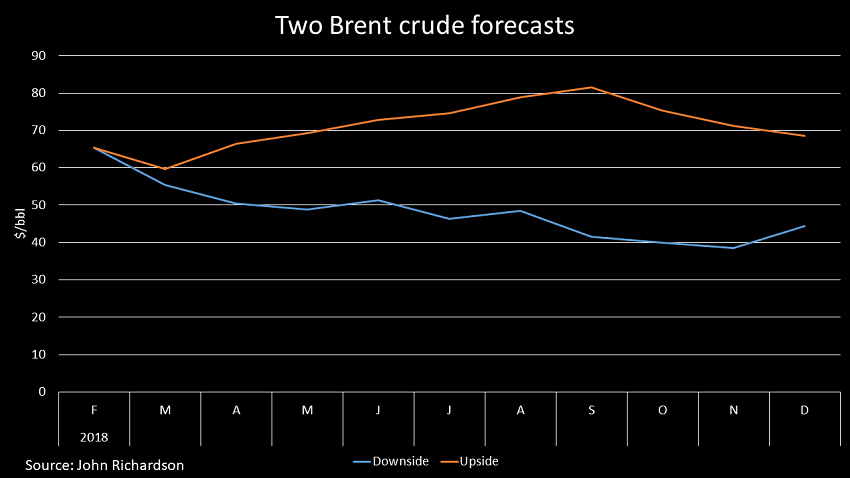 WE COULD now be in a destocking phase in petrochemicals markets as oil prices are falling on a surge in US production.

This would obviously mean lower petrochemicals pricing, leaving companies that have overbuilt raw material inventories with substantial financial losses. I hope that most companies have been prudent.

As the goalposts keep moving on US production levels, also hanging over the market is the record number of long positions held by the hedge funds.

The hedgies have made excellent money on buying crude and shorting the dollar. But they may soon start going short on crude whilst switching to long positions on the dollar. This would be in response to higher-than-expected US production and a “risk off” tactic if equity markets suffer further declines. The dollar is often a safe haven when stock markets slip.

Further, we are heading into the refinery maintenance season that will dampen demand for crude. Meanwhile, another major seasonal demand dampener is just around the corner both for oil and petrochemicals, which is the Lunar Year Holiday. This takes place in 15-21 February but activity in petrochemicals markets is already winding down.

I could be so easily wrong as forecasting oil markets is very often fool’s gold. An unexpected turn of events may send crude soaring again. But even if this is the case, the events of the last few days illustrate the risks ahead as we enter a period of what seems likely to be exceptionally volatile crude prices.

Scenario planning around crude rising to $80 a barrel during the rest this year or falling to below $40 a barrel might thus be sensible.

PREVIOUS POST House Of Cards Waiting To Fall: Oil, Equities And The Economy
NEXT POST Asian Petchems Profits Could Test Historic Lows In 2018