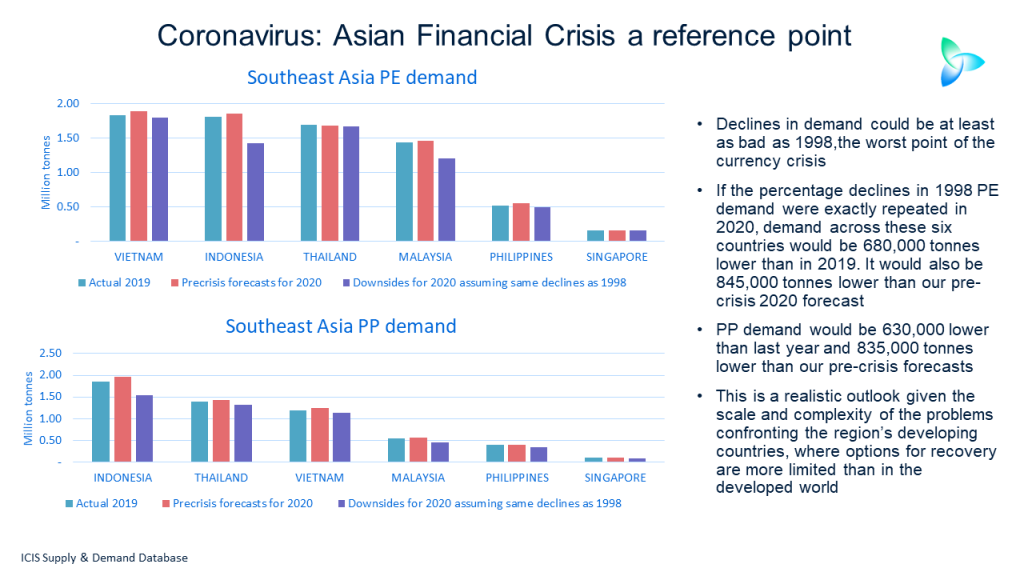 HOW do you replace anywhere between 9% and 18% of GDP when it has virtually disappeared overnight and there is little prospect of it coming back during the rest of 2020? This is one of the challenges Thailand faces because of the collapse of tourism.

Indonesia, Malaysia, Singapore, Vietnam and the Philippines, the other big economies in southeast Asia (SE Asia), are also heavily dependent on tourism which has all but vanished because of the coronavirus pandemic.

The answer might be government stimulus. The good news is the region’s governments are in much stronger fiscal positions than during the 1997-1998 Asian Financial Crisis. This has already led to $80bn of government crisis relief in Thailand, $59.6bn in Malaysia, $41.6bn in Singapore, $38.7bn in Indonesia, $6.4bn in the Philippines and $1.2bn in Vietnam.

But this runs the risk of currency weakness. The more the region’s governments spend, the worse their debt positions will become, leading to the danger of investor flight and a decline in local currencies versus the US dollar.

The region’s currencies are already substantially down since the crisis began. This is crimping demand for imports, including polyethylene (PE) and polypropylene (PP).

Add to this collapsing exports for the heavily export-focused economies of Thailand, Malaysia, Singapore and Vietnam and the region is facing a crisis on many fronts with no clear path to recovery. It is thus in my view that declines in PE and PP demand could be as bad as in 1998, the worst phase of the Asian Financial Crisis.

Events in SE Asia also further undermine the idea that global PE demand will be positive this year. The coronavirus pandemic is having so many adverse economic effects that negative growth to me seems inevitable, despite the boost from stronger packaging demand.

Now let us look at what this could mean for PE and PP demand growth in these six countries.

PE demand in 1998 fell by 21% in Indonesia versus the previous year, making it the hardest-hit of the six countries, according to the ICIS Supply & Demand Database. Almost as badly affected was Malaysia which saw a 16% decline.

If the 1998 percentage growth figures for each country were to be exactly repeated in 2020, these would be the results:

Recovery rests on an effective vaccine

Hopefully, it will not be as bad as this, but a better result depends on the successful emergence from lockdowns. It is hard to see how this is going to happen given the problems faced by the US and the risk of secondary outbreaks everywhere.

Until an effective vaccine is available and has been distributed globally, the first phase of the crisis is unlikely to be behind us. The second phase will involve rebuilding economies, with a lot depending on the fiscal strength of individual governments.

Singapore is OK because of its big government reserves but less so the rest of the countries. For all six, the balance will be government spending versus currency depreciation. At least, though, when demand returns to something approximating normal, weaker currencies would boost exports and tourism.

The core problem is today’s unprecedented collapse in consumption. Developing countries are much less able to compensate for the collapse in demand than developed countries for a myriad of reasons.

Think of Thailand in this respect. It is a poor country relative to the West. Until international travel returns to something like it was before the crisis, local people will be unable to fill the gap through more domestic travel as they don’t have enough money.

In my home country of Australia, the situation is completely different. Because we and New Zealand are rich  developed countries, a boom in local tourism looks likely once our two countries have got the virus under control. This could more than compensate for the loss of SE Asian visitors, provided our governments get their post-crisis economic stimulus measures right. So much will depend on government spending in the post-crisis world.

This illustrates why less developed countries in Asia will increasingly turn to China for support as their paths to recovery will be so difficult. China will in my view be more than happy to oblige as this will align with its economic and geopolitical objectives.

Meanwhile, though, there is no point in pretending that the next 1-2 years are going to be anything but very difficult for SE Asia. From a PE perspective, the region’s lack of demand growth will add to the pressure on a market, which, even before coronavirus, was facing major oversupply pressure.

PREVIOUS POST Why Asia may win and the US lose in post-virus petchems investment world
NEXT POST Coronavirus and the way forward: Forecasting micro surges in petrochemicals demand