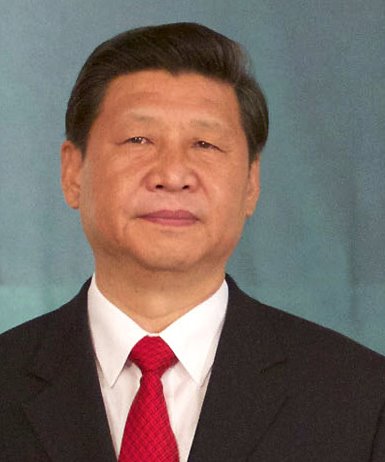 THE good health of China’s economy and the future of the Communist Party depend on giving farmers individual land-ownership rights and allowing equal rights for migrants in cities, an official from a leading Beijing-based government think tank told Bloomberg in this article.

“Land and hukou reform is the cornerstone for future economic growth and political-system reform,” said Yuan Xucheng, of the China Society of Economic Reform, who was the lead author of a report submitted to top officials.

“Migrant workers leave their big houses in the rural areas unoccupied, with only mice living there, while five or six of them have to squeeze into one small room in the cities,” Yuan said. “You have to allow farmers to trade land so that they can have wealth to settle down in cities.”

Wow. Talk about setting the bar high ahead of the pivotal November plenum meeting.

China’s top leaders surely recognise the scale problem, but reform in China might well have to be very gradual because of the enormous economic imbalances that they have inherited.

A reason why local authorities have been able to fuel China’s rapid economic growth over the last decade or so is that they have been able to seize land at knock-down prices from farmers because it is collectively-owned.

They have then sold the land on at a premium, of course, benefiting themselves individually while helping to fund local-authority spending programmes.

But despite these premiums, the knock-on effect of these cheap land grabs has been very low-cost land for property, infrastructure and industrial developers. And so, hey presto, you have ended with an effective big subsidy for developers, who also used to benefit from low labour and energy costs.

As we discussed on Tuesday, too much of a good thing can be dangerous. Hence, cheap land has contributed to over-investment in property, infrastructure and industrial capacity – hence, China’s systemic debt crisis.

However, Xi Jinping, China’s president and Li Keqiang, the country’s prime minister, have to get the pace of reform right.

They cannot suddenly bring to a halt cheap acquisition of land by local authorities because this is a vital source of their revenue.

But if they go too slowly, social unrest over land grabs may increase to the point where it affects political stability.

Also, the longer they tarry the bigger will be the bad-debt problems because of too many additional reckless investments, subsidised by cheap land.

At the same time, domestic demand, which needs to be boosted as part of economic rebalancing, will remain dangerously depressed due to the inability of individuals to use land as collateral.

Xi appears to favour a “middle way”, according to Li Guoxiang, a research fellow with the Rural Development Research Institute under China’s Academy of Social Sciences, another government research body, who spoke to the South China Morning Post.

He was interpreting comments made by Xi during a July visit to Hubei’s rural land rights exchange centre in Wuhan in July.

“Judging from what Xi said, China will adhere to the current collective rural land ownership system, while at the same time trying to amend loopholes in the system,” Li said.

“There will not be any big changes to the current system.”

Will Xi Jinping get this balancing act right? Nobody knows.

Equally uncertain is the success of providing equal rights for migrants – i.e. reform of the Hukou system.

Even though China became a country with an urban majority in 2011, around 240 million people who have permanently moved from the countryside to the cities still have a rural Hukou – a small red passbook that indicates that they are still, in effect, rural residents.

As a result, they do not have access to the same education and healthcare benefits as those who are registered as urban residents, often cannot buy homes and are even unable to obtain driving licenses. And so, obviously, they save a lot of money in order to pay for all of these essentials themselves, thus depressing China’s domestic consumption.

Reform efforts date back to 2001, but very few rural residents have since then won urban status because of the cost burden that this would impose on local authorities.

This is hardly surprising given that it took China just six decades to become a majority urban population, according to the United Nations Development Programme (UNDP). This compares with 150 years for Europe and 210 years for Latin America and the Caribbean.

As for the cost of reforming Hukou it will be very big, according to the UNPD.

China must spend at least 41.6 trillion yuan ($6.8 trillion) over two decades to integrate rural workers living in cities and towns if the country is to fully benefit from urbanisation, said a UNPD and Institute of Urban and Environmental Studies report, which was released late month. The Institute is again part of the Chinese Academy of Social Sciences.

“Spending may exceed 75 trillion yuan in a scenario with a higher rate of investment to improve living conditions and housing quality, according to the report released yesterday in Beijing,” said another Bloomberg article in this report on the study.

“The study’s baseline assumptions are for the urban population to rise to 976 million in 2030 from 666 million in 2010 and integrate about 210 million migrant workers.”

But other estimates of the cost are even higher, added Bloomberg.

“For example, Jia Kang, director of the Ministry of Finance’s fiscal science research centre, said in June that urbanisation will require financial support of 60 trillion yuan based on a 150,000 yuan per-capita cost of making 400 million rural residents into urban dwellers,” said the wire service.

The potential growth that could be unlocked from existing and further urbanisation is enormous.

Just imagine all those existing migrants, if they were eventually given Hukou status, being able to afford Western-style consumer-goods for the first time because their health, education and other costs have been taken care of.

But, again, a “middle way” appears to be the approach for Hukou reform.

In June, the National Development and Reform Commission, Beijing’s powerful macro-economic management agency, said that first of all, migrant residents would only be given urban status if they moved to the smaller cities, according to this Businessweek article.

Critics have pointed out that this is exactly the reform that was supposed to happen from 2001 onwards but hasn’t worked – and that most migrants want to move to the big cities, where most of the work is located.

Getting the balance right on Hukou reform will be enormously difficult. Again, nobody really has a clue about whether Xi and Li will be successful.

PREVIOUS POST Generic Strategies No Longer Good Enough
NEXT POST Every Time You Dip Your Toe In The Water...