China’s Debts: Close Your Eyes, Hope For The Best 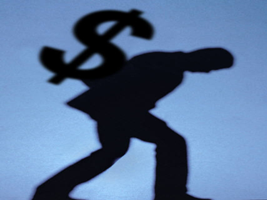 LACK of transparency is fine when any economy is booming.

Think of Indonesia pre-1998 before the fall of Soeharto. No foreign or local investor really cared that much about where the suitcases of money were going because the price of corruption was well worth paying.

Similarly in the US before 2008, most people hadn’t even heard of sub-prime mortgages, and, even if they knew about the potential problem, they didn’t worry about the opacity of collateralised debt obligations.  The convincing argument was that as long as house prices kept rising, even the apocryphal truck driver who had borrowed   $400,000 to buy a house, with no deposit down and on a salary of $30,000, would be able to pay his debts. If you asked too many questions, and, as a result, hesitated you ran the risk of missing out on the profits of a lifetime.

We all know the history of Indonesia and the US. Everybody started worrying about the pernicious influence of corruption in Indonesia post-1998. And in the US, late 2008 marked the point when thousands of experts said that they had always known that the sub-prime bubble was unsustainable.

What we don’t know is exactly how China’s economic history might end up being rewritten in order to cover the tracks of those who have got it wrong.

The blog remembers a discussion in early 2009, when the Chinese system of “authoritarian capitalism” was favourably compared to the excessive checks and balances of the West.

China’s swift decision to triple bank lending and make massive investments in infrastructure were lauded as the perfect antidotes to the global financial crisis. Again, nobody asked too many difficult questions about where the money was going as everybody was making money.

But China has entered a period in its economic history when transparency really, really matters because many people now recognise that making money won’t as easy as in the past.

A good example of this sudden push for clarity was the reaction to last week’s announcement by the State Auditor that the total outstanding debt of local governments had surged by 67% since the last audit was published in 2011.

Some people argued that the new figure couldn’t be trusted because the release of the new audit had twice been delayed, which they claimed suggested that Beijing was trying to cover up the full extent of the debt problem.

Another concern is that the audit does not identify which provinces confront the heaviest debt burdens.

Without more detailed and regular audits, re-assembling the local government financing system may become difficult – if not impossible – as a key part of this re-assembly is a viable municipal bond market.

Ratings agency might back away from assessing such a market – meaning, of course, domestic and foreign investors will stay away – unless all the debt details are fully disclosed. But by fully exposing the extent of the debts this might also deter lending because of the true scale of all the liabilities.

More positive interpretations of last week’s latest local government debt announcement might be much closer to the truth.

For example, it has been estimated that China’s overall government debt – both central and local – is just 56% of GDP compared with around 100% in the US.

And the State Auditor believes that Beijing will only have to cover one-fifth of the 67% rise in local government debt, even in a worst-case scenario – because most of the increase in lending has been in the form of contingent liabilities.

Maybe the right strategy is to continue to shut your eyes and hope that this will, once again, all turn out for the best.

We disagree. The time has come for much more detailed scenario planning.