Just to once again stress that what follows are as always my personal views, and are open to debate, based on the data. I look forward to the debate and together we can shine more light on critical issues for the chemicals industry 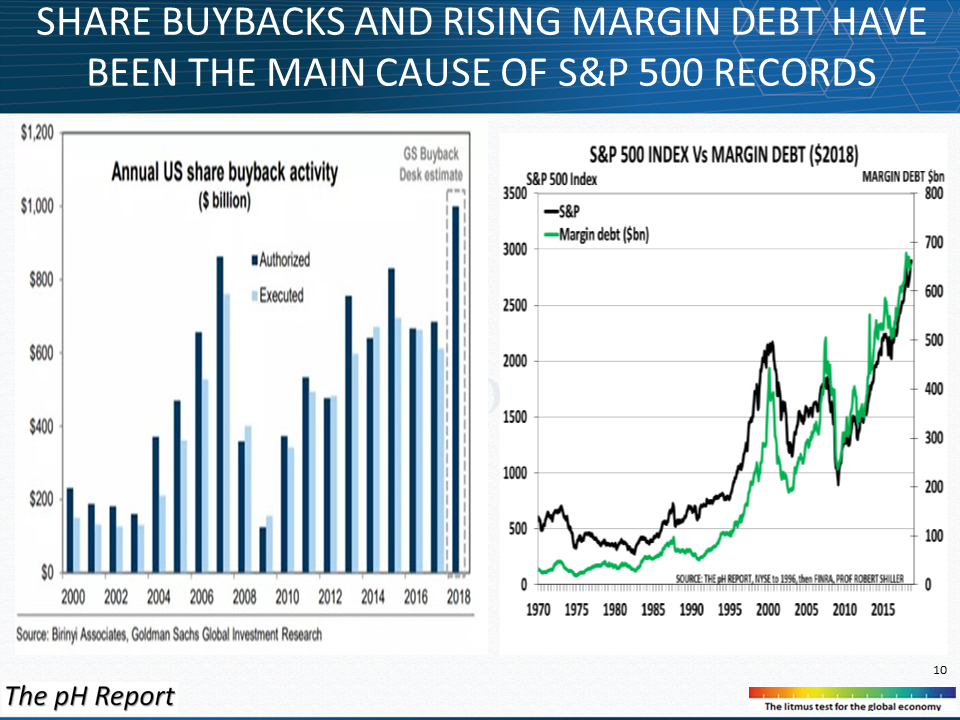 SO MUCH, perhaps, for the boost to the broader economy from last year’s big US tax cut, according to this article in the Financial Times.

The FT found that up until early November, S&P 500 companies had approved $741bn of share repurchases compared with the annual total of $550bn in 2017 and $529bn in 2016. The newspaper, along with a Federal Reserve research paper, concluded that the rise share buybacks been driven by repatriation of cash following the tax cuts.

Meanwhile, spending by US companies on research and development had yet to recover to pre-2008 levels, added the FT. This reflects what I believe has been happening since the Global Financial Crisis:

What’s the real motive for share buybacks? The FT suggests: “Senior executives can use buybacks to boost remuneration. Repurchases can help companies hit earnings per share targets that trigger long-term incentive payments for management, and increase the value of awards made in shares or share options.”

The above chart argues that one of main causes of the record highs of the S&P 500 has been share buybacks. Another cause is the big increase in margin debt.

So it easy to guess what might happen if the sugar high from last year’s tax cuts wears off, interest rates continue to rise and the trade war continues.  Share buybacks might fall as margin debt unwinds, resulting in steep declines in US stock markets. This could help trigger a global recession.

The other triggers for  a global recession

US bond markets might seem at first glance to have little to do with chemicals markets. But an inversion of the bond-yield curve has occurred ahead of every recession since 1945.

Normally, interest rates on ten-year bond debt are higher than that of two-year debt by a wide margin.

But sometimes, rates on two-year debt is higher – the definition of an inverted curve. This occurs when investors expect interest rates to be cut in the long term in response to a recession.

Bond markets could well be highly erratic over the next few months, but I see the risk of a consistent inversion of the yield curve on:

Let’s assume that I am wrong on this last point. Even without a trade war, the economic headwinds seem strong enough to lead to a global recession.

Please, please be careful out there.

PREVIOUS POST Deep understanding of inland China essential for tracking 2019 slowdown
NEXT POST Scenario 1 inevitable? Are you really, really, hand on heart, that sure?