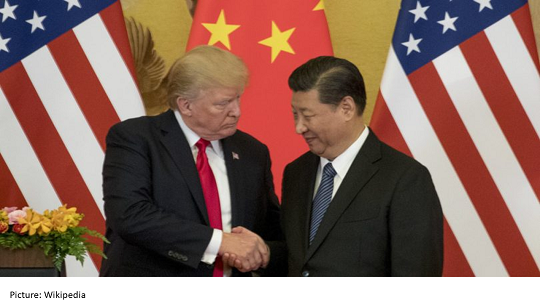 I PREDICTED that there could well be warm smiles, handshakes and some kind of trade deal at this weekend’s meeting between Presidents Trump and Xi.

But I added that the devil would be in the detail. The detail tells us that nothing has been agreed other than what Steve Okun of McLarty Associates quite rightly says is an armistice rather than a truce.

A truce would have involved existing tariffs being removed, but they remain in place – including, for the time being at least, 25% tariffs on US exports to China of PE, PP, ethylene glycols, styrene and other petrochemicals and polymers to China.

And whilst tariffs on Chinese exports to the US of plastic products will not be raised to 25% from 1 January, as had been the earlier plan, they are still in place – at 10%.

The US and China now have 90 days to resolve huge differences, assuming that that neither side is prepared to basically capitulate on their core positions.

Within just three months, China would have to agree to:

Good luck with that. China’s quite stunning economic growth over the past 30 years has been built on heavy state funding of manufacturing. This was earlier the case with any other countries including Japan and South Korea – and also the US if you go far enough back in history.

Now China’s economic prosperity is in jeopardy because of the danger that will become old before it becomes rich.

China faces rapidly increasing healthcare and pension costs because of an ageing population during a period in its history when 500m of its people still live on less than $5.50 a day. Despite its super-rich eastern and southern urban clusters, China therefore lacks the tax base to meet these soaring social costs.

This means it has to continue channeling heavy government subsidies to higher value manufacturing and service industries in order to generate enough tax revenue and preserve jobs. Employment is under jeopardy because a shrinking working-age population has led to steep increases in labour costs, thereby making lower-value manufacturing uncompetitive.

China is in a race against time to obtain sufficient higher-value technologies. It is attempting to move up the manufacturing and service value chain probably quicker than has been the case of any other country in the past. It thus seems doubtful that it will readily agree to much stricter rules on intellectual property.

As for its military rise, China’s strengthened position in the South China Sea is about access to hydrocarbons. As Tim Marshall points out in his excellent book, Prisoners of Geography, in a time of war the South China Sea could otherwise be closed off to China, starving it of vital imports of oil and gas.

The US is in a far stronger position because of its vast dual coastlines – and also, of course, because it is rapidly moving to energy independence as a result of the shale oil and shale gas revolutions.

It only therefore seems feasible that the US will have to give up major ground for a deal to be done.

But would President Trump be able to sell such a major about turn to his core supporters and many members of his White House team, including Vice President Mike Pence who has starkly laid the groundwork for a new Cold War with China?

An improvement in economic confidence resulting from the G20 deal will likely result in higher petrochemicals prices over the next week or so.

As of last Friday, ICIS price assessments indicated steep falls across many products because of concerns that there would be no G20 deal. For example, PP prices in China fell to three digits and were at their lowest level for 16 months.

Higher oil prices will also add to the upward momentum in petrochemicals pricing. Crude is likely to continue rising over the next week or so on promises of production costs.

And as the dust settles on the G20 armistice in a few weeks’ time, it might be the case that China, in fulfilling its pledge to buy more US imports, increases purchases of US petrochemicals. Since China’s August implementation of the 25% tariffs, purchases have fallen very sharply.

Perhaps this will take some of the pressure off US PE producers and will mean less oversupplied markets ex-China. In 2019, major increases in US PE production, especially LLDPE, are set to take place.

All will depend on whether a real and lasting deal can be done between the US and China. I suspect that when the initial euphoria has worn off, more and more people will focus on just how difficult reaching a lasting deal will prove to be – especially in the space of just 90 days.

This could well lead to another retreat in petrochemicals pricing, as markets are fundamentally oversupplied. Nothing has changed since the Saturday G20 meeting. In my view, the world is still heading towards a global recession.

As 2019 progresses with no permanent deal reached, it also seems possible that we will continue to move towards a bipolar world of two competing superpowers. This would have major implications for petrochemicals trade flows and petrochemicals investment patterns.

By John Richardson THE PICTURE on the left shows the Easter Day Parade in New Yo...

By John Richardson That didn’t last long, did it? But anyone paying attent... 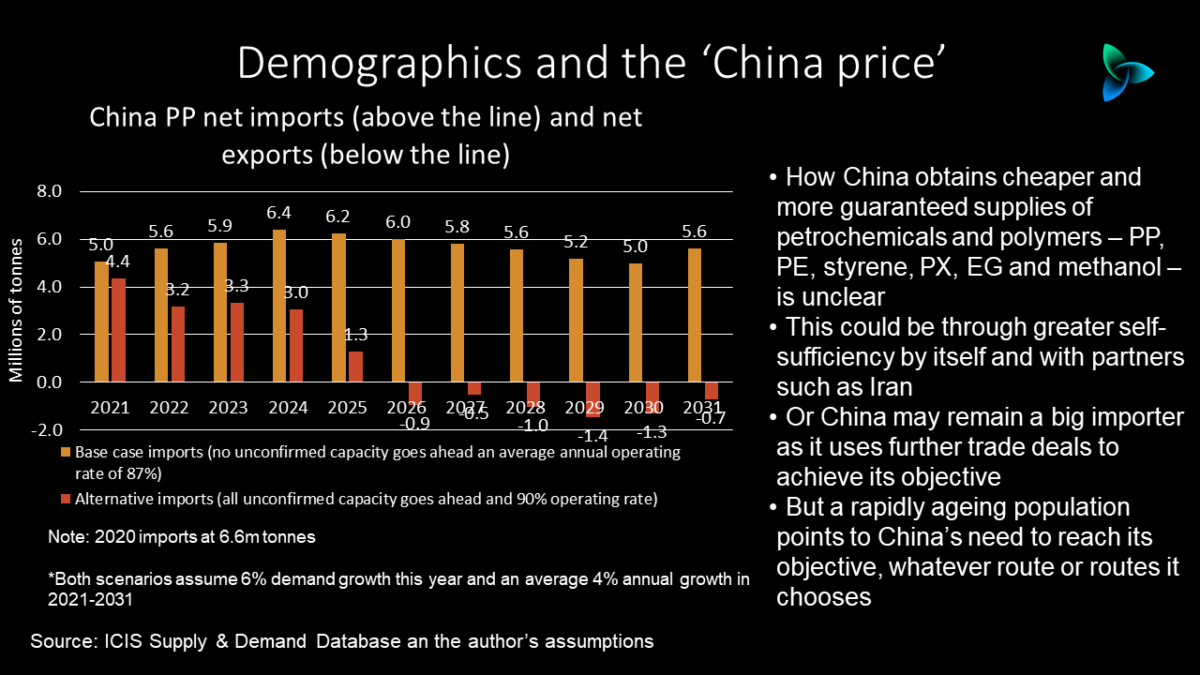 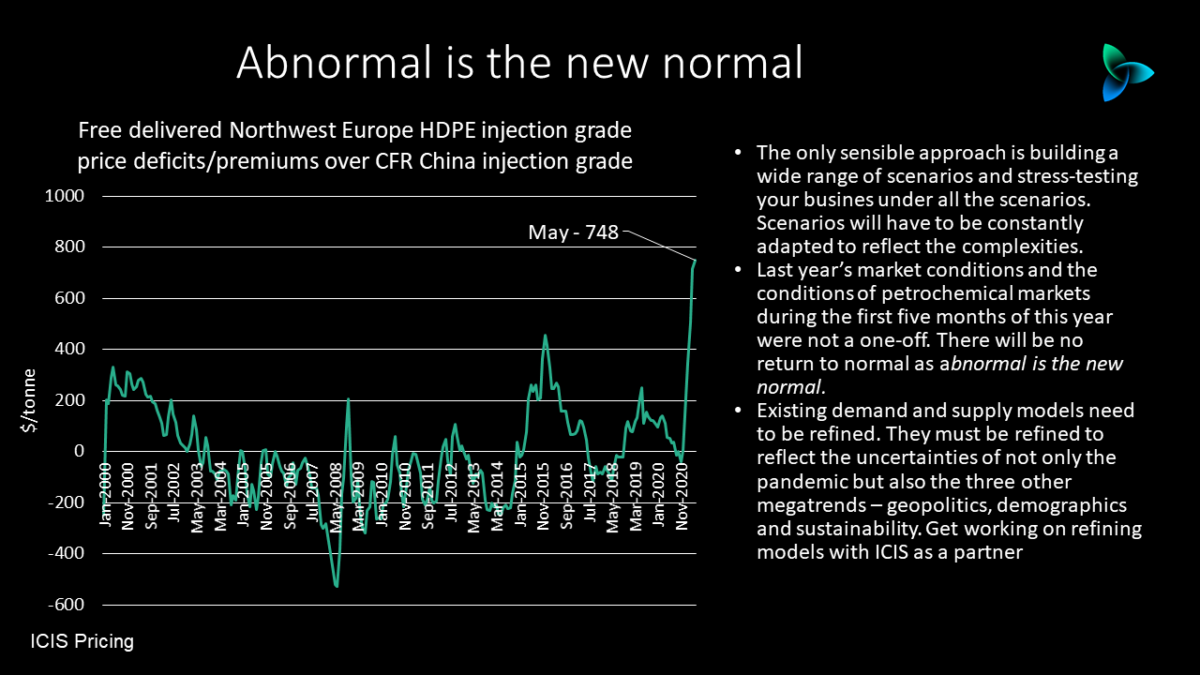 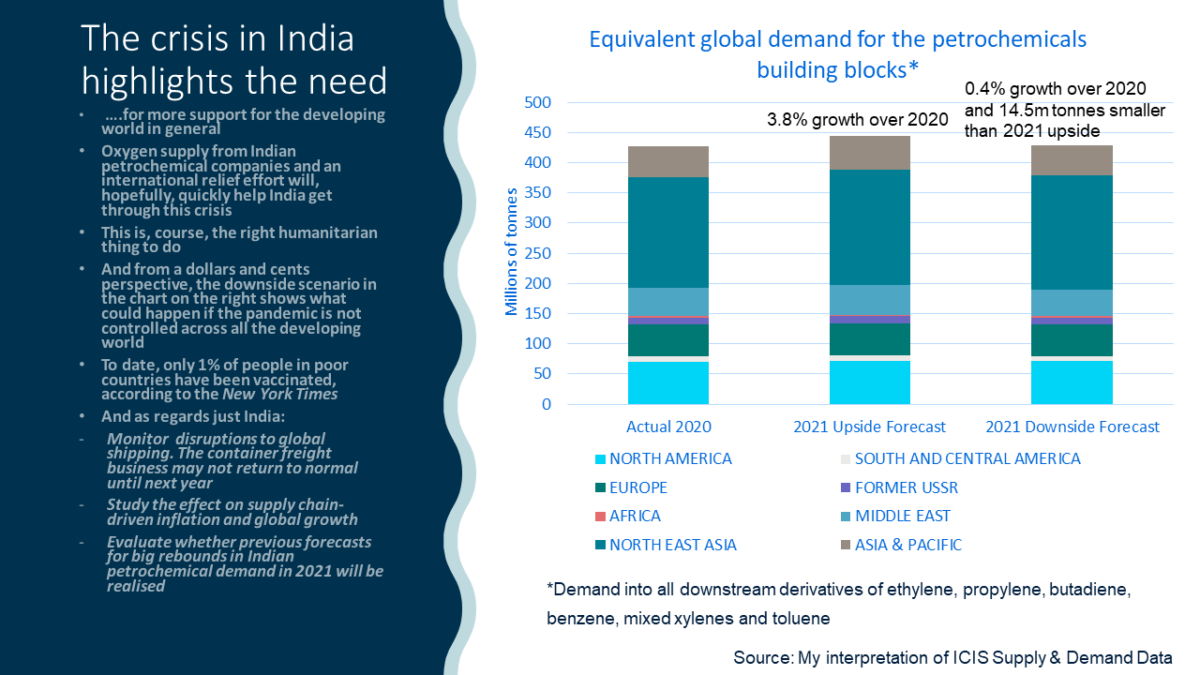 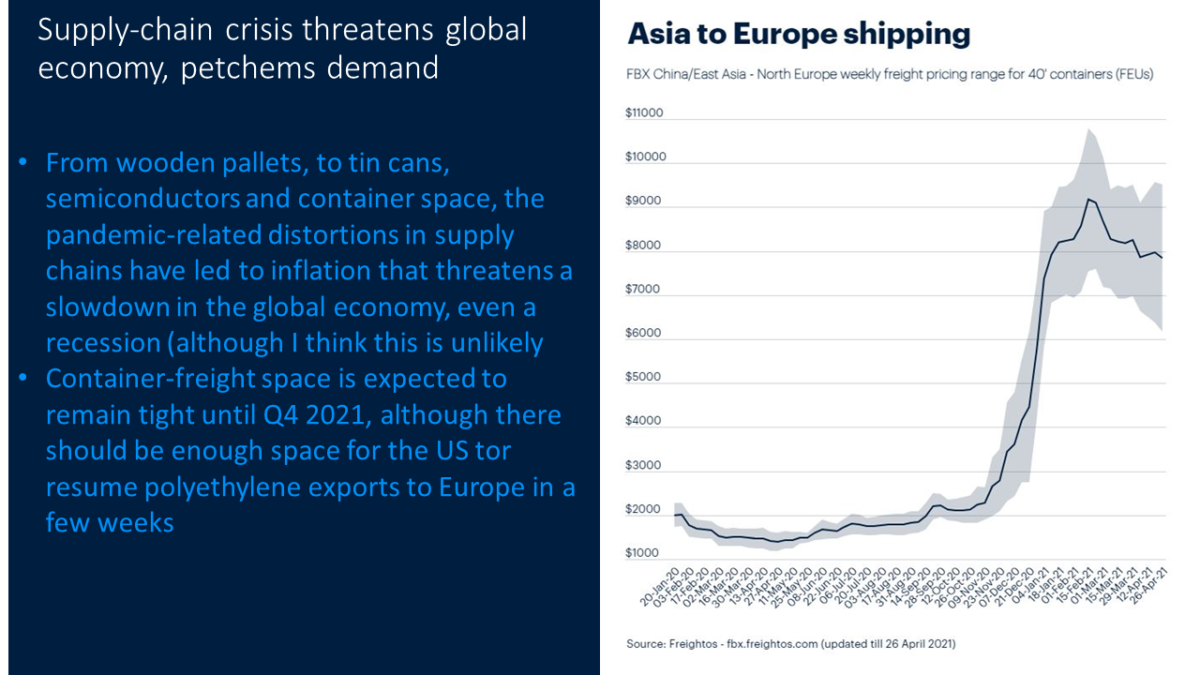