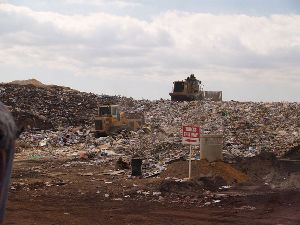 SHALE gas may never be a significant energy solution for Europe because the political challenges are just too great, as this article in the Financial Times points out.For example, the FT writes that:

Might the solution, therefore, be burning lots of refuse, including plastic waste, in order to generate cheaper electricity and reduce Europe’s dependence on imported oil and gas?

“I sometimes think in terms of the energy value, and the overall environmental efficiency, it might make more sense to burn plastic waste rather than recycle it, provided we can develop the right kind of catalysts to get rid of harmful emissions during incineration.”

But the problem might be finding enough garbage to feed the required huge increase in incineration. Across Northern Europe, where the practice of burning garbage to generate heat and electricity has exploded in recent decades, demand for trash far outstrips supply, according to this article in the New York Times.

Whatever are the solutions for Europe, it needs to find them soon in order to address a growing competitiveness with the US, which, of course, has adopted the shale-gas revolution with great enthusiasm.

And in the case of the European petrochemicals industry, it is being pushed ever-further to the right of the cost curve as a result of higher feedstock costs and more expensive electricity compared with the US.

A load of rubbish? Yes, perhaps both metaphorically and literally, but Europe has to somehow deal with its energy deficiency.

At Least One Company Saw It Coming

By John Richardson A MAJOR petrochemicals company two years ago predicted that r...

By John Richardson APPARENT polyethylene (PE) demand in China rose by 10% in Jan...