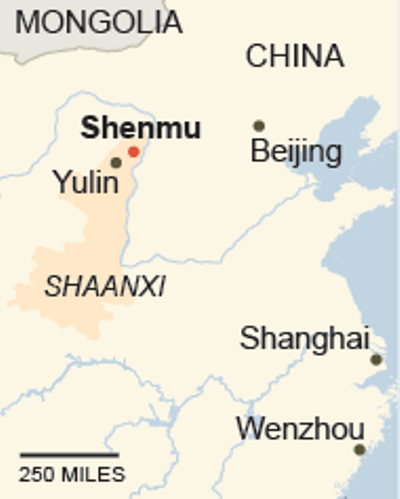 THERE are at least two Chinas out there right now, one where rebalancing seems to be working and another where the impact of economic restructuring looks as if it might upset the whole apple cart.

“I think the new government has really bitten the bullet. The more you look into it, the more you see some fundamental and long-term shifts where there is no going back – and that’s a good thing,” said a polyolefins industry executive.

“For example, the crackdown on corruption has continued and you can see this in the continued weakness of luxury-goods sales.

The executive points to the 13% increase in China’s apparent polyethylene (PE) demand (imports plus local production) in January-June of this year over the same period in 2011 as being partly the result of businessmen getting back to basics.

And as businessmen return to the basics of running their processing plants, thus boosting production of plastic film etc, they are not just inventory building. The executive believes that government efforts to further boost the wages of low-income workers have led to a strong, real improvement in end-use demand for supermarket food. As the poor have become little less poor, they can afford modern convenience foods for the first time.

A further factor behind the improvement in demand for packaged food is growing concerns over food contamination.  Andrew Liveris, CEO of Dow Chemical, last month highlighted food scares as a reason for the surprisingly strong PE demand growth in H1.

Let’s take this a little further. As the government, with a much-greater focus on sustainable and harmonious growth, legislates to improve the standards of domestic food production, confidence in “buying local” might improve, leading to a tremendous boom for China’s plastic-film producers. For instance, after all the scares surrounding local baby-milk powder, Beijing has announced that it is to lower the number of manufacturers to 50 from 200 over the next five years in an effort to improve safety standards, according to this Reuters article.

The other China is represented by this very disturbing article in the New York Times. It focuses on Shenmu (see map above), a city of 500,000 in Shaanxi Province in northwest China.

The article says that a painful credit crisis is spreading through Shenmu and cities nearby, as thousands of businesses have closed, fleets of BMWs and Audis have been repossessed and street protests have erupted.

“It’s an economic crisis just like the United States has had; just like it,” Wang Ting, an operator of an illegal casino in Fugu, near Shenmu told the newspaper. “There’s no cash, everyone stays home without a job, there’s no way the economy can recover.”

And the NYT adds:

Shenmu, and nearby cities like Ordos and Fugu, are at the leading edge of broader troubles that are beginning to afflict the entire Chinese economy. Across China, growth has slowed. With the slowdown have come rising defaults on loans made outside the conventional banking system, chronic overcapacity in many industries like coal mining and steel production and, in particularly troubled cities like Shenmu, a sharp decline in previously debt-fuelled prices for real estate and other assets.

The cracks are showing in many sizeable cities like coastal Wenzhou, where informal lending, a big part of so-called shadow banking, has dominated for a quarter-century. Cities with economies linked to commodities with falling prices have also been affected, as more people have defaulted on loans. The biggest, most economically diverse metropolitan areas like Beijing and Shanghai seem considerably less affected, but also have many small and medium-size businesses that depend on informal lending.

Lending has collapsed here in northern Shaanxi Province, where it was particularly speculative and frenzied, and where the local coal industry has also been crippled by steeply falling prices.

As some borrowers began defaulting early this year, worried lenders in the informal sector raised interest rates for small and medium-size businesses, previously 25 to 40% year, to as much as 125% a year. The increase set off a much broader wave of defaults in recent weeks, as owners found themselves unable to repay billions of dollars in bad debts, many of them handwritten and hard to enforce in court.

As we discussed on Friday, the government has made some efforts to lower short-term financing costs while also increasing long-term interest rates as part of its crackdown on speculation.

But, as we pointed out: “There is now, obviously, a big arbitrage between cheap short-term borrowing costs and expensive longer-term loans. Investors could therefore be gambling that their real estate investments will be finished before low-cost short-term financing has to be repaid.”

These two Chinas, and probably many more, can exist in parallel. There are no rights and wrongs here because of complexity.

So, nobody, absolutely nobody, can realistically claim to have a clue as to which one of these two Chinas will win the day.

PREVIOUS POST Cheaper Credit Drives Inventory Building
NEXT POST Australia and The US: History Could Repeat Itself