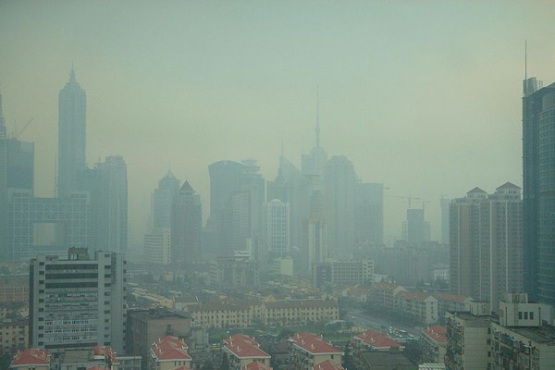 WINNING approval for petrochemicals projects in China no longer seems to be as straightforward as it used to be because of increasing anger over the state of the environment and new economic priorities.

The stalled paraxylene (PX) project at in the city of Kunming, in Sichuan province in southern China, is probably the highest-profile case so far involving petrochemicals of effective protests over the environment.

There were also unconfirmed reports  earlier this week, and in September, that the Taizhou refinery-petrochemicals project faces difficulties because of the environment and economic factors.

Why PX was picked on at Kunming in May-June of this year remains a mystery, especially given that demonstrators reportedly ignored a benzene project, which is also part of the planned refinery-aromatics investment at Kunming. Benzene is, of course, a well-established carcinogen.

It seems likely that PX was just a symbol chosen by protestors, who were angry at the wider environmental crisis.

The overall environmental statistics are horrifying.

For example, in January air pollution in Beijing was 40 times above the World Health Organisation safety limit.

A third of water in China’s major rivers is too toxic for human contact, never mind for human consumption, according to official statistics.

And China is home to seven of the world’s ten most polluted cities, adds the World Health Organisation.

A great deal of land is also said to be polluted by heavy metals, although the full extent is unknown because the government has labelled soil-pollution information a state secret, according to this article in the FT – which is mainly about Kunming.

Rising income levels and greater job security, partly  thanks to demographics that favour workers, are behind greater environmental awareness. As China’s veteran environmental campaigner Ma Jun told the FT in the same article: “No matter how rich you are, you can’t get healthy air. Now it is about everyday life, everyday discussions with your child, who probably can’t go out of doors.”

But in the old days, as rather one cynical chemicals industry source commented “none of this would have mattered as protestors would have been arrested and Kunming would have gone ahead anyway.”

Now, though, as a second industry source told us last week, when we discussed China’s response to the debate over global warming:  “China’s new leaders really mean business on the environment. The issue of global warming aside, air pollution is a huge problem for them because it is causing a great deal of social unrest,” he said.

“In the future, I think that whilst it might be possible to further develop existing chemicals complexes in China, a tougher approvals process will make it harder to create new sites.”

The conclusion from Kunming is that public anger – and thus government approval – might not necessarily follow any logic. In other words, the chemical you might want to produce might be inherently safe. Your intention could also be to employ the best safety standards and keep emissions standards to an internationally recognised minimum and yet you still might not get the go-ahead from the authorities.

But the logic at the very top of China’s government is incredibly sound, as Li Keqiang demonstrated in September when he said: “It’s no good to be poor in a beautiful environment, but nor is it any good to well-off and left with the consequences of environmental degradation.”

China’s top leaders seem determined to do away with investment for the sake of investment – both for environmental and economic reasons. This determination will probably become clearer at next month’s November plenum.

The economic case will, thus, also have to be much stronger for any new petrochemicals project.

In the old days, it was largely OK if a project created direct jobs in a particular area and had a sound ‘multiplier’ effect – i.e. it helped overall economic growth, we believe.

But now, even in the less-developed areas of China where job creation still remains a priority, both environmental and economic factors have become much more important.

One such economic factor is likely to be the big wave of shale gas-based crackers in the US and how this might impact the global supply and demand balance.