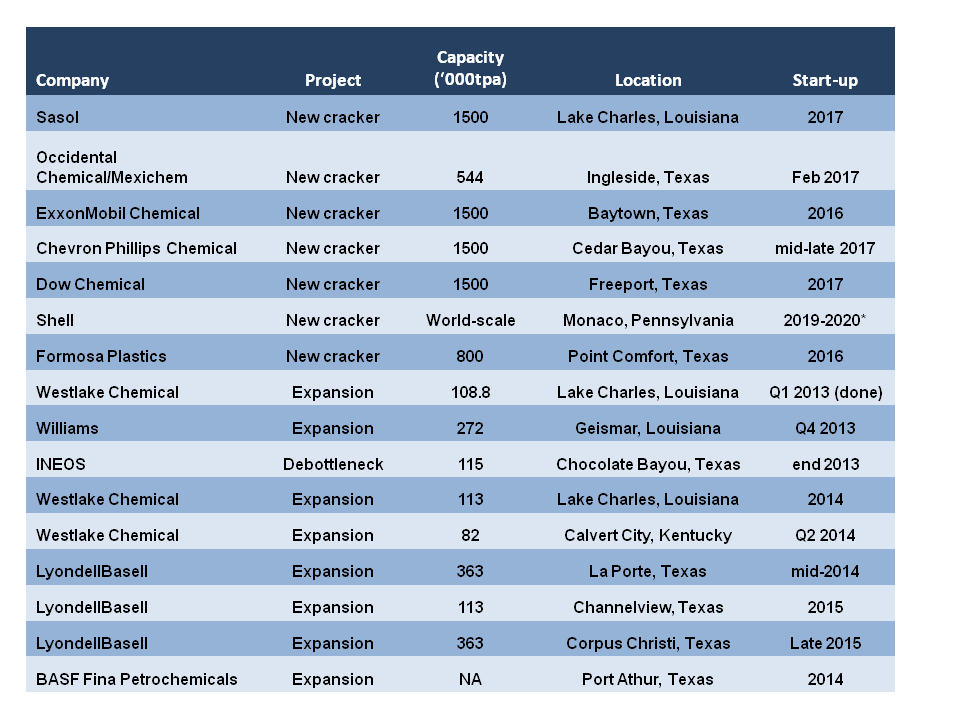 WHEN is apparent bad news actually good news? In the case of the US, where a serious shortage of manpower might result in at least the delay in some petrochemicals projects and perhaps, even, hopefully, some cancellations.

“For years there has been minimal construction activity in the US and so most workers have retired or gone to other jobs,” said a US industry source.

“But suddenly everyone wants to either expand existing capacity or build new crackers because of very cheap labour,” he added.

“This lack of labour is going to slow capacity growth.  All the plants due on-stream in 2016 are likely to be notably later as construction crews are spread thin.

“In one case I even heard of a construction crew waiting at a prison to hire newly released inmates.”

And Wells Fargo analyst Frank Mitsch wrote in a recent report: “We met with Sasol CEO David Constable and received an update on current business conditions and projects.

“While appreciating the manufacturing renaissance that has been afforded to the US from low-cost feedstocks, he views the upcoming flurry of construction activity as a‘huge issue as resources (skilled labour, overall manpower) could be constrained.

“To that point, Mr Constable feels fortunate to be at the front-end of builds, with engineering design work for Sasol’s world-scale ethane cracker (1.5m tonnes/year) on track for completion by the end of 2014 and the site operational in 2017.”

We continue to worry that feedstock advantage is only half the story. Why is it that, if demand growth prospects are so wonderful, US export volumes of polyethylene (PE) to China are down by 16% for so far this year? Yes, you can argue this a temporary phenomenon as China’s economy slows down, but might there be more something more fundamental and long-term going on here?

And what about the prospects for the rest of the global economy? To argue, definitively, without any caveats whatsoever, that everything from now on is all sunshine and roses is a little risky.