China: The Cost of Shutting Down 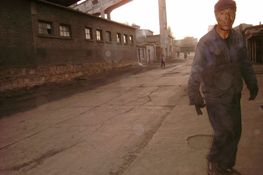 ONCE a petrochemicals plant is built it is pretty hard to shut it down.

This might well apply to Europe, which is why we think talk of widespread cracker and derivatives closures to make way for highly competitive new US and Middle East capacity could be overdone.

And definitely, without any shadow of a doubt, this applies to China where preserving jobs, especially in its less-developed inland regions, is set to remain a priority, with petrochemicals the foundation for this development.

The industry provides significant amounts of direct employment only in the construction phase, of course, but it provides local and therefore pretty much guaranteed supplies of raw materials to a wide range of downstream industries. Then come all the service industries connected to this wider industrial development and the tax revenues that allow local governments to pay for education, healthcare and roads etc.

And so there is a great deal of doubt amongst overseas competitors that China will make significant efforts to scrap its excess petrochemicals capacity, despite economic rebalancing.

Fortunately, though, excess capacity applies to only certain petrochemicals – most notably polyvinyl chloride (PVC) and methanol. We will look at PVC in this post and at methanol in a later post.

The problem is that, in the case of PVC, the supply overhang is enormous.

“Chinese capacity totals well in excess of 20m tonnes/year or so with demand at around only 15m tonnes/year,” said a source with an overseas PVC producer.

(Strangely enough, for those unfamiliar with the industry, around 1m tonnes/year of this demand is met by imports, despite the domestic oversupply. This is due to quality and logistics reasons and VAT rebates for re-exporting finished goods made from PVC.)

“Operating rates in China are only around 50% at the moment because of the oversupply, but, despite all the talk I can’t see significant rationalisation taking place because of all the socio-economic factors,” the source added.

“You would need 30-40% of capacity to shut down to bring the market into reasonable balance and that is not going to happen.

“The coal or carbide-based PVC plants in China are part of wider industrial complexes.

“You have a low cost source of local coal, with perhaps not enough alternative customers to keep the coal mine operating at a rate that guarantees enough employment.

“And the waste sludge produced from converting acetylene into vinyl chloride monomer (VCM) goes into cement production. Cement is obviously crucial for the construction industry – the major driver of growth across China. And, of course, PVC is vital for construction.”

There is a further impediment to consolidation, according to the source.

“The big surge in PVC capacity has occurred over the last 5-6 years, with most of the capacity additions during these years comprising bigger plants because of government regulations stipulating larger projects. Big plants are, of course, less likely to be closed down than smaller ones because of their superior economies of scale.”

If this problem of oversupply was limited to the China market, overseas competitors might not be that worried.

It will be important to monitor how aggressively China exports its PVC surpluses over the next few years as it, perhaps, tries to compensate for lower investment growth at home with stronger export earnings across all industries.