China and India: When Over-Investment Is A Good Thing 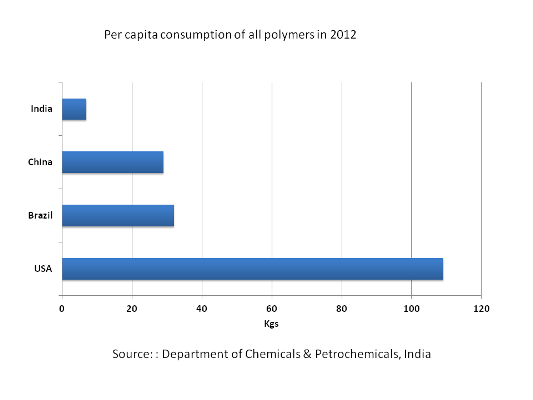 WHEN is over-investment a good thing? This was another question the blog was left pondering after a good conversation with a Beijing-based training delegate during ICIS Training’s recent China Seminar in Bangkok.

She made the point that China builds roads, bridges and railways, which ends up “seeding” or developing demand in less-developed provinces. So what if this incurs temporary debt problems? In the long term, the benefits are great. For example, a farmer might be able to operate a market stall in a nearby town three days a week, rather than just one, because his travel time has been cut in half.

Similarly, if you build a petrochemicals plant in a remote province that seems way too big for the local market, the idea is that this will form the basis for much wider downstream industrial development (there is a parallel here in what might also be happening in Southeast Asia). For example, China’s largest cracker at 1.22m tonnes/year is at Dushanzi in the western province if Xianjiang, where per capita GDP was only Rmb33,909 in 2012 compared with Rmb85,033 in Shanghai province.

This is not to say that China doesn’t have a serious over-investment problem. It must be much more careful in the way it spends money to prevent a systemic debt crisis, whilst also tackling an environmental crisis caused by too much of the wrong type of industrial capacity.

But, amidst all the distorted incentives at a local level, China’s central government has long had a plan – and now has a huge opportunity to make its new economic plan work for the benefit of the whole country, rather than just a small number of people at the top of society.

Not so, perhaps India. As this Financial Times article by Ruchir Sharma of JP Morgan argues “the inflation problem says a lot about what has gone wrong with India’s economic model under the Congress party.

“The government has let fuel and fertiliser subsidies spin out of control and has bought wheat and rice at artificially high prices to appease large farmers. It has been building an expansive welfare state, rather than pursuing reforms to boost productivity. The government has also been pushing up wages through, for example, measures to guarantee employment to rural workers. Over the past five years rural wages have been rising at an annual pace of 15% – faster than productivity growth and higher than in any other Asian country.

But it would be grossly unfair just to blame all the problems on the current government. Years of under-investment in roads and ports etc have meant that demand hasn’t been sufficiently seeded. Instead it flounders, as the above chart illustrates, because of not enough jobs and an economy too dependent on agriculture.

How can India progress from here? This is a subject we shall return to in detail over the coming weeks and months as we talk to people in the Indian chemicals industry.