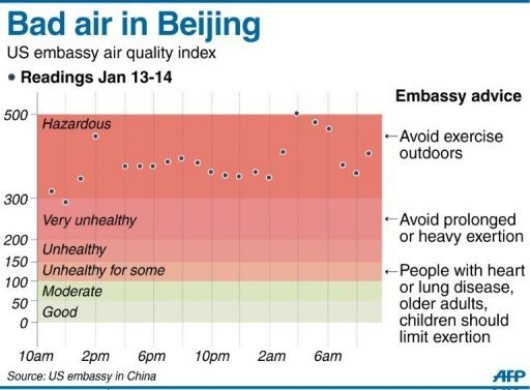 IT makes no sense whatsoever to think that the transition to another type of growth in China will inevitably be so smooth that there is hardly any disruption to the global economy, and, with it, of course, the chemicals industry. The issues facing China are too complex and too myriad for the transition to go smoothly.

And, as we have been warning over the last two years, the transition might not work at all. But we are still reading too many one-dimensional scenarios.

And we suspect that, even when most people accept that China’s credit drawdown is a bigger deal than Fed tapering – and that the drawdown could well be happening now – we will read even more of these one-dimensional scenarios. Change can be uncomfortable and painful, but this doesn’t mean it shouldn’t be embraced – otherwise your chemicals company is likely to end up with the wrong strategy.

We have, for example, heard several commentators say (we won’t single any of them out as this would be unfair) that all that China pretty much has to do ensure its switch from investment to consumption-led growth is overhaul the Hukou system. Some 13 million migrant workers, who are denied access to subsidised healthcare and education, would then have lots more money to spend.

But, firstly, local governments need to be given new ways of raising revenues to pay for this hugely-increased public services bill. The new revenue raising system is likely to take years to be put in place, assuming that it can be made to work at all.

And we are with Leslie Young, a professor of economics at the Beijing-based Cheung Kong Graduate School of Business, when he says:  “The world cannot afford for China to become a mass consumer society, it’s incompatible with resource constraints and it’s an equation that doesn’t work.”

There is, of course, enough iron ore in Australia and elsewhere to make an automobile for every Chinese adult, and there is no global shortage of oil to power those vehicles.

But as China has discovered, the supply of clean air is at a premium, and the willingness of its people to put up with air that is prematurely ending the lives up to 500,000 Chinese citizens every year seems just as limited.

Yes, but transforming the Chinese vehicles fleet, and in the infrastructure to fuel those vehicles, isn’t going to happen overnight when it comes to making use of natural gas – assuming that China can, anyway, source sufficient natural gas  at the right price to make the switch.

Also, while gas can burn cleanly than gasoline and diesel, as Hong Kong has discovered, badly maintained LPG taxis produce a great deal of pollution. Can China find the resources to adequately check a vehicle fleet heavily reliant on LPG?

Sure, the sheer law of numbers, China’s vast army of new graduates – some 7 million a year – suggests the strong possibility of major breakthroughs in domestic technologies for battery-powered cars etc.

But how do you make all the batteries that would be needed in a sustainable way? And where is the electricity going to come to re-charge these batteries? Please don’t let it be coal.

And going back a step, how do you stop most of the really bright and capable science and engineering graduates quitting the country before you make breakthroughs in battery technologies and in many other higher-value industries? China needs these breakthroughs  if is to escape its middle-income trap.

Might an oversupply of domestically-made automobiles be aggressively exported at very low cost by struggling manufacturers? What might this mean both for global autos markets and for polypropylene (PP) trade flows? We could go on and one.

Enough for now, but everywhere we look, the blog sees evidence of a transition that will be anything but smooth.