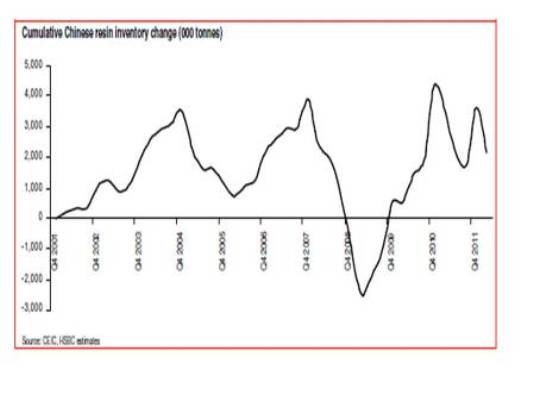 AT the high inflation point of any financial bubble, you tend to get outlandishly dangerous and dodgy practices designed to make even more money because most people think that “this time will be different” – i.e. that the drunken party will go on forever.  The US sub-prime disaster is, of course, a great example of this, as this fantastic article, from last weekend’s Financial Times, so well describes.

At some point, though, the bubbles always have to end – either because of events beyond the control of politicians, regulators and central bankers (the collapse of Lehman Bros) or, in the case of China right now, the very wise decision to tackle the debt crisis head on before it gets any worse.

Here is a reminder of the scale of what we are talking about in China (we make no apology for sticking to this theme in the blog as it is the single-most important issue for the global economy):

There is one particular outlandishly dangerous and dodgy practice that officials are now targeting in China: The misuse of trade finance.

We understand that efforts to stamp-out the practice have been stepped-up now that the Lunar New Year holidays are over.

Here is how it has worked since late 2008, when China began its huge expansion of credit in order to tackle the consequences of the Lehman Bros-triggered global financial crisis:

When the blog first heard about these “circular trades” back in 2009, from an excellent former ICIS China colleague in Shanghai, we were incredulous.

But it began to sink in when a Singapore PE trader told us the following year about a phone call he received from a Chinese trader he hadn’t come across before.

The Chinese trader asked for PE. When the Singapore trader asked “what grade do you want?” his new customer replied, “any grade, I don’t care, just send me as much as you can as soon as you can”.

I agreed with the trader at that time when he said he was going to go short – and so probably helped cost him money. Once again, therefore, if he is reading this post: “Sorry, dinner is still on me.”

Both of us should have remembered the old quote, “the market can stay irrational longer than you can stay solvent,” from speculator and economist, John Maynard Keynes. The bubble in PE demand – and in synthetic resins demand in general – continued throughout 2010 until April 2011.

If you recall, in April 2011 Beijing became worried about inflation. As a result, lending conditions were tightened.

This led to a long period of destocking in synthetic resins as apparent demand (imports plus domestic consumption) was well below the growth in GDP. This was the opposite of 2009-2010, when apparent demand growth was way in excess of GDP.

A groundbreaking HSBC report, published in June 2012, highlighted the problem. See the aboce, from the report, which showed the big distortion of stock levels.

While traders have been influential within the Asian resin markets for a while, we can trace the shift to a predominantly trader-led resin market in terms of influence back to the early days of the post-stimulus period in 2009.

Key points to bear in mind are that the big departure of apparent consumption from GDP growth only started in 2009, post-stimulus

This correlates with the spike in futures volumes of LLDPE on the Dalian Commodity Exchange and, anecdotally, with what one hears about Chinese traders using commodity imports as a source for financing.

They concluded that PE, polyvinyl chloride (PVC), polypropylene (PP), polyethylene terephthate (PET) and acrylontrile butadiene styrene (ABS) demand growth had averaged just 2.7% from Q1 2011 until the end of Q2 2012, compared with a 9.1% increase in GDP.

There then followed the renewed spike in liquidity in late 2012 and Q1 2013, followed by China’s “mini-stimulus package” in July 2013.

And so history repeated itself as PE apparent demand growth rose to 14% in 2013. This compared with forecasts of underlying, real demand growth of only 4-6%.

Where has all this “surplus” resin gone? Perhaps, as was the case back in 2011-2012, into very long, very complex and therefore very opaque supply chains.

Supply chains have become more extended and complicated because of the entrance of the type of trader that we described above: One who doesn’t care about what grade of PE he buys, as long as he can get hold of a cargo as quickly as possible in order to make use of the LC elsewhere.

He is about to disappear from the system, permanently this time we think, because, on this occasion, China’s leaders will not and cannot back down.