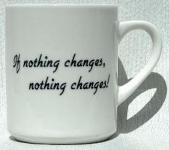 LAST year was a tremendous year for polyethylene (PE) exporters to China, according to data provided by US-based International Trader Publications, the US-based trade data and analytics service.

They conclude that China’s imports of high-density polyethylene (HPDE) and low-density PE (LDPE) posted strong gains. Volumes for 2013 were up 18% and 10%, respectively, versus the prior year.

Imports of linear-low density (LLDPE) from Singapore, with a major capacity expansion [the new ExxonMobil plant), were up 40%, in contrast to the 4% drop in LLDPE from Saudi Arabia, they add.

The job now for producers is, of course, to assess what might happen this year.

We have spent most of the last week asking them that very question and here is a summary of what they think:

This “base case” scenario might turn out to be right, but we continue to worry that:

In a special report, which we will publish next week, we will outline our arguments in more detail.

We hope that this will become a valuable tool in strategic planning.