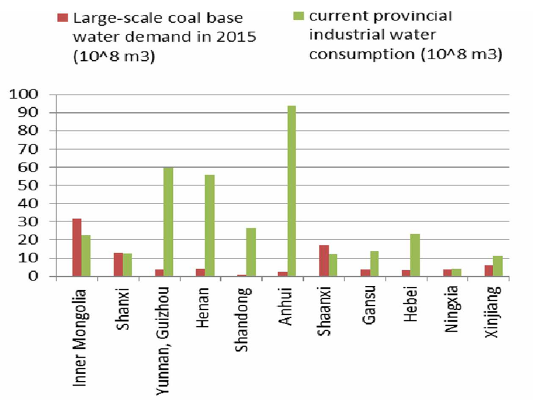 THE debate about how exactly how much coal-to-olefins (CTO) capacity China will add has been largely around the economics of the process versus that of naphtha cracking.

In terms of capital costs, building a CTO complex costs 1.5-2 times more than constructing a naphtha cracker, according to our colleagues at CBI China.

But the running costs are supposed  to be the bigger issue, given China’s ability to always make capital available at very low cost, sometimes even for nothing, if it so desires. On a variable cost basis, even though most of the polyolefins made from the olefins will have to be transported a long distance to China’s major consumption markets, some consultants argue that the CTO process often beats naphtha hands down.

But in the final analysis, every discussion other than the one around water availability is, surely to goodness, purely academic.

Hence, given the extreme water shortages in northern China, where most of the coal-to-olefins (CTO) projects are located, a source with one of the big oil, gas and petrochemicals majors sees a very limited future for China’s CTO industry.

“Per capita water resources and water resources per square metre in China’s key coal producing provinces, such as Inner Mongolia, Shanxi and Shaanxi, are only 1/10th of the national average, wrote Greenpeace and the Chinese government’s Institute of Geographical Sciences and Natural Resources in an August 2012 study (see the above chart from the study).

“The development of coal-to-chemical industries in China’s coal-rich but arid western regions will not just lead to depletion of ground water, but also water pollution issues,” added the study.

The fact that a government body co-authored such a forthright study, rather than insisting it was watered-down (excuse the pun!) for face-saving, political reasons, as can be the practice in China, seems significant.

Responding to the Bloomberg article, Woori Investment and Research published the following research note:  “The coal industry’s growth is highly likely to be undermined due to the government increasingly regulating water usage in regions such as Shanxi and Inner Mongolia (combined, they represent 57% of China’s coal reserves).

“In particular, the UN has determined that most of northwest China – where coal reserves are most abundant – is a ‘water-stressed’ region.

“In January, the Chinese government mandated that water usage growth in Shanxi should not exceed 2.9% per annum until 2015; but, as coal production growth there is around 5%  per annum, water shortages will likely intensify.

“In 2014, China’s coal-based petrochemical industry is expected to account for 26.4% of the global ethylene capacity expansion.

However, because of water shortages and high logistics and production costs [that’s debatable – see above], Woori believes it will be hard to normalise operations at these plants – assuming, of course, that they are built in the first place.

But demand is still the thing to focus on for anybody who sees CTO’s limited future as an opportunity.