Home Blogs Analyse The Data And Listen To Li Keqiang

Analyse The Data And Listen To Li Keqiang 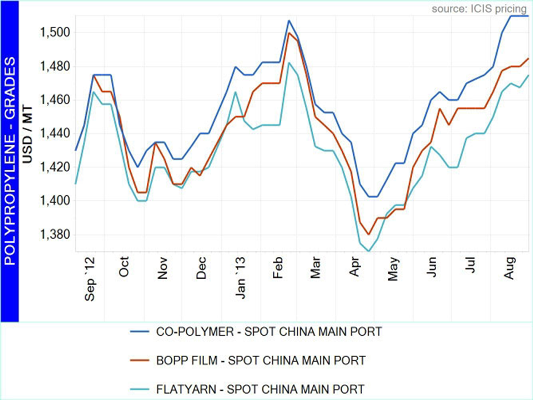 IT IS important to look at long-term trends in China rather than be misled by a few positive sets of data. This is not pessimism, just realism.

Yesterday saw the release of very good August export data.  Exports were up by 7.2% from year earlier, and were 5.1% higher than in July 2013. In June, exports contracted by 3.1%.

Stock markets have, of course, rallied on the “good news” and might improve even further today, when industrial production and retail sales figures for August are released. As with exports, they are expected to surprise on the upside.

But part of the explanation for stronger exports seems to be the peak manufacturing season, when China’s factories ramp-up their output of finished goods for shipment to the West in time for Christmas.

“Wholesalers and retailers are already receiving shipments of stuff from China, ready for the year-end holidays,” a Singapore-based executive with a container-shipping company told the blog.

Everyone has to try and separate this stocking-up in the West from a real and sustainable recovery in demand from Western consumers for Chinese-made goods. This, of course, depends on your view of the durability of the economic recovery in the West. It is far too complex and big a subject to cover in detail in this post but for the sake of realism again, briefly here – take a close look at US unemployment numbers.

It is also realistic, as the Wall Street Journal points out in this article, to expect China’s export competitiveness in low-value manufactured goods to continue to decline on rising labour costs and a stronger Yuan.

The August trade data was also not entirely positive, as import growth declined on a year-on-year-basis to 7% in August compared with a 10.9% increase in July.

This tells us two things:

Chemicals companies must therefore prepare for a weaker Q4.

“Analysts surveyed by Bloomberg News last month see [GDP) growth slowing to 7.3% in the fourth quarter, the weakest in more than four years, after 7.5% in the July-September period, based on median estimates,” wrote the wire service, in the same article that we have already linked to above.

As for the whole of next year, JP Morgan sees growth slowing to 7.2% from 7.6% in 2013. But we continue to think that underlying, real GDP growth could be a lot lower in 2014 and over the next decade or so.

If anybody still wants to take a few positive data sets as a sign that  the old China has returned, read what Li Keqiang, prime minister of China, has to say in this Financial Times article.