No Ethylene Margins Peak In 2016 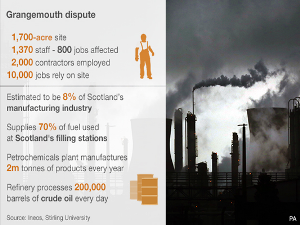 FORECASTS of European capacity closures and project delays and cancellations have led some financial analysts to the conclusion that there will be a peak in ethylene margins from 2016 onwards.

This will provide a few years of very strong returns for the global industry before the big wave of US capacity comes on-stream post 2017, they argue.

We think that there is a significant risk that this period of peak earnings will not happen because:

“Borouge 3, due on stream in 2014, is expected to have more of an impact on the polypropylene (PP) market in Europe, but polyethylene (PE) is also planned to come from the huge new site,” wrote my ICIS colleague Linda Naylor, in this ICB article

The giant Sadara project in Saudi Arabia – a joint venture between Saudi Aramco/Dow Chemical – also seems to be very much on track.

Sadara will have an 18-month start-up window from mid-2015,with ethylene and polyethylene (PE) being commissioned first followed ethylene oxide (EO) and propylene oxide (PO and finally polyols and isocyanates. The complex is expected to be fully on-stream by late 2016.

The oversupply looks as it is going to be particularly bad in PE, given that, in addition to the capacities listed above, the ICIS Plants and Projects database also includes.

And there is also the possible “wild card” of the ExxonMobil complex in Singapore.

Ever since the complex came on-stream earlier this year, unconfirmed rumours have persisted that operating rates have been well below 100%.

“Production will be stabilised eventually. Once this happens, I am worried about how the market will absorb all of the new ExxonMobil capacities – particularly its 1m tonnes/year of metallocene-grade LLDPE,” said a source with another producer.

Searching For A Manufacturing Revival

By John Richardson WALK into any airport bookshop and you will see shelf after s...

Guaranteeing The "Trickle Down" Effect

By John Richardson THE average-paid worker in a US company has to work for more ...

By John Richardson AFTER a very challenging first quarter, nobody wants to make further write-downs ...

By John Richardson PLEASE DON’T say I didn’t warn you. China is rapidly moving towards polypropy...

By John Richardson ALL OF us are struggling to come to terms with a collapse in the global economy t...

By John Richardson POLITICIANS, not just including the Populist variety, are talking a lot about res...

By John Richardson RECENT rises in oil and petrochemicals prices should not in my view be taken as a...

By John Richardson AS PETROCHEMICALS storage space in China fills up on the hope that the country ca...

By John Richardson IT IS NOT just a razor-like focus on petrochemicals demand that will get you thro...

By John Richardson PETROCHEMICAL companies can adapt to the coronavirus New Normal by running their ...