Credit Tightening The Key For China In 2014 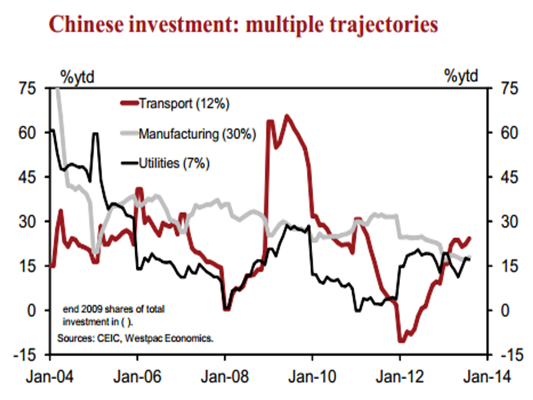 WE have been on a magical mystery tour during the second of half 2013 in an effort to discover what has really driven the 14% year-on-year increase in polyethylene (PE) apparent demand in China in January-August – the latest data that is available to us. Apparent demand is imports plus domestic production.

Andrew Liveris, CEO of Dow Chemical, back in May said unexpectedly strong demand was down to more people buying pre-packaged foods in supermarkets because of food safety concerns. Possibly true, we think.

We have also discussed Operation Green Fence – the crackdown on imports of recycled scrap plastic that was introduced in January of this year for environmental reasons. On paper, this should have boosted demand for virgin resin (our demand-growth charts only measure the strength of virgin-resin demand).

This theory is a dud, however, as the data for recycled, or scrap, PE imports up until September of this year is inconclusive.

In January-September 2013,  2.37 million tonnes of recycled PE was imported into China, according to China Customs

Another driver is likely to have been rising income levels – in rural areas in particular – as the government tries to narrow the yawning gap between the super-rich and everyone else in China. Perhaps this type of growth has reached a positive tipping point in 2013 and so has accelerated beyond expectations. This could be further evidence that GDP as a measure of petrochemicals demand growth in general in China is a broken tool.

But our gut feel, having spoken to the PE market, is still that the availability of credit is the single-biggest reason why we have seen such a strong resurgence in PE demand growth – and probably that of many other petrochemicals that are easy to trade and store – during 2013.

China’s PE inventory levels, despite all the talk at the moment that they are low at the converter level, are notoriously hard to assess because of the length of supply chains.

Multiple distribution levels, from bonded warehouses for resin to local polymer storage  all the way down to warehouses that store finished plastics goods, are impossible to properly monitor in real time.

Add to this the immense appetite in China for speculation, as this is a proven route to wealth, and we think that there is a substantial risk that the January-August 14% apparent demand growth will end up being real growth in the single digits – once adjustments have been made for total stock levels.

Better measures of the impact of credit cycles on apparent petrochemicals demand growth in China are thus essential if we want to improve the planning process.

And so where do we go from here?

First of all, here is the recent history.

Credit surged in Q1 2013 because of runaway lending via the shadow-banking system. This took some six months to fully work its way into the economy – hence, the pick –up in PE demand growth later in the year.

Next came benefits from the “mini-stimulus package”, which was introduced in July in order to shore-up political support ahead of November’s pivotal Third Plenum.

Transport, manufacturing and utilities spending have picked in 2013, thanks to the package (see the above chart). But they might now have peaked.

Arthur Kroeber, editor of the China Economic Quarterly, argues that tighter bank lending conditions are also likely over the next 18 months.

“For the supply-side structural reforms to be effective, the extremely loose credit conditions of the past 18 months must be tightened, and hard budget constraints on state firms and local governments need to be restored,” he wrote in the Q4 2013 edition of the China Economic Quarterly.

“The central bank alluded to this in its recent, unusual public warning that ‘the economy will likely go through an extended process of deleveraging and capacity reduction’.

“It started reining in credit growth in May, and on our estimate the growth in total credit has slowed to 18.9% year on year in October from a peak of 22.4% in April. If anything, policy has further tightened since then, with the central bank allowing short-term rates to rise to their highest levels since the June credit squeeze.

“Since the various forms of shadow finance are largely funded in the inter-bank market, this rise in rates definitely constrains new lending, and the slowdown in credit growth will continue over the next few months.”

This tightening of credit would inevitably have some impact on the real economy, which meant that headline GDP growth would likely weaken again in H2 2014, he said

“How much it slows down will depend on how successful the authorities are at changing the allocation and not just the growth of credit—in other words, ensuring productive private-sector firms get more loans, and wasteful local-government investment projects get fewer,” continued Arthur.

“It will also depend on how much private-sector investment can accelerate to offset what is likely to be weaker growth from those local investment projects and SOEs [state-owned enterprises].

The reason is that efforts to date to shift lending more towards the private sector have seen only limited success.

“Despite efforts for many years by every level of government to alleviate financing difficulties for small and medium enterprises, there hasn’t been a substantive improvement,” Ye Xixi, director of the finance department at Wenzhou University City College, whose research focuses on small-and-medium enterprise (SME) financing, told Reuters in this article.

Here’s a question for PE sales and marketing managers: Did your boss take into account all of these complexities before she or he set your China targets for 2014?