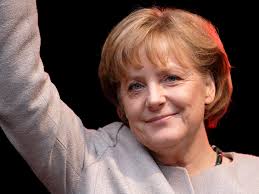 IT took Germany’s politicians five weeks, including a final marathon 17-hour negotiating session, to agree on a “grand coalition”, points out The Economist in this article.

The trouble is that, despite this massive expenditure of hot air the deal to form a government, led by Chancellor Angela Merkel (see left), appears likely to move the country in entirely the wrong direction.

For example, even though Germany has very worrying demographics and many other problems, the agreement includes plans to lower the retirement age from 67 to 63.

The health revolution of the last 50 years means that lucky Westerners in particular (unless they are uninsured Americans) have access to state-of-the-art medical services. They can thus live longer and more productive lives – and, as a result, they are able to help to compensate for falling birth rates by working well into their 70s.

Helmut Schmidt, chancellor of the former West Germany, has the right idea. In a 2010 speech, he talked about raising rather than lowering the retirement age in Germany.

But when your electorate is greying, the temptation is to pander to their individual interests. It is human nature to hope for an easier rather than a harder life, and so it is a tough proposition for any politician to tell voters that life is going to get a lot harder.

This, though, is what needs to happen. Demographics are bad across the whole of Western Europe.  We therefore need a new breed of politicians who begin from the public recognition that we are at a crisis point. They then need to inspire, to lead with a sense of vision and hope.

The danger is that unless such a breed of politicians emerges, Western Europe will continue to stumble from one failing set of policies to another in search of a sustained recovery that cannot happen.

Sure, we might get the odd quarter of, say, better retail sales compared with previous low points in the post-2008 crisis, but, despite its advances, medical science has yet to find a way of turning 55-year-olds into 35-year-olds.

For example, the agreement renews a commitment to close all nuclear power plants by 2022 and continue the shift towards renewable energy. The cost of the shift to renewables will place a further strain on consumers struggling with the steady erosion of total demand caused by an ageing population.

And as BASF CEO Kurt Brock told the blog’s colleague Nigel Davis, German chemicals industry energy and raw material costs have risen because of Energiewende – the renewables policy. German chemicals companies are paying around Euros800m a year to subsidise the scheme.

German chemicals players are also paying 2.5 times more for electricity than their competitors in the US and three times what those in the States pay for natural gas, according to VCI – the German chemicals industry trade group.

If Germany and the rest of Europe went for shale gas in a big way, energy costs would come down, maybe not to the level of those in the US, but by enough to give Europe’s chemicals industry a renewed competitive edge.

Meanwhile, as Germany’s politicians focus on the short term need to keep an ageing population and environmental activists happy, chemicals investment is flowing in the wrong direction as far as the nation is concerned: Capital investment by German chemicals companies in the US was up by 54% in 2012 compared with the previous year, adds Nigel in the same article we linked to above.

The problem is that finding feedstock advantage in another location isn’t by itself going to be the solution for German and other European chemicals companies.

They also need to have made demographics and other global megatrends the core of their product development strategies.

In an occasional series over the next few months, we’ll study the strategies of European chemical companies in order to try and assess to what degree the megatrends are shaping their development.