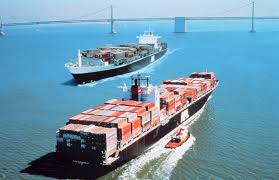 A LOT of the talk at this year’s GPCA conference in Dubai was of the need for more free trade in petrochemicals.

There seems to be a risk that as more countries develop refinery and petrochemicals businesses, free trade  will decline rather than increase.

Creating and protecting jobs will, surely, be a bigger priority for governments than saving money through importing low cost shale gas-based petrochemicals from the US.

The petrochemicals industry doesn’t create that many direct jobs, except in the construction phase, but it does provide local and thus secure supplies of raw materials for finished goods manufacturers. These manufacturers have created many millions of jobs in countries such as China.

Incomes from these jobs have also lifted many millions of people out of poverty. The more you earn the more you can obviously spend, creating a virtuous circle of rising petrochemicals demand.

Why would any country, which is in the process of developing its refinery and petrochemicals industries, want to give up on the opportunity for this kind of growth?

It can also be about the sound economic logic of adding value to local hydrocarbon reserves, which, of course, is exactly what the US is doing.  Take Vietnam as an example. At the moment, it is exporting crude whilst importing crude, diesel, gasoline and plastics etc.

Also, another kind of virtuous circle has been broken.

Countries such as China, despite big local capacity additions, used to be able to afford to source a big percentage of their petrochemical requirements from other countries that had lower feedstock costs.

The reason was that the chemicals and polymers imported into China and elsewhere were easily re-exported as finished goods to the West.

But now, demographics mean that demand in the West is on a long term, secular decline.

Total manufacturing cost differentials have also narrowed. It can now be as cheap, or almost as cheap, and more efficient in terms of product development, to make a washing machine in the US rather than China.

Emerging countries must, therefore, turn inward. They need to stimulate local demand in order to life more people out of poverty because the West can no longer be relied upon as a driver of export-led growth.  As we implied above, a great way of supporting this demand is through tariff protection, favourable financing etc for domestic manufacturing.

We also think that emerging countries will increasingly club together to form new and strengthened regional trading blocs. This will boost domestic demand for all of the consumer goods made from chemicals and polymers.

ASEAN is a good example of a strengthened trading bloc, which we shall explore in more detail in a later post. The 2015 extension of its economic links will further integrate 600 million consumers with a total GDP of $1.9 trillion.

Freer and easier trade between members of these trading blocs seems to be on the cards. This would involve lower tariffs, less customs red tape – and perhaps even the use of the strongest currency in a particular bloc for trading purposes. This would reduce the dependence on the US dollar.

Local refinery and petrochemicals plants and projects would obviously benefit from much more favourable intra-regional trade and so would become more important to the economies in which they operate.

This would give petrochemicals producers greater muscle to resist trade flows from elsewhere.

But they might not even need to use this muscle, given the tariff and non-tariff barriers that might already be protecting their operations!

The Iran-West Nuclear Deal: An Update

By John Richardson MANY thanks to a good friend of the blog, Mark Mark Mirosevic...

By John Richardson IT took Germany’s politicians five weeks, including a final...

The most important issue here remains the human cost of the coronavirus outbreak. My thoughts and ho...

By John Richardson I AM a bit confused this morning following some excitement about the Chinese deci...

By John Richardson A GREAT example of the extent to which global supply chains are exposed to China ...

We all hope that the coronavirus outbreak will soon be brought under control, that’s the main ...

By John Richardson THE WORLD was very different in 2003 when SARS struck. Back then, China accounted...