Home Blogs Single-Use Plastics: The Good, The Bad And The Ugly

Single-Use Plastics: The Good, The Bad And The Ugly 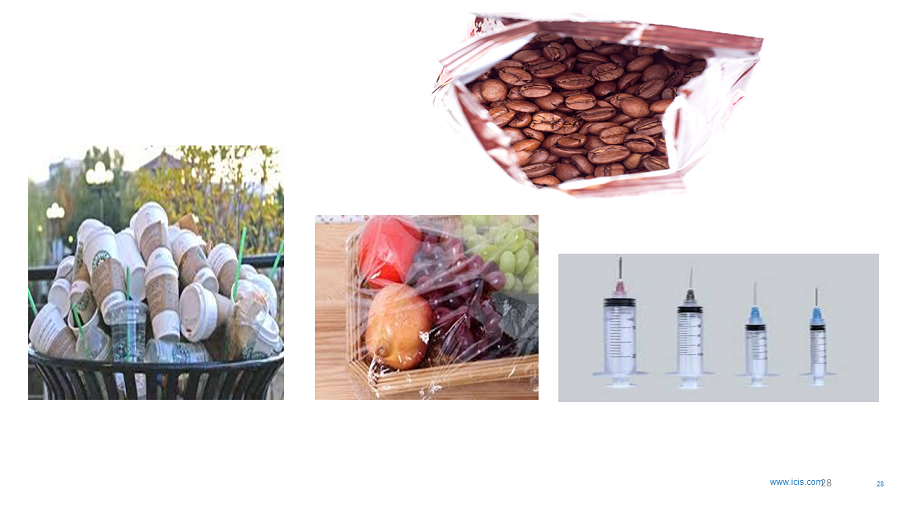 AN ENVIRONMENTALIST I used to know would often say, “The world is already choking to death on plastics. We don’t need any more. We must shut plastics plants down and stop building new ones.” She was only partly right.

Her anger at plastics pollution was often driven more by emotion than solid science. For example, when I pointed out the vital role that single-use plastics play in applications such as medical syringes, she argued that we simply had to find sustainable ways of making syringes – even if the economics didn’t work and supply was interrupted.

The picture above shows how, using the old film title, we can divide end-use plastics applications into the Good, the Bad and the Ugly.

The Good are clearly the medical syringes, the blood bags, the pill bottles and the multi-layer plastic films that wrap food and keep it fresher for longer.

It might be technically and economically impossible to find sustainable alternatives to make these products. In the meantime, as we search for sustainability, it would be nonsensical to legislate against existing methods of production.

Then, though, come the Bad and the Ugly. If people ate less chocolate we would enjoy better health. So perhaps legislation should prevent the use of multi-layer films for this application. This would mean chocolate would have to be made by small-scale, local artisan manufacturers.

Chocolate would as a result become more expensive. Increased costs would act as an effective tax on excessive consumption and so reduce consumption. Good luck with selling that idea to children, and their parents, at Easter. But hopefully you get my general drift. You may be able to think of much better examples.

Meanwhile, decidedly Ugly applications – one that seem to have zero societal value – include disposable coffee cups. It is bad enough that they are made from polyethylene (PE) that can’t economically usually be recycled because of the way that the PE is bonded with cardboard.

What makes these cups even worse is that they contain cardboard made from virgin forests. Would our lives be that much worse if we had to remember to take our re-usable cups to our favourite expresso bar on the way to work each morning? This is truly a first world problem.

What worries me is that unless the petrochemicals and polymers industries are very proactive in dealing with the plastics waste challenge, legislation may happen that bans end-use applications – the Good as well as the Bad and the Ugly. Emotion may get in the way of common sense economics, science and societal value.

A new way of looking at demand growth

Take China as the best example here, as China remains by far the most important market because of the size of its demand today and the potential for further growth.

Using PE as an example, our ICIS Supply & Demand Database shows that Chinese consumption was just 1.5m tonnes in 1990 and will have grown to 30m tonnes by the end of this year. By 2025, the market will be 41m tonnes.

How might the Chinese economy develop over the next eight years? To what extent will stronger inland growth be cancelled out by lower consumption in the developed coastal provinces?

This familiar debate must not be the only point of debate. Our base again forecasts that out of total Chinese production of linear-low density PE in 2025 – 10.2m tonnes – 830,000 tonnes will come from recycled material.

My post on Monday will suggest that PE and PP production in general in China could contain a lot more recycled material by 2025 than our base case assumes.

The post will look at the long term future of Chinese recycling. The Chinese government is rumoured to be ready to spend big sums of money on upgrading the domestic recycling industry.

We must also obviously consider what will happen to virgin versus recycled plastics demand in other countries and regions. Europe is at the front of everyone’s minds because of the recent EU announcement of a Plastics Strategy which requires all plastics packaging to be recyclable by 2030.

Europe will remain the second biggest region globally, behind China, in PE net deficits. PE is very vulnerable to the plastics waste challenge as 56% of 2016 global consumption went into packaging, or single use, applications.

It is very possible that legislation will come along that requires petchems producers to pay for the externalities – the environment costs – of what they do. In a 2015 study, the Ellen MacArthur Foundation wrote:

The first step is to find ways of physically tracking plastic pellets – all the way from the oil or gas well to landfill sites, incinerators and recycling or directly in to the rivers and oceans.

It is estimated that some 2bn people lack access to any kind of waste collection system and are thus forced to dump their rubbish in rivers or oceans. Most of these 2bn people in the developing world.

Smart sensors, artificial intelligence and block chains can help with tracking the life cycle of plastic pellets. This is a great money-making opportunity for polymers companies that develop in-house technologies, as well as for third party providers.

The next step would be to work with retailers to make plastics more recyclable. In some cases, though, single-use plastics could be impossible to recycle.

Polymers companies in such cases will need to work with landfill operators to ensure that, wherever possible, plastics are not buried in landfills. They must instead be broken down into transportation fuels, naphtha or chemicals.

The investment envelope for projects will widen. Today’s envelope extends only from the steam cracker to the polymers plants. But in future, project proponents will need to build into their feasibility studies the following three things:

On this third point, the good news is that feedstock costs for pyrolysis and gasification units are negative as landfill owners have to pay local authorities to be allowed to bury plastic rubbish.

So they will be willing to pay pyrolysis plant operators to take the rubbish off their hands. On a variable cost basis this will help justify the capital or fixed costs of building these facilities.

Another implication of Point 3 is that as more and more plastic waste is broken down in this way, the scale of green-field investments will surely become smaller. The million tonnes/year steam cracker could become a thing of the past.

Or why build a new cracker at all as the demand for virgin versus recycled resins declines? Why not just add an extra furnace to your existing, fully depreciated cracker, and supply that furnace with naphtha from the pyrolysis unit?

The details of what I have described are bound to be wrong as we are at such an early stage of change. What is crystal clear, though, is that there is no going back to the way the petrochemicals and polymers industries used to work.