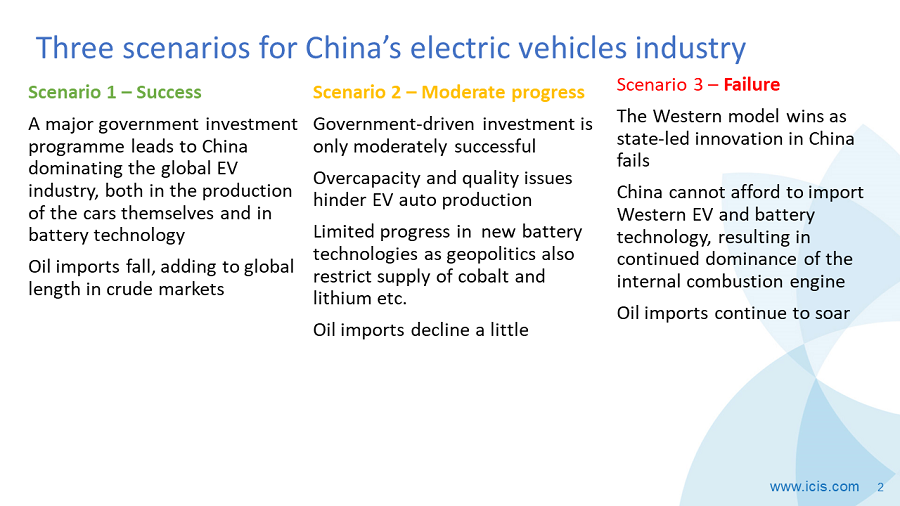 WHAT is the best route to innovation? Pure capitalism with a minimum amount of state interference or state-led investment programmes?

The answer is likely to of course vary sector by sector. In some industrial sectors, the capitalist approach will work and in others, heavy state involvement will be more effective. A hybrid between the two approaches is also likely to prove the best solution in some cases.

Crucial for China will be the overall net result. Will its state-led method prove sufficiently successful across the ten hi-tech sectors that comprise its “Made in China in 2025” campaign? If not enough progress is made, China will fail to escape its middle-income trap. Long-term economic stagnation will be the result.

The beauty of the Chinese system might be that it mitigates the risk of failure. Here is how the system works:

Sure, the US Chapter 11 bankruptcy system could be compared with the above approach where private investors, rather than the government, take a bit haircut when new businesses fail. Debts are cleared and entrepreneurs, with little social stigma attached to failure, are free to start again.

Then again, though, China’s state funding of innovation, along with allegations that it has stolen overseas intellectual property rights, has created the potential for a US-China trade war.

There is a scenario where China fails to get access to the hi-tech its needs to escape its middle-income trap because of a major fallout with its trading partners. Alternatively, it could water down state backing for innovation, but this seems very unlikely as it would involve major adjustments to its political and economic models.

It is not just the US that appears to be unhappy with China’s state support for innovation, the claims that it has stolen intellectual property, and technology transfer rules that govern foreign direct investment in China. Twenty seven European ambassadors to Beijing complained in April that China’s Belt and Road Initiative (BRI) would damage global trade by subsidising Chinese companies, according to The Economist.

But in my view, as long as the US continues with its “America First” strategy, the more likely it is that the US will find itself as loggerheads with most of its big trading partners. Take the US investigation into auto imports as the latest example of the growing split between the US and the EU, Japan and South Korea, as well as China. The EU etc. could as a result move closer to China, providing it with the access to high technologies that it needs.

The above slide prevents three scenarios – Success, Moderate Success and Failure – for China in one of the ten sectors that make up its Made in China in 2025 campaign: Electric vehicles (EVs).

What complicates the outlook for oil demand globally is quite obviously the global uptake of EV cars, which will be the subject of future posts. But China by itself matters hugely for oil markets as in 2017 it surpassed the US to become the world’s biggest importer, in gross terms, of crude. As this things stand as they are today, this trend is set to continue.

But Success assumes that all the government money being poured into subsidising EV sales results in auto sales being dominated by EVs and hybrid vehicles over the next decade. Oil imports collapse.

Success, Moderate Success and Failure in EVS in China would also have major implications for the petchems industry. For example, Success would see not only oil prices fall, but refineries shut down, threatening the supply of naphtha feedstock.

The Chinese government’s tool kit doesn’t just include subsidies. It has introduced a preferential licensing system in several cities, with those who buy EVs being given licence plates for free.

And will the West be able to win the EV race when investments in the necessary infrastructure seem to be lagging behind what’s taken place in China? In 2017, China had 195,000 public battery charging stations compared with 45,000 in the US.

But will EVs be as beneficial to the environment as some people claim? How will China balance the growth of the EV industry against its wider objective of reducing CO2 emissions and tackling air pollution?

In 2015, 72% of China’s electricity generation was via coal. The big increase in electricity demand resulting from the need to recharge batteries might significantly raise CO2 emissions. Meanwhile, EV cars are heavier than conventional cars. This results on more wear on brake disks and tyres with greater volumes of road dust thrown up. This increases PM2.5 air pollution, which is especially bad for human health.

But this is based on things as they are today. By 2040, China will be generating only 50% of its electricity from coal, according to the US Energy Information Administration. This could be a conservative estimate if advances in battery technology make it possible to store electricity generated by wind, solar and other renewables. EV cars may also become lighter as battery technologies move forward.

The large amounts of cobalt and lithium etc. needed for electric battery production are a barrier for EV industries in every region.

Ethically, what about the fact that much of the world’s cobalt is mined in the Democratic Republic of Congo (DRC) where conditions in mines have raised human rights concerns? Geopolitically, also, sourcing a regular supply from countries such as the DRC will be challenge. This will be perhaps made easier for China because of its huge investment in roads, bridges and ports etc. via its BRI.

Or will the outcome be less linear than this? Perhaps China and the West will share success in the EV industry through cooperation in different parts of this new manufacturing value chain. Ideally, yes, as this would cause the least economic and geopolitical friction. But right now, it is hard to see this kind of outcome. We live in a linear world, where there will be clear winners and losers.