US and China heading towards a new Cold War

That didn’t last long – , in fact, less than 24 hours,, when, as far stock markets were concerned, it felt as if US/China trade tensions had eased. In a tweet, President Trump has now raised questions about whether any new trade talks between the US and China will go ahead. And even if the talks do happen, the US negotiating position make it very difficult to see how this crisis can be resolved. As I therefore argue below, we are heading towards a new Cold War. 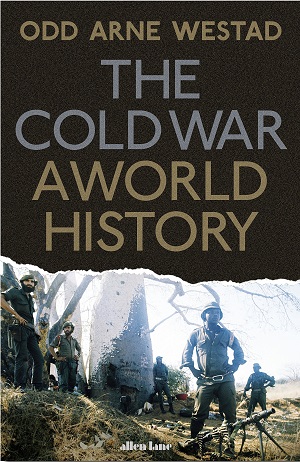 THE DANGER has been evident ever since the 2015 that Donald Trump would become president and that we would follow through on his threats to take on China. He has been entirely consistent in this regard.

Another pivotal moment came last November, when, for the first time, the US linked national security with economic matters in its revised National Security document. The document identified China as an economic and geopolitical adversary. It should have been obvious by then that the inevitable full-scale US/China trade war would be about more than just economics.

I grew up during the last Cold War. This makes talk about another Cold War – this time involving the US and China – very scary indeed. Let’s all hope that this blows over, but, as the Financial Times reports, Chinese officials do not think it will. They are preparing for a protracted trade war because of their belief that the main US objective is “strategic containment” of China.

And as the FT also reports, there is a chance that if the US completes its revamp of NAFTA, which must involve Canada, and also reaches a permanent truce in its trade dispute with the EU, the US may end up building a united Western front against allegations of unfair Chinese trading practices.

Sceptics, however, suggest that a more likely scenario is continuation of trade disputes between the US, Canada and the EU.

Multiple outcomes are clearly possible, including the bipolar world of two separate economic and geopolitical blocs  which I have been warning about for a year, as in the Cold War. This has now become my base case. I am struggling to see how this can be avoided.

This does not have to be a zero-sum game – one winner and one loser. There are legitimate concerns about Chinese intellectual property rights practices that can be addressed on the basis of give and take.

No commentary I can find in the mainstream press talks about the reason why the US request on state subsidies is impossible for China to agree to: demographics. China’s ageing population means that it has very little time to climb up the manufacturing value chain.

Of equal importance is China’s existential environmental crisis. It has to make much more progress in cleaning up its air, water and soil.

This is again essential for its long-term economic, as well as social, stability. This explains heavy government funding for industries such as electric vehicles, and perhaps for plastics recycling of domestic plastic waste.

A deal can therefore be done where China makes concessions on intellectual property and on foreign access to its vast domestic markets.

In return, everyone would need to back away from the trade war and China would gain access to the foreign technologies it needs in order to compensate for its ageing population and adequately clean up its environment.

I am very concerned, though, that in today’s hostile environment these compromises have little chance of happening.

I am reading Odd Arne Westad’s excellent history of the last Cold War when there were several opportunities on both sides to bring the war to an end, dating back to the 1950s.  But instead, as we all know, the war dragged on and on until the early 1990s.

Let’s not let history repeat itself.